CISC strongly opposes use of Government reprisal clauses for construction

MARKHAM, Ontario, March 12, 2020 (GLOBE NEWSWIRE) — The Canadian Institute of Steel Construction (CISC), its members, and the Canadian steel industry are very disappointed and disagree with the Supreme Court ruling in BC to dismiss the appeal of using Government reprisal clauses for construction.
The Supreme Court decision permits the continued use of reprisal clauses by Governments in the construction tendering process. Reprisal clauses ban contractors and subcontractors from bidding on government work for a given period if they are involved in legal proceedings against the government.“The use of reprisal clauses by Governments needs to stop now,” says Ed Whalen, President & CEO of the CISC. “It is essentially extortion and will lead to higher construction prices for the taxpayer with fewer contractors willing and able to bid Government projects. Governments should be demonstrating the best practices in construction and be acting as role models. Blackballing contractors is not fair nor is it right.”BACKGROUND
In December 2019, the Supreme Court of Canada upheld the reprisal clauses in the City of Burnaby’s contract terms that would disallow any contractor from bidding on a project if they were engaged or had been engaged in legal action against the City in the past two years.  The settlement process in Prompt Payment legislation would be considered action against the owner and therefore, the reprisal clause would be applicable.“If existing legislation would be eclipsed by clauses such as this, then the effectiveness of legislation is limited or nullified,” Whelan added.  “You cannot punish businesses when they are following the legal process and keep them out for up to 24 months thereafter.”ABOUT CISC
The Canadian Institute of Steel Construction (CISC) is Canada’s voice for the steel construction industry, providing leadership in sustainable design, advocacy, construction, efficiency, quality and innovation. The CISC’s efforts aim to advance the use and benefits of steel, increase Canadian market share, as well as advocate for a diverse community made up of manufacturers, fabricators, service centres, erectors, consultants, detailers, industry suppliers, owners and developers.The Canadian steel construction sector is a vibrant $5 billion industry, which employs over 130,000 people in its supply chain.Media Contact:
Paul Mikolich
V.P. Operations and Communications
(905) 604-3231
[email protected] 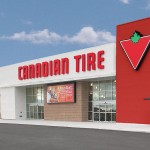