Situated on the coastline of Frobisher Bay in the far northern quadrant of the country, the City of Iqaluit and its 8,000 residents is by far the largest municipality in the Canadian territory of Nunavut. In addition to serving as the territorial capital it is also the only designated city on Baffin Island, known for its ice-capped mountains and rolling tundra valley landscape.

The Canadian Business Journal recently spoke with Iqaluit Mayor Madeleine Redfern about her city’s economic development over the past several years, which has been extremely impressive. What really bodes well for the future is that Iqaluit’s cumulative population is more than 10 years younger than the national average. Iqaluit means ‘place of fish’ but with so many people from the younger demographic staying in the community as a means of helping it prosper the municipality is seen as having outstanding potential to be a place of economic opportunity for future generations.

About 60% of the current population is comprised of Aboriginals, but the city is far more culturally diversified than would likely be expected. In addition to those families who have lived there for many generations there are also scores of residents who originally come from other parts of Canada and the world, including about 1,000 migrants from Newfoundland and Labrador. There is a large Francophone contingent as well as people from as far away as the Philippines and Lebanon.

The City of Iqaluit has become known for its vast fishing and mining opportunities, but the largest employer is government. Most businesses in the private sector tend to serve those government bodies. As a result of being named the territorial capital in 1999, Iqaluit’s governmental and job growth blossomed, resulting in a constantly expanding economy and that in turn has led to the opening of more government offices, spurring development and job creation.

To those who have never been to Canada’s northern region it is massive in its geographic scope, blanketing more than 2 million square kilometres. Not only is it diverse in its geography but also its biodiversity, cultural diversity and with respect to different arctic wildlife.

“People are one of Iqaluit’s most valuable resources and together we are working towards a better future that will preserve the strengths of our Inuit and northern culture, while embracing the changes of the 21st century.”

One of the primary challenges will be to manage and maintain the escalating growth rate. Logistical concerns are present in terms of providing the land and development required, along with the associated infrastructure requirements in meeting residential, commercial, and industrial demands. Nevertheless, the City of Iqaluit has collaborated with the various levels of government with an assessment of its infrastructure requirements and the need to develop a community economic development plan that promotes sustainability moving forward.

In August, 2017 a magnificent $300 million airport was opened, which has the capacity to service Nunavut for the next half century and beyond. As part of the massive construction project, which began in July, 2014, there is now a terminal eight times the size of the original. In addition to the new terminal some of the available funds were spent on overhauling air-side operations, including runway upgrades and new lights. There are also many more services, including a cafe, a store and a lounge.

“It’s the main destination when people come here. We’re a regional hub. There are two daily flights from Ottawa and then people can disperse to where they want to go from there. There are a tremendous number of people traveling back and forth, whether it’s for government business, contracts, the mining sector and fisheries and a number of other things,” says Mayor Redfern.

The community has four elementary schools, including a French school, a middle school and a high school. There is also Nunavut Arctic College, which is being expanded and will be double its current size and Akitsiraq Law School, a legal education program designed to increase the number of lawyers in Nunavut and the Canadian Arctic.

“Post-secondary education can range from such things as environmental tech to teacher education, law, nursing and cultural studies. The university courses are done in partnership with seven institutions,” says the mayor.

Nursing stations can be found in all small communities throughout Nunavut but the more serious medical cases are handled in Iqaluit, which has a full-services hospital to serve the primary health institution for the entire region.

“There is a tremendous amount of development that is happening in Iqaluit. In addition to the airport and Arctic College there are other projects such as port enhancements in the harbour, upgrading our wastewater treatment plant and upgrading the landfill with our own recycling and composting centre,” says Mayor Redfern.

The historic downtown is enhanced by many wonderfully unique architectural structures influenced by the Aboriginal culture including the colourful Legislative Building adorned with art work and and St. Jude’s Anglican Cathedral, which is shaped in the form of an igloo. The city is also the location of the Nunatta Sunakkutaangit Museum, which houses a large collection of Inuit and Arctic objects.

“The city is committed to beautifying our downtown core. We do benefit from having very unique buildings and they are spectacular inside. For anyone coming here I would definitely recommend going there,” remarks Mayor Redfern.

Eight years ago members of the G7 countries met in Iqaluit, which was an event that certainly helped in generating a tremendous amount of international attention. The meeting, chaired by the late Canadian Finance Minister Jim Flaherty, addressed ways of ensuring that the international banking system could avoid the kinds of problems that led to the global recession, which unfolded in 2008. Many of the local residents were pleased to have such international political leaders within their community, if for no other reason than to provide them and those reading the media reports of the event to get a better understanding of the way of life in the far north – just 300km south of the Arctic Circle. A number of important business leaders and heads of state have visited Iqaluit and been thoroughly impressed.

“There are a lot of dignitaries and ambassadors from different countries and we’ve had British royalty come for Canada Day,” Mayor Redfern proudly says.

There is always something to do in Iqaluit from an entertainment standpoint. Arts and culture festivals and musical concerts are plentiful throughout the year. Cross-country skiing and snowmobiling make for fantastic outdoor recreational activities.

“Many community groups organize lots of different fun activities for people who live here. There is so much in the way of arts and culture and it’s a very dynamic community,” says Mayor Redfern.

In terms of communications there is a notable media presence within the community that keeps residents tuned in with the rest of the country and the world.

“We have CBC with a station here that provides local and regional news as well as of course national and international news for radio and TV. We also have a French station, ATPN and a private station and a local newspaper,” says Mayor Redfern.

The future has never looked brighter for the City of Iqaluit but Mayor Redfern says that it will be imperative for her and the eight members of city council to properly monitor and manage growth in such a manner that is practical, sustainable and affordable.

“We have more than doubled in size since 1999,” she says. “There is so much opportunity here to work in both the government and the private sector. I would love to see a university in Iqaluit. Canada is the only Arctic nation without a university in the north. I want to continue to develop capacity, whether it’s in the way of governance or business. There is a tremendous amount of growth and opportunity here for business.” 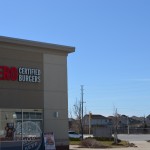 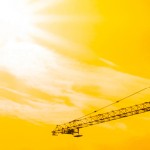