A mere 10km from British Columbia’s capital of Victoria is the burgeoning City of Langford, a thriving, vibrant community of almost 38,000 people located in the beautiful foothills of Mount Finlayson in the southeastern section of Vancouver Island. It is the largest municipality within the urban core of the West Shore, also known as the Western Communities, and is the third largest in the Capital Regional District.

Langford was officially incorporated on December 8, 1992 but has a long history of European settlement dating back to the mid-1800s. It was first established as one of four Hudson’s Bay Company farms by Captain Edward Langford and was also the site of early settlements during the gold rush era.

The Canadian Business Journal recently spoke with long-serving Mayor Stewart Young, who has held the position for 24 years, and also Hugh MacDonald, Chair of Langford’s Economic Development Corporation. When Young first assumed the Mayor’s seat Langford was certainly not known for having much in the way of industry. But as far back as 1992 Young and several other members of City Council had a vision to create an independent, self-sustaining community that would provide good-paying jobs for residents.

In 1992, barely 3% of Langford’s tax base was industrial and commercial. Today, thanks to great leadership, vision, tenacity and planning the commercial and industrial tax base is now at 20% and rising.

“It was a real focus more than 20 years ago to decide to change the way it had been for the previous 100 years,” Mayor Young begins. “We’re now encouraging more industry to come here and making it more attractive for them. We were the poorest of the 13 municipalities in the region but we’ve changed that and it’s very dynamic here now.”

Victoria has been a huge tourism attraction for decades, which made Langford city officials even more determined to capitalize on ideas to generate some of those visits to their own nearby community. But the mayor and other decision makers knew they had to come up with a strategy to obtain their attention. The idea was a unique one and is largely credited with being the catalyst for the city’s tremendous growth.

“It was 20 years ago that we decided we needed to become a sports tourism destination,” Mayor Young says. “It was important to transform our community and is one of the best things we’ve done.”

Langford proceeded to build recreational facilities that measure up to international standards with more than $100 million being spent on recreation. About $30 million was spent on the state-of-the-art YMCA/YWCA Aquatic Centre, which opened in May 2016. Rugby Canada now trains in Langford as does Golf Canada and Tennis Canada also has a predominant presence as well. An accommodating climate also works in favour of such outdoor activities.

“We have Olympic athletes here year-round. We don’t get much snow, so it became a natural place for Canada’s national athletes to train here. We put infrastructure money towards that to attract athletes, which then attracts international events. We’ve become a mecca for tourism based on recreation,” Mayor Young says.

“Langford has been designated as the official training centre for Rugby Canada,” MacDonald adds. “They’ve opened a City Centre park here in partnership with the City of Langford.”

The official training centre for Golf Canada is located at Bear Mountain Resort and the Canadian Downhill Mountain Biking team also trains out of the city. The success of many athletes at events such as the Rio Olympics has already led to more development at Bear Mountain. City Centre Park, where Westhill Stadium is located, is home to many marquee sporting events.

“Argentina and Chile are coming here in February for the America’s Cup Rugby Championships,” MacDonald reveals. “City Council has been very strategic in recognizing they needed a strong tax base to build these economic drivers for recreation and sport tourism.”

There is also the Bear Mountain Tennis Centre, which is equipped with Canada’s only all-red clay court indoor/outdoor tennis centre, with a projected opening for the outdoor courts being the Spring of 2017.

Twenty years ago there was nary a sports facility to be found. The local residents had to drive their children to neighbouring communities to get their children involved in sports and recreation programs.

“We’ve spent $100 million on recreation, including a new pool with the YMCA and a private-sector company manages our sports facilities,” Mayor Young proudly says. “There are also things like restaurants and a bowling alley – all things that the community has built. We get the revenue back from these and it helps us build more facilities.”

The entrepreneurial spirit is an engrained culture in Langford that isn’t often seen in other municipalities. There is a great sense of civic pride in being able to get things done and being anti-bureaucratic. The city has just 67 employees serving a city of almost 40,000, a miniscule ratio which is essentially unheard of anywhere in Canada. The belief is that smaller government is far more efficient and quicker to respond to the needs within the community.

“We run this city like a business and analyze the various opportunities. Our staff is very entrepreneurial; they are positive and become engaged. We have 48-hour building permits and rezoning permits that are completed within three months,” Mayor Young says.

Families are moving to Langford because there is so much in the way of new infrastructure, including schools, parks, recreational facilities and new sewer lines. Mayor Young has been in office for the past 24 years and has three of his colleagues who have been right alongside him the whole time to see the impressive development during that time period. The continuity of having a group of like-minded civic officials working together for so long has been a great benefit in having everyone pushing in the same direction in what has been a common vision for the future of the city.

“We’ve had politicians who are truly good at what they do and are not afraid to make difficult decisions and they’re not afraid to look at new innovative ways. We’re always looking for a better way to do something,” Mayor Young says.

The enthusiasm and passion for the community displayed by both Mayor Young and MacDonald is unmistakable. They, along with the residents and workers within the community, have successfully transformed Langford to a ‘have’ from a ‘have not’ and has become the envy of other towns and cities.

“Langford has become a model for our other regional municipalities. We’ve become a hub for the big-box stores and a commercial centre for the entire Victoria region.” MacDonald says.

Retail, wholesale and light industrial are also all significant contributors to the local economy. Many of those jobs enable people to remain working within their own community, rather than having to commute to Victoria, or having to leave Vancouver Island altogether, which was most often the case 20 years ago.

“We’re working on a new 300-acre industrial park, which will be the largest one on the island,” Mayor Young tells us. “Langford residents are excited about being able to live here, buy an affordable house and have a good job. These aren’t $10 an hour jobs.”

Development of the light industrial park is a partnership with several other municipalities and First Nations. The goal is to build a large centre that will provide employment for the next 30 to 40 years. Innovative forward thinking is what has helped Langford to expand so rapidly, with an economy that keeps growing.

“What’s enabled us to develop this large industrial park is that over the past three or four years, City Council has built $40 million in roads alone,” adds Jim Bowden, Langford’s Chief Administrative Officer. “This road infrastructure will enable the transportation network to handle such a large industrial park and provide future employment for the residents.”

Mayor Young and MacDonald are confident that, when in a room full of business people, homeowners or developers, they will be able to achieve their goals. Mayor Young is constantly thinking about possible improvements and enhancements for the city, which means he’s thinking 24 hours a day, seven days a week. In fact, the mayor admits to sending emails to staff members at all hours of the day – or night – which is why he recommends they turn off the ringers on the smartphones if they hope to get a good night’s rest.

The city’s downtown core is the heart of Langford and represenxts a key component of the community’s overall identity.

“Our downtown is extremely vibrant. There has not been a ‘For Lease’ sign on our main street in the downtown core in at least 10 to 15 years,” Mayor Young remarks.

The north side of town is home to the big-box stores. To get to and from those big-box stores people must drive through the downtown core and Goldstream Avenue to reach the large mall on the south side. In effect, they serve as two anchors at both ends and the traditional downtown right in the centre.

“Council made two very strategic moves to ensure the downtown remained strong,” MacDonald adds. “They created a village feel including a big banner that says ‘Welcome to Goldstream Village’ and then they created this beautiful fountain in the middle of the road in a round-about with music playing. It’s got a European feel to it. The second strategic move was making it a policy that they will never charge for parking in the downtown core or anywhere in Langford.”

There are also no private parking lots either, which means parking is free throughout the entire city. It’s another gesture on the part of the city that goes a long way with people. Mayor Young, MacDonald and the entire civic team want to work with the business community to ensure it’s both a prosperous and enjoyable experience to be a part of the municipality. Whether it’s an existing businessperson or one who is thinking about moving into the city, Mayor Young and MacDonald are always available to assist in whatever way they can.

Another attractive quality in Langford is that there is just a one-time $50 business licence that is required with no extra taxes or hidden fees. Mayor Young says Langford wants to attract more enterprise – not drive it away. “I want businesses to come here and to thrive. The fact that they are creating employment for the people in our town I am so happy for that. Why would I charge them a fee every year for a business licence?”

Given the tremendous growth and success of Langford over the past two decades, it comes as no surprise that the vision for the future is not just three to five years down the road, but Mayor Young and MacDonald are envisioning a development plan that is 20 to 30 years out.

“We’re not doing five years because as you build your community you have to be forward thinking and decide what will lead us in the future. Our objective is to deliver the best-paying jobs for our residents,” Mayor Young says. “I also want to have world-class entertainment. When you get people coming from all over the world it opens up our community’s eyes to a broader, global way of thinking.”

A sizable part of the civic business plan is to continue with the development of such winning tickets as sports tourism, light industrial and transportation. Also in the works is a 50-acre hi-tech park and specialty-manufacturing centre.

“The excitement is contagious,” MacDonald adds. “One of the key partners – Bear Mountain – their ownership group is determined to make that facility the No.1 non-alpine resort in North America and they are making it happen. It’s like its own little village that is contributing hugely.”

The opportunities for Langford appear to be endless and it’s quite apparent the city is enthusiastically up for the challenge. 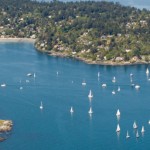 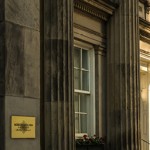