One of the most desirable places to live and work in the province, the Weyburn region of southern Saskatchewan is comprised of the City of Weyburn and the surrounding Rural Municipality (RM) of Weyburn. With a population of over 10,000, the city was recognized as Saskatchewan’s fastest growing city in the 2011 census, with steady and consistent growth since. Just 70 kilometres north of the U.S. border and an hour away from Regina, the centrally located City of Weyburn, also known as “the opportunity city,” works in conjunction with the surrounding municipality to promote opportunities for businesses and residents to settle down and succeed.

A boom without a bust

Historically, agriculture has been the backbone of the well-established prairie city, and this industry has been cultivated in the region for over a hundred years. Weyburn is still the largest inland grain gathering point in Canada. Oil and gas has been another substantial driving force in the development of the region since its discovery in the mid-1950s. The Saskatchewan Oil & Gas Show is hosted biannually in Weyburn. However, Weyburn strives to maintain a multi-dimensional economic base.

“Other types of industries set up here as well. Oil, gas and grain are central, but you’ve seen the slow shift to other start-up businesses,” says Cheesman.

The Weyburn region has a unique business culture due to the presence of professional and regional headquarters located in the area, such as the Health Region head office, the School Division head office and a SaskPower hub, adding a professional complement of residents and providing a variety of opportunities coupled with greater long-term stability.

“To fill in the blanks around oil and gas we have a manufacturing sector that seems to be thriving in this environment, although it is a smaller sector. The variety tends to buffer the ups and downs of industries. Oil and gas, as we know right now, is in a down, but in Weyburn we seem to be feeling it less drastically. We have a more stable economic environment that can weather these storms well,” says Economic Development Officer Rochelle Wendt.

The Weyburn region is focussed on maintaining constant development and growth, both by encouraging new businesses to establish themselves and older businesses to expand. For instance, Crescent Point Energy, an Alberta-based oil and gas company with its regional headquarters in Weyburn, has gone from a small company of under 50 employees in Southeast Saskatchewan to nearly 300 in less than a decade.

Wendt proposes that due to the Weyburn’s strong economy, there will always be opportunities. Residents have comparatively higher incomes, with the average household income being the third largest in the province.

A promising future ahead

Location and accessibility have helped Weyburn grow into the promising business locale it is today.

Weyburn is located atop the Bakken Oil Formation. This shale play is one of the world’s most prolific oil producing patches. Some of the formation’s largest investors are Weyburn-based companies.

The Weyburn region is dedicated to keeping up with technology in order to support growing demands for their resources. Two carbon dioxide enhanced oil recovery projects, operated by Cenovus Energy and Apache Canada, are located in the Weyburn region, as part of the International Energy Agency Greenhouse Gas Weyburn-Midale Carbon Dioxide Monitoring and Storage Project, managed by The Petroleum Technology Research Centre.

Further, companies based in Weyburn benefit from access to the Global Transportation Hub (GTH), located an hour away from Weyburn. The GTH is Canada’s only autonomous Inland Port Authority, providing rail access to all major ports in Canada and the Gulf Coast, and shipment points and trucking connections to all major networks, including Trans-Canada, Chicago and Mexico.

Young professionals often choose Weyburn as the place where they can build their careers due to the proactive attitude of municipal leaders when it comes to housing and development, making Weyburn an appealing business location; the availability of sundry housing options gives employers a competitive advantage when attracting workers. By the year 2025, Weyburn is projected to have over 450 acres of land planned for development and a population of 22,000, along with an estimated $200 million in planned capital projects.

The Weyburn Planning District Commission is joint between City of Weyburn and the RM of Weyburn. In order to see the “bigger picture,” representatives collaborate to develop the region’s growth plan in a complementary way, ensuring that commercial and residential buildings are located appropriately to create circumstances that work well for businesses and community members.

Cheesman explains that when municipalities work together with the business community, this creates a healthy climate to attract new residents and business owners for the long term. Municipal representatives who understand the city well can advise businesses of the most promising areas to develop their enterprises, creating mutually advantageous opportunities.

“Right away the idea was to involve the Chamber of Commerce, the business sector and the development sector for viable long-term planning, with the interest of long-term social and economic stability for the region,” says Cheesman.

Wendt acknowledges the essential need for adequate housing in order to promote city growth, ranging from affordable to high-end options.

During a boom about five years ago, the city commissioned a study to determine the various percentages of different housing options needed in order to address the increased demand, and then orchestrated a plan to encourage developers with incentives. Currently, there are three major residential subdivision projects underway; one of them includes a large commercial addition.

“Back in 2010 we were at a real high point for growth and development. People were moving here every day. New people were showing up to work. There was a lot of opportunity for jobs—not a sustainable type of situation, but a situation worthy of taking advantage of while it existed.

When the economic situation settles, if people haven’t secured their place in your community by having a home, then they leave. We wanted to create an opportunity for people to come into the city at a time of real attention and growth, but also settle in. So the city looked at what needs to be done to make sure that we have housing options across the board,” says Wendt.

A community with character

With tree-lined streets , old neighbourhoods that mesh with newer ones and the presence of a river running through part of the city, Weyburn has pristine beauty along with the character of an established town. This links the city intrinsically to its natural surroundings.

“We often get the feedback that it is a clean, attractive city. Well-developed trees and the river running through creates a kind of personality for the city as well. The city pays a lot of attention to using our natural features to create personality. We’ve got a 10-kilometre walking path so you can take in a lot of that natural landscape. There’s focus on being respectful of that and working with that as the city is planned and developed,” says Wendt.

Weyburn is a friendly, family-oriented community where residents find it easy to make a place for themselves to settle down. Wendt mentions that residents frequently praise Weyburn’s sense of neighbourhood. Those who move to Weyburn for employment quickly establish themselves within the community and find friends among neighbours.

“We have a safe, healthy culture here. We have that desirable kind of opportunity here to not worry about your children when they are out and about,” says Wendt.

The Weyburn region has all the necessary components of an appealing community, such as stable, affordable housing prices and the presence of a welcoming culture for residents and visitors. This ensures that people are attracted to Weyburn not only for its business potential, but also because it has a lot to offer as a place where people can build their lives. 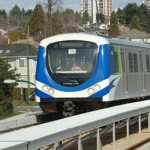 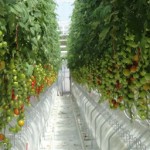