The City of Yorkton, Saskatchewan is located about 300 km south-east of Saskatoon and is a veritable hub of activity with a diversified economic base that includes more than 1,000 businesses, which employs more than 9,000 people. Incorporated in 1928, Yorkton is predominantly recognized for its agriculture, manufacturing, food processing, construction, retail trade and healthcare sectors.

The Canadian Business Journal recently spoke with Yorkton Mayor Bob Maloney, who is just finishing up a four-year term in October. The city has enjoyed impressive growth over the past seven years as evidenced by about $377 million in building permits. Although there are a number of key business sectors, the mayor says it’s still very apparent which one remains at the peak.

“Agriculture is the first thing that comes up,” Maloney confirms. “We’re very much an agriculture service centre.”

It’s no secret that agriculture will remain as the fundamental business sector for the foreseeable future and Maloney believes there will be more value-added industries sprouting up in support of the sector, and particularly in the aftermath of the Canadian Wheat Board no longer being in Yorkton.

“I think other companies are going to step into that void, especially when it comes to marketing specialty crops such as peas and lentils,” Maloney says. “We have a local producer that is doing flax seed right now and selling it across the world, with customers in Philippines and China.”

Business expansion within Yorkton has led to a residential population now approaching 20,000. Known as a preeminent agriculture service centre and shopping centre for up to 200,000 people in the region, Yorkton represents the third-largest base in the province, behind only Saskatoon and Regina. People are regularly drawn in from as far as western Manitoba with a recent traffic study revealing there are about 2,200 vehicles coming in on Highway 9 each day from north of the city alone.

“In total traffic movements it’s probably more than 4,400 on just Highway 9 alone,” Maloney says. “It’s the confluence of highways that has really built the City of Yorkton. We’ve got Highways 9, 10, 16 and 52 and they are all a big reason as to why Yorkton has grown.”

A poignant aspect for Yorkton is that the vast majority of those traffic movements are traveling specifically to the city – as opposed to merely driving through it. Yorkton is most often the destination, which further enhances the local economy.

In addition to the well-established agriculture industry, a number of spin-off manufacturing opportunities such as food-processing plants have arisen. Corporations such as Morris Industries, Leon Ram and Harvest Meats as well as two large oil seed plants are integral to the community’s prosperity. Two major oil seed crushing plants – Louis Dreyfus Commodities and James Richardson & Sons – bring about substantial business opportunities to the area, handing at least 200 truckloads per day. Cargill Canada and Viterra also have a notable presence within the municipality.

“There are some good looking crops this year. It really does drive the economy in rural Saskatchewan,” Maloney says.

The mayor says the construction bubble within the city has slowed from where it was several years ago, with about 70 housing starts per year, but other areas have now begun sprouting up. “We’re finding we’re getting the condo, adult-senior condo type of construction and there still seems to be a demand for that,” he says.

About four years ago the city celebrated the opening of what has been described as one of the greenest water treatment plants in Canada. At a cost of $33 million it represented the largest municipal project in Yorkton’s history.

Retail trade is also quite significant for Yorkton and its surrounding region. In numbers from 2014 there were almost $600 million in retail sales with Maloney saying the 2017 forecast is $613 million.

Healthcare facilities and capabilities are always a major factor when businesses are looking to locate in a particular town or city. Mayor Bowman says Yorkton has that well covered.

“Our Yorkton Regional Healthcare Centre provides services to a huge region. We have patients coming in from as far as western Manitoba. There is campaigning to have a new hospital built in Yorkton with some fundraising having already begun,” Maloney says.

Maloney is also quick to point out the excellent educational system with the local high schools and Parkland Regional College, which has been increasing their number of programs it offers. “I know they offer full nursing degrees and we just opened our Trades and Technology Centre last year through Parkland as well.”

The development of industry and strong educational platforms will assist in keeping local talent from the next generation in the region, as opposed to looking elsewhere for a career.

“People will move to job – there’s no mystery to it,” Maloney says. “If there’s a job appropriate to their level of education they’ll move here. We’re seeing that in financial services where we’ve got some bigger players in the field. If someone’s graduating with a CPA there is a job for them. I think you’ll see that continue to increase.”

The mines at Esterhazy along with potential development in Melville and Bredenbury provide more positive outlook for the future. Potash mining is huge in this part of Saskatchewan. Every time a new mine goes into production it provides tremendous spin-off business opportunities for Yorkton.

“We’ve got a fairly big contingent of people who work at the mines at Esterhazy but live in Yorkton,” Malone says.

“The big thing is reaching out to business and coordinating when people come in to see us we really pride ourselves on having a one-stop kind of approach where we can put everybody in the room where they can talk to our economic development officer, our planners and public works people,” Maloney says. “I’ve had really good comments from people coming here about our lack of red tape compared to some other centres. We really do try and get things done in a timely fashion.”

Yorkton endured a major flood in 2010 and from that a plan has evolved to enhance the drainage systems. The city is currently in the midst of executing a large drainage project with a price tag of about $12 million. It’s made more difficult for smaller communities that seem to get less federal and provincial funding and when it comes to drainage, streets and roads they are often largely left to their own devices.

An entire new subdivision was built two years ago to accommodate expansion. The city was short of highway commercial entities but now has that subdivision ready to go in full support. John Deere is in the midst of a major undertaking that will result in a regional distribution centre based out of Yorkton. The project is expected to be completed by this autumn.

“It’s good jobs for people in the community and it shows they are confident to make that kind of investment here,” Maloney says.

The Gallagher Centre is a local hotspot equipped with an arena, curling rink, conference rooms and an indoor swimming pool. Wonderful amenities such as the Gallagher Centre Water Park provide fantastic fun and recreation for all ages. Additionally, there are top-tier healthcare and education facilities make Yorkton a very desirable place to live. Additionally, the beautiful parks and scenic walking trails make for a very livable, safe community with that small-town feel in a larger package. Yorkton is less than an hour’s drive from Lake of the Prairie, which is known as one of the premier locations for walleye fishing in North America while the sand dunes at Good Spirit Park always make for a great day out, less than 30 minutes away.

“In the winter we’ve got our Sno Riders Club with an extensive trail system. They tied for first for the best snowmobiling destination in the country. We’ve been fortunate to have hosted some very large curling events. Yorkton has hosted most of the best curlers in the country and one time or another. It’s terrific publicity for the city and brings in a lot of visitors,” Maloney says.

Painted Hand Casino is a big supporter of projects and events across the city. The casino is operated by Saskatchewan Indian Gaming Authority (SIGA), provides gaming facilities with 225 slot machines, seven live table games, and a multipurpose room that seats up to 500 people.

“People will come in on a Friday night to watch a Terriers’ junior hockey game and spend time at the casino on Saturday before heading home on Sunday. The thing I like most about our city is that you still have that small town atmosphere but we put on a number of great events.” 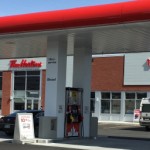 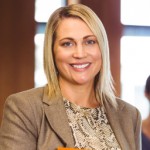