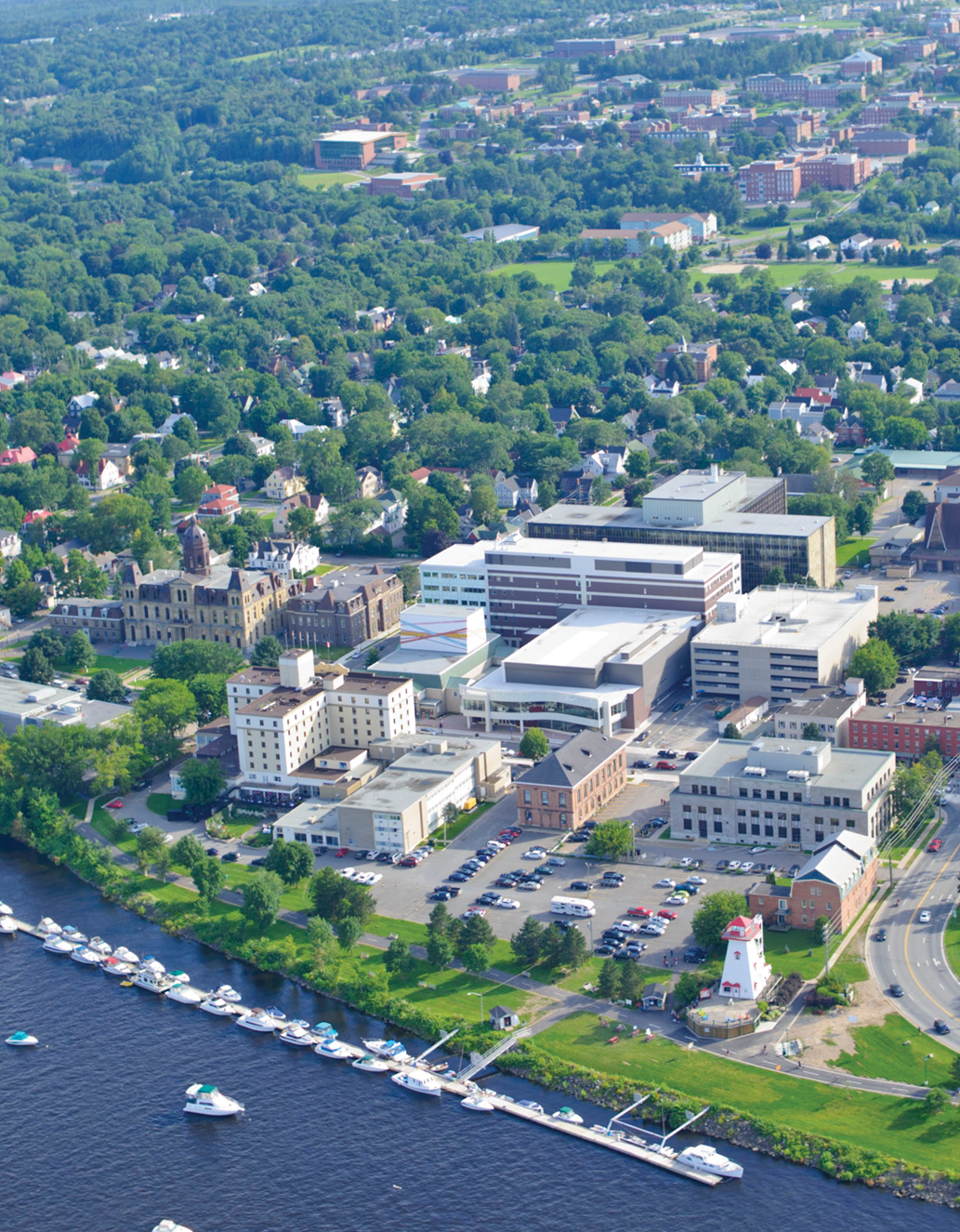 In late October, City of Fredericton Mayor, Brad Woodside, was in Creston, B.C., speaking to a number of municipalities on the success of Fredericton’s Enterprise Fredericton program, and the city’s emersion as a national hub for startup businesses. Municipalities across the country are looking to Fredericton as an example of rapid economic growth and development generated from within the community.

The Vision 2020: Fredericton’s Economic Development Strategy was launched in March, 2013 to articulate the city’s go-forward vision and plans to foster a world class environment for startups – particularly those in the knowledge-based industries which will translate to high-yield jobs supporting the community as a whole.

“One of the biggest elements of the Vision 2020 process was to ensure that we had a very supportive ecosystem and environment to nurture startups and businesses in our community,” says Mayor Woodside.
At the centre of the strategy is sustaining an environment that nurtures, develops and propels innovative entrepreneurships and commercialization.

The prescient vision of Council and the business community, Knowledge Park was launched 14 years ago to house the ambitions of the city. Knowledge Park is a for-profit private organization, of which the community at-large are the stakeholders. As opposed to having dividends paid out as such, the dividends are reinvested back into local economic development initiatives to drive growth.

“The city has been very close to  Knowledge Park and Planet Hatch. It is an integral piece of local business ecosystem, facilitating companies to innovate and commercialize their technologies into game changing products and services,” says Mayor Woodside.

The 8,000 square-foot facility was designed for the collective joining of like-minded entrepreneurs, technology startups and R&D initiatives who could not only benefit from a rich working environment, but a vast support network.

“If you put like-minded people and organizations in close proximity, as long as there are synergies in organizations and a dedicated focus on strategies, you then begin to create clustering. When clustering works well, other synergies and opportunities are created,” says Knowledge Park CEO, Larry Shaw.

The city focused in on the knowledge industries because an economic growth engine really has to cover multiple facets of opportunities, such as work in Information and Communications Technology (ICT), accounting, engineering, R&D, and attracts a broad spectrum of companies. What that has led to in today’s environment is Fredericton being a national leader for these services and solutions. “Knowledge Park is ground zero for the initiatives that we work on now, which is really commercialization at its broadest description,” says Shaw.

A Passion for the Future

“We set out to establish and become our own manager of assets,” says Mayor Woodside, “and we have made Fredericton the most technology-friendly city in Canada.”

From Fred e-Zone, a free, public, city-wide WiFi network, to GoFredNet, low cost, commercial grade fiber optic connectivity for businesses all over the city, these systems help businesses expand and reach their clients internationally at the best prices in Canada.

“All money goes back into our innovation infrastructure and it has paid dividends. We are now starting to see the attraction of new startup companies, and that’s something that’s really exciting. It not only brings young and talented people to our community, but it keeps them here,” says Mayor Woodside.

Mike LeBlanc is CEO of Blue Spurs, a state-of-the-art software solutions company founded in Fredericton in 2012. “This best keep secret is starting to get out,” says LeBlanc.

“Simply put, the talent, infrastructure, and economics of running a software services company in this region has allowed Blue Spurs to provide world class solutions at very aggressive price points.”

Knowledge Park’s latest occupant is Planet Hatch and its ACcelR8 program. The first of its kind in Atlantic Canada, Planet Hatch, which is described as an “entrepreneurial mall,” connects startups with the tools and resources to accelerate the stages of getting their ideas to market. A vibrant entrepreneurial hub, Planet Hatch is where innovations come to life.

“Knowledge Park is an integral element of the province’s innovation ecosystem. The Park’s commercialization environment, Planet Hatch and its ACcelR8 program is a primary pathway supporting Fredericton’s vision of being ‘Atlantic Canada’s Startup Capital’ as set out in the City’s Vision 2020 Economic Development Strategy,” says Shaw.

Planet Hatch stands on the shoulders of the city’s intellectual infrastructure, which started out with Knowledge Park and GoFredNet. Bill McGrath, Co-founder, OrangeSprocket, “Planet Hatch couldn’t exist in a more perfect echosphere. We have the talent, technology infrastructure and proven track record of startup successes to leverage and foster startup growth.”

Launched in September, the centre is already working with its first cohort from varying knowledge-based sectors like ICT, aerospace & defence, advanced manufacturing design to biotech with aspirations of rapid commercialization. Originally planning on starting with five startups, the application pool was so strong that Planet Hatch started with six.

“It takes a village to raise an entrepreneur” says Sally Ng, Executive Director of Planet Hatch. “Our role is to eliminate confusion for people and companies who are in the starting phase of their business, and help them to grow faster and more efficiently.”

Program participants are given access to funding support; a mentoring program; professional services such as marketing, legal, and accounting; physical space; research expertise from the University of New Brunswick and other Atlantic Canada universities through Springboard Atlantic, as well as other enablers in the ecosystem like Pond-Deshpande Centre and Propel ICT.

Investing in New Brunswick’s next innovative success stories is an essential part of the provincial government’s plan to create jobs in communities and rebuild the economy.

The Atlantic Canada Opportunities Agency has contributed $495,000 to Planet Hatch during its first three years, and the Province of New Brunswick will provide seed funding of $25,000 per entrepreneur up to 10 entrepreneurs in the first year of the program.

Peter McMath, President, Timbre Cases, a startup in Planet Hatch’s first cohort, says, “As a first time entrepreneur, it’s been crucial to have a great support system in place.

Starting Timbre Cases in Fredericton has proved to be invaluable because of its highly supportive community and culture. There are some amazing people behind the scenes who really drive this ecosystem, making Fredericton a valuable home for our startup.”

Economic Development Officer for the City of Fredericton, Laurie Guthrie, says, “In developing Vision 2020, the city consulted with 250 primary stakeholders representing all sectors across community. The primary recommendation was reinvestment in our local economic development agency called Enterprise Fredericton – this organization is laser focused on providing that business support and counselling piece for startup businesses in the city to start, grow and prosper. It’s essentially a business triage;  not only are we dealing with startup clients, but triaging them off to planet hatch and other levels of government so they can access various programs and funding.”

“When you look at our community way back, we knew that we really had to make our own way, if you will,” says Mayor Woodside. “And I think it’s been a real team effort between the community and all the stakeholders and partners, and that’s the reason for our success.” 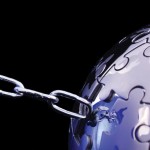 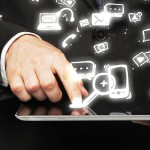