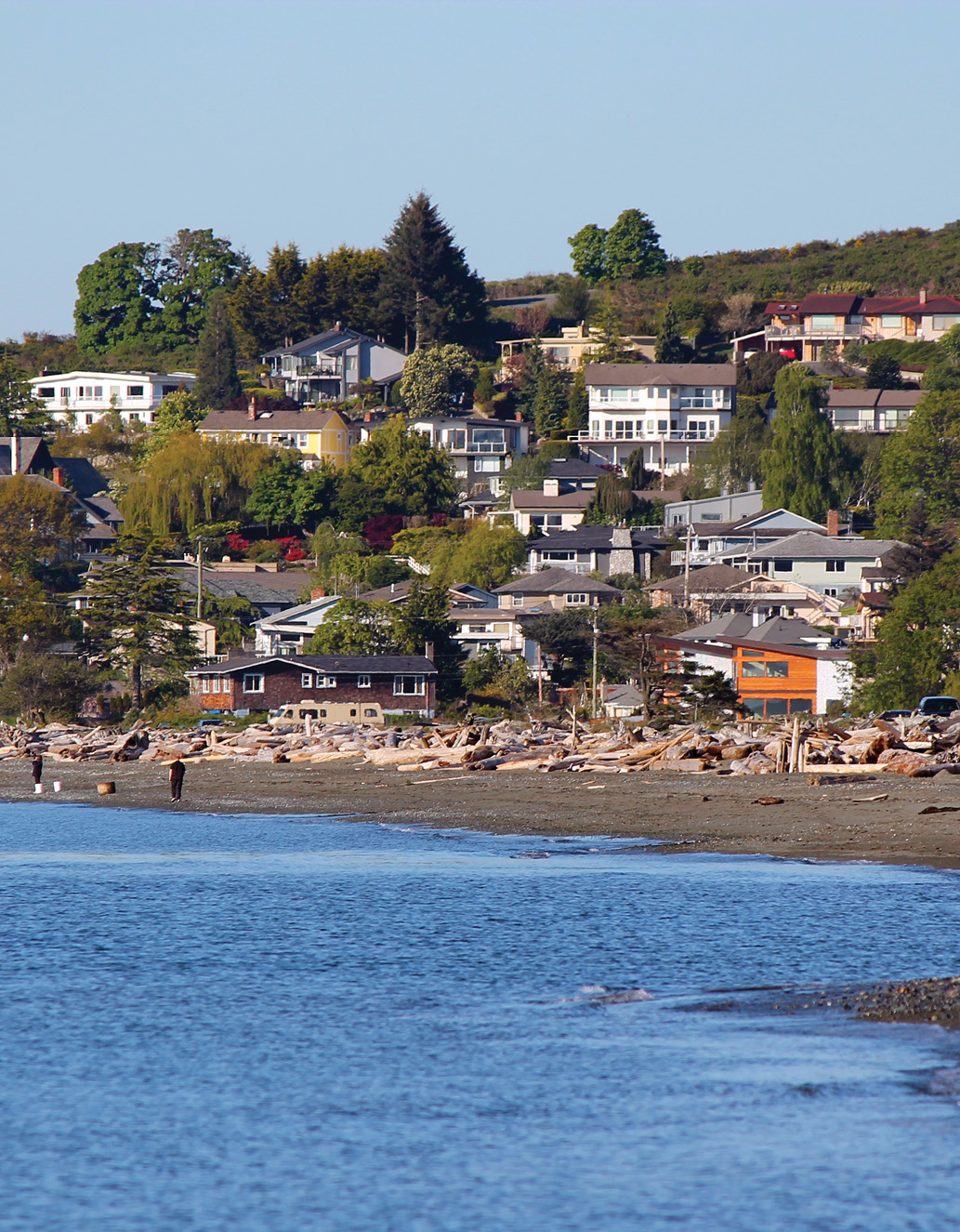 Situated on the southern tip of Vancouver Island, the City of Colwood is a beautiful seaside community that offers a balanced lifestyle within close proximity to the larger centre of Victoria and surrounding Capital Regional District.

The City of Colwood is just 20 minutes from Victoria, the capital of British Columbia and southernmost city in Western Canada. Home to a population of nearly 17,000 residents, Colwood prides itself on its picturesque landscape of old growth forests and exhilarating water views. The city is also home to three acclaimed national historic sites, including Hatley Castle, Fort Rodd Hill, and Fisgard Lighthouse, one of few lighthouses granted heritage designation. The three sites are all major tourism draws within the region.

The city is expected to grow by leaps and bounds over the next 10 to 20 years, with several large developments that are currently underway. Royal Bay, which was formerly a gravel quarry, is one of the largest waterfront development properties in the region. Plans for the more than 400 acres of waterfront land now owned by BC Investment Management Corporation include a seaside village, home to linked neighbourhoods, attractive greenways, parks, schools, and more.

This summer, construction will begin on a new secondary school in the Royal Bay site. It is one of two new schools in the West Shore region that will open to 800 students in September 2015, with the potential to accommodate up to 1,200 students. The school will also include theatre space for 350 patrons, adding to the tourism and cultural draw within the local community.

“Royal Bay is an exciting mixed-use project that is visible from the shorelines of downtown Victoria,” Colwood Mayor Carol Hamilton told The Canadian Business Journal. “Over the next 15 to 20 years it will grow from a quarry into a vibrant neighbourhood that promotes education, arts and culture. Throughout the West Shore communities there is a very keen interest in developing our cultural community within this new neighbourhood and we envision that this area will draw tourism based on its arts and cultural nature.”

Capital City Centre is another large-scale development project currently underway in the heart of Colwood, commonly known as Colwood Corners. The redevelopment combines residential living with commercial retail, in addition to offering recreational and social amenities. Highlighted by the 27-storey Skye Tower, this mixed-use development will transform the area into a vibrant urban community.

“It is a location that will provide all the amenities needed for a balanced lifestyle where you can live, work and play,” said Mayor Hamilton. “In addition to expanding our City’s economic base, the community is being designed to focus on healthy living and walkability with easy access to transit so that we can keep people moving around without additional cars.”

The site was selected in part due to the breathtaking ocean views it will offer, as well as its proximity to recreational opportunities. The site is adjacent to hiking and biking trails in Royal Roads forest and the Galloping Goose Regional Trail, which is a commuter trail that leads directly into the City of Victoria. It also sits next to the Royal Colwood Golf Club and West Shore Parks & Recreation, which features a library, two ice hockey rinks, a curling rink, a fitness and aquatic centre, baseball fields, golf, tennis, and more.

Also within Colwood’s city centre is the Westridge Landing development, led by Metropolitan Capital Partners, which has added commercial spaces to the city centre area and includes plans for a hotel as well as additional commercial and residential spaces.

“We are a City that is not afraid to lead with innovation when the benefits are clear,” Mayor Hamilton commented. “We have been working with the federal government on a long-term grant program that involves raising local residents’ awareness of clean energy options. Plans are in place to expand it into a greater area.

“The grant program involves solar panels to preheat water in your home, promoting energy savings and efficiency,” said Mayor Hamilton. “We took the lead by installing photovoltaic panels on our Fire Hall, demonstrating how the system saves money by feeding energy back into the grid, where ultimately it is creating and storing our own power.”

The program has the added benefit of increasing the number of installers who are knowledgeable about this new technology. It has also spurred a local innovator to develop a new, more efficient and affordable solar hot water system. The system is called the CamoSun Solar Direct Flow System, named for the lab at Camosun College in Greater Victoria where the system was tested.

The City of Colwood understands the importance of partnerships like those that Solar Colwood is built on. “We strive to keep residents informed and involved and to work closely with the local business community, neighbouring municipalities, and valued institutions like Royal Roads University,” said Mayor Hamilton.

The University enrols more than 2,700 students each year and employs more than 800 combined full-time and associate faculty and has been an important partner in the Solar Colwood program as well as many other initiatives. Student groups have undertaken several core research projects with the City, most recently evaluating the City’s disaster preparedness. Their research resulted in Colwood being recommended as a United Nations Disaster Resilient City.

“Colwood is a land of opportunity that strives to balance community wellbeing, economic diversity and environmental care,” Mayor Hamilton concluded. “With beautiful parks and recreational facilities and a growing range of amenities, we are a very affordable and attractive family-oriented community.”