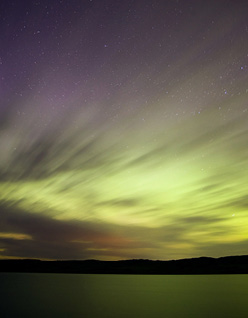 Formerly known as Frobisher Bay, the City renamed as Iqaluit – Inuktitut for ‘place of many fish’ – in 1987. Led by Mayor Madeleine Redfern, elected in 2010, Nunavut’s dynamic urban centre has experienced major growth through its short history.

To those who have never been, Redfern describes the region, “The arctic is huge – Nunavut itself is 2 million square kilometres. Our geography and environment is very different from that of our nearest community. Yet, it’s as diverse as southern Canada as there are areas similar to the Canadian Shield in Ontario, to the flatlands in the prairies, to the tremendously beautiful and very large mountain ranges. Not only is it diverse in its geography but also its biodiversity, cultural diversity and with respect to different arctic wildlife.”

The Mayor states on the City of Iqaluit website, “Iqaluit is the capital of Nunavut and Canada’s coolest arctic city. Whether you are a resident or a visitor, Iqaluit has a lot to offer. The City of Iqaluit is a growing vibrant community and is home to Iqalummiut and a diverse mix of people from across Nunavut, Canada, and indeed the world. They bring their skills, experience, and passion as they contribute to our communities’ development and growth.

“People are one of Iqaluit’s most valuable resources and together we are working towards a better future that will preserve the strengths of our Inuit and northern culture, while embracing the changes of the 21st century.”

Four years prior to the creation of Nunavut in 1999, Iqaluit defeated Rankin Inlet in a referendum to serve as the territorial capital. As a result of this designation, the City has experienced governmental and job growth in serving as the local seat in government, housing the territorial legislative assembly, and with three levels of government work becoming the dominant industry in local Iqaluit. It’s what drives newcomers to the City, as highlighted in the local population growth, at 6,700 people today and up nearly 20 per cent from five years ago.

The City of Iqaluit continues to lay the groundwork for future growth moving forward. Redfern summarized, “Despite the population being small, the reality is that we are extremely busy as the capital city and regional hub.”

Iqaluit attracts business travellers because of the economic opportunities that exist within the city. In 2010, Iqaluit hosted the G7 Finance Ministers’ meeting, led by Canada’s Jim Flaherty.

“We have people coming, either as consultants or contractors, since there is so much development happening in our community,” Redfern told The Canadian Business Journal. “A recent published statistic also showed that Nunavut has one of the highest GDPs in Canada, at 7.7 per cent, which is higher than the national average.”

With a major stream of local employment represented across three levels of government, several departments deliver services to the community and region.

As the local economy has continued to grow, Iqaluit has been rewarded federally with the opening of more government offices and places of work, spurring development and job creation within the city.

Mining industry represents potential growth and what is “on the horizon” for Iqaluit. One example is Baffinland Iron Mines Corporation’s Mary River Project, a large iron ore development that is slated to be one of Canada’s largest mines. According to estimates, the Mary River Project site contains 365 million tonnes of high grade iron ore. The project is a proposed 18 million tonne per annum iron ore mine with associated facilities located on North Baffin Island, in the Qikiqtani Region of Nunavut.

Iqaluit has been designated as one of Baffinland mine’s point of hire.  “As a transport hub for our region, there will be quite a number of impacts from [the Mary River Project] in our community as people choose to relocate from small communities to near the mine, making Iqaluit their home base,” Redfern summarized. Iqaluit will also benefit from the provision of products and services to the mine.

The Future of Iqaluit

Challenges exist for the City of Iqaluit with its ability to manage and maintain its escalating growth rate. Logistical concerns are present in terms of providing the land and development required, along with the associated infrastructure needs, in meeting residential, commercial, and industrial demands. Redfern commented, “We struggle with a lack of infrastructure. We don’t have a deep sea water port, our airport is too small, and there are issues regarding the age of some of our infrastructure.”

Nevertheless, the City of Iqaluit has collaborated with the various levels of government with an assessment of its infrastructure requirements and the need to develop a community economic development plan that promotes sustainability moving forward. The City of Iqaluit will continue working to address its immediate, mid-, and long-term needs with respect to infrastructure, needed programs and services and attempting to improve the quality of life for its community residents.