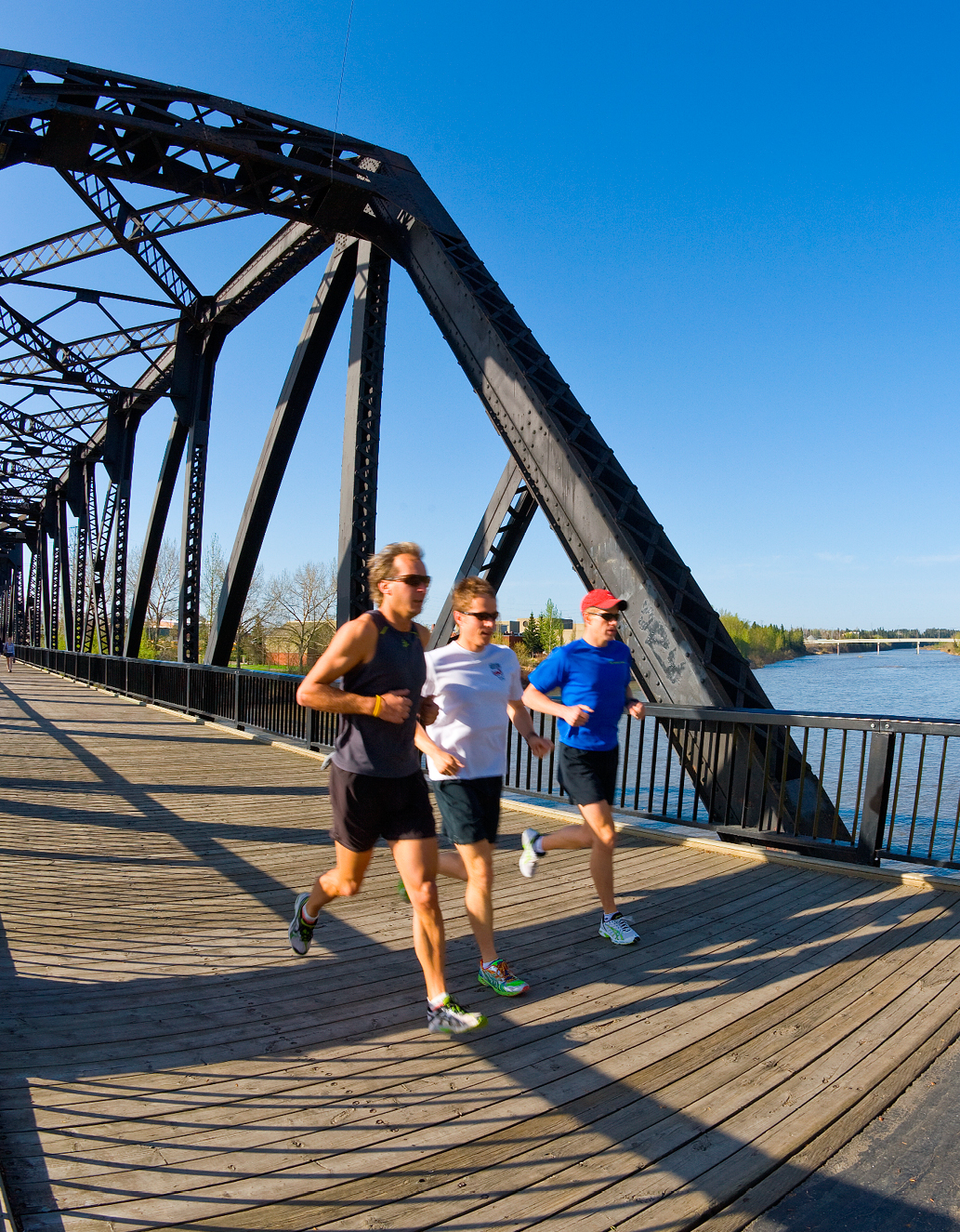 Located at the midpoint of the Calgary-Edmonton Corridor, Red Deer is one of Alberta’s most populous cities, and represents the core logistic hub of the province. The City’s 2011 municipal census sets the population at 91,877, but with the booming Alberta economy, the city expects to continue to grow and play a vital role in building and supporting Alberta’s economy.

History of the Centennial City

Following the establishment of Fort Calgary in 1875, traffic increased along the Calgary and Edmonton Trail. The trail crossed the Red Deer River at a wide, stony shallow, now known as the Old Red Deer Crossing, about seven kilometres upstream from the present City of Red Deer. The arrival of the Canadian Pacific Railway in Calgary also substantially increased traffic along the trail. After building a trading post and a stopping house at the crossing in 1882, a permanent settlement began to develop.

The fertile lands around the Red Deer River attracted farmers and ranchers, and Red Deer saw a massive influx of settlers in the early 1900s. In 1901, with a population of 343, Red Deer became a town. Supported by a growing farming community, Red Deer became a central agricultural service and distribution centre. In 1907, Red Deer became the major divisional point for Canadian Pacific Railway which prompted a significant land boom. On March 25, 1913, with the steady influx of inhabitants seeking new opportunities, the population rose to nearly 2,800, and Red Deer incorporated as a city.

The Canadian Business Journal spoke with John Sennema, Land and Economic Development Manager, about the city’s unique geographical advantage that continues to drive development in the city, and how the city profits within the booming Alberta economy.

“Red Deer has seen major growth over the past 10 years. Our population was about 70,000 at that time [2003], and with an average 2.2 per cent per year growth rate, the city has seen some big changes. We also see opportunity in the average age of our residents. At about 34 years of age, Red Deer is a very young city with a lot of earning potential and an average disposable income of an estimated $105,000 per household.”

“One of our greatest assets is our central location. Within a two-hour driving radius, we can access and efficiently serve 86 per cent of Alberta’s population.

Because of this, there is a strong business case for transportation and logistics companies to operate from Red Deer. In fact, over 60 freight firms currently operate in the city, transporting everything – livestock, products, and people. Additionally, Red Deer is the largest city in central Alberta, and we act as the major service hub for a population of nearly 300,000 people. We are currently creating the City’s economic development strategy, and have identified Red Deer’s location as its key advantage,” says Sennema.

Red Deer’s central location is also seen as valuable by the manufacturing sector. With more than 250 manufacturers driving Red Deer’s economic vitality, local manufacturers produce virtually every component required by Alberta’s oil and gas industry. “As our key educational centre, Red Deer College is key in helping educate and train tomorrow’s workforce. We also consider their Centre for Innovation in Manufacturing an extremely valuable asset, as it helps entrepreneurs and companies streamline the development and design of different components and technology,” says Sennema.

Red Deer’s business is well diversified. Besides manufacturing and transportation and logistics, the city has traditionally held a key role in Alberta’s primary production and agri-processing industry, with companies such as Olymel and Nossack Food Group being some of the largest employers in the city. Red Deer also has a significant employment base in healthcare, providing services to the bulk of central Alberta’s rural areas, and construction on the Central Alberta Cancer Centre, Alberta’s second largest cancer treatment centre, is nearing completion.

To better attract businesses, the city has no business tax, no machinery and equipment taxes, and low small business income tax rates. As for future development, Sennema said, “We are always trying to attract new businesses and investors. We work with regional municipality partners, as well as city partners at the chamber of commerce and the college. Through the Central Alberta: Access Prosperity partnership, we work to attract and pursue foreign investment, and develop relationships around the world. We do a great deal of ground-level transactional work to attract and retain businesses.

“We also conduct a business visitation program which utilizes previously conducted studies that identify what our key businesses are, and how we can help fill gaps, aiming to diversify and stabilize our economy. This program enables economic development practitioners to go out and visit businesses to identify barriers and assess trends that enable them to make decisions that help businesses succeed,” says Sennema.

When asked what economic development is all about, Sennema said, “What struck me when I came here is that Red Deer develops its own land base, and is able to develop both industrial and residential lands. From a family and quality of life perspective, I discovered that one can access a wide assortment of amenities from Red Deer. One can visit the mountains one day and conduct business in Edmonton the following day, and still have a great quality of life with reasonable housing prices in a central location,” says Sennema.

Red Deer offers its inhabitants a balanced lifestyle, with natural areas and park systems spreading naturally around the Red Deer River, and interlinked throughout the city.  “One of our greatest assets is our parks. You see a vast dedication to green spaces. We also have great facilities in our G.H. Dawe Community Centre which recently underwent a revitalization that saw the facility’s library and fitness centre enhanced and expanded to 94,000 square feet. We have a lot of downtown revitalization projects underway, including our riverside area that will become a pedestrian-friendly entertainment district. We have great amenities for families, and some impressive attractions that provide good quality of life,” says Sennema.

In 2012, construction and infrastructure projects saw permit values issued increased by almost $100 million. One of the largest projects was the Central Alberta Cancer Centre ($64 million) which is nearly complete. Single and multi-family housing development in the city also continues to drive construction, with around approximately 1,000 residential units built annually. The city is also investing $58 million into its waste water treatment plant expansion to facilitate this growth.

For over a century Red Deer has been benefiting from its centralized location in Alberta, and this advantage has created a well-balanced local economy that serves the needs of a majority of central Albertans, while preserving and organically enhancing the local economy. With the strength of Alberta’s economy, the city doesn’t see a reason the trend should not continue for the next 100 years.