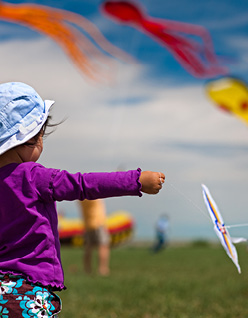 The City of Swift Current combines big city potential with small town hospitality. Located in the heart of southwestern Saskatchewan, Swift Current is an economic hub for retail, manufacturing, agriculture, tourism, and the oil sector, creating a diverse economic base that “runs on all eight cylinders.”

Home to 15,500 residents, Swift Current is easily accessible from the Trans-Canada Highway, and is ideally located halfway between Regina and Medicine Hat, Alta. It’s also the midpoint between major Canadian urban centres Winnipeg and Calgary, meaning the city welcomes plenty of business travellers.

Over the past six years, Swift Current has seen “solid growth”, with more than 600 residential units built and over $250 million generated in building permits.

The city’s downtown core experienced a revitalization, there is industrial and residential growth in the city, and more and more commercial sites are opening for business – growth on all fronts.

Swift Current aims to continue this growth and has developed a three-year strategic plan that outlines the city’s vision moving forward. With the best in city services and a safe, caring community front of mind, Swift Current works alongside its businesses and residents to promote local opportunities. The City of Swift Current also works to attract foreign businesses looking to relocate within the region.

“We look to grow and develop our city, so we believe that as we move forward we’re going to continue to see growth and welcome new families from Saskatchewan, Alberta, and beyond,” Marty Salberg, Director of Business Development with the City of Swift Current, told The Canadian Business Journal.

“Because Swift Current is such a good city to live in, we have to make sure that we continue to plan for what is needed into the future.”

As a result, the City of Swift Current continues to offer affordable housing and residential subdivisions, as well as the development of local business land in order to accommodate this growth. In fact, in this year’s first quarter, Swift Current reported more housing sales than any previous quarter on record, so houses are moving and prices have remained strong.

Swift Current also developed its Transportation Master Plan to improve the local infrastructure and public transportation. Including public works projects, the City has been engaged in several local projects in recent years, including a new wastewater treatment plant, a new hospital, and an upgrade the local arena, the Credit Union iPlex, home to the Western Hockey League’s Swift Current Broncos. Additionally, Swift Current is building two new elementary schools, as well as a 72-unit personal care home, as part of a provincial agreement, as the city rebuilds its infrastructure for all areas of its demographic.

In the heart of the Canadian prairies, Swift Current offers exceptional amenities including several local parks and recreational facilities available to the families who have chosen to make Swift Current home. In recent years, the local arts and culture scene has also emerged in Swift Current, providing the community with a variety of entertaining performances and festivals.

“In terms of quality of life, I don’t think you get better,” Salberg said. “Even if you look at the climate, we have a lot of Chinooks in the winter, so we don’t have as long or as cold of a winter as other parts of Saskatchewan, so living in Swift Current really is a pleasure, and we know that given the fact that a lot of new residents who move here choose never to leave.

Swift Current highlights its ideal location and natural assets as a ways to attract new business to the city. From working with the service industry, to linking businesses with available commercial properties, to offering a variety of attractive tax incentives, the City of Swift Current prides itself on working to develop an attractive local business climate.

Meanwhile, the local tourism industry continues to flourish, as Swift Current often hosts a variety of sporting events and community festivals. A local entity known as Tourism Swift Current works to attract and promote visitors to the city and its events, including the internationally renowned Windscape Kite Festival, the eighth annual event held last month. The local sports and recreation scene also attracts many tourists to local soccer, baseball, and hockey tournaments.

Salberg concluded, “We have an aggressive city council and administration so we’re willing to do what we need to do to accommodate business and we fully understand we have to work at the speed of business, and that has been well received from those businesses that have moved to Swift Current.”