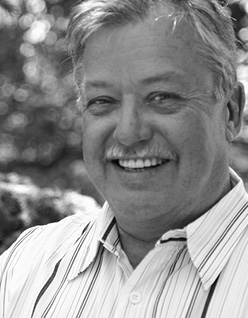 Yellowknife, N.W.T. – Canada’s little, big city. Embedded in the heart of Canadian mining, the City of Yellowknife is perhaps most renowned for its history as a mining capital. The last gold mine closing in 2004, Yellowknife’s modern day dominant employer is government services, although the local discovery of diamonds in 1991 has seen the city hold true to its mining roots. Today, three diamond mines are operational with two additional mines set for future operation.

This month, The Canadian Business Journal spoke with Gordon Van Tighem, Mayor of the City of Yellowknife, about the city and how its economic base has cast success in the Canadian north.

“People who come into the city for the first time are quite surprised to find high rises, paved streets, just about every amenity that you could look for. Our biggest employer remains government, as the capital city, but close behind it is mining services and transportation services,” Van Tighem said. “We’re the gateway to the north.”

Formerly, Yellowknife existed “for only one reason”, a time when up to 19 gold mines were operational within city limits. Today, diamond mining is a major player in Yellowknife, producing 15 per cent (by value) of the world’s diamonds. Van Tighem commented, “We have rare earth metals in development east of the city and there are several gold initiations that are just starting into production as well.”

Government services has emerged as the major employer in Yellowknife. These positions often prove lucrative and are a primary source of attraction for workers relocating to the Northwest Territories capital. The city has seen a spike in its immigration rate in recent years and, as a result, has improved its ability to respond to this growth through an upgraded local services industry.

Accommodating this level of population growth – up 15 per cent in the past 10 years – the City has faced a recent challenge of a “fly in, fly out” workforce. The world’s top grossing Tim Hortons restaurant, based in Yellowknife, certainly experienced this trend. As Van Tighem noted, “When [Tim Hortons] was hiring locally, they never got much beyond 20 staff. Since they have gotten involved with the immigration group, they’re running at about 55 people … From time to time, Yellowknife now trades with Fort McMurray as having the highest family income in all of Canada.”

Yellowknife continues to grow and the City is working diligently to increase its residential property levels, targeting 1,500 new housing units over the next 10 years, a significant percentage increase, to about 8,000 housing units in total.

The goal for increased housing levels is a sign of more mining startups in the years to come. As such, the City is investing “significant money” in the community’s overall infrastructure in an effort to improve roads and utilities, an investment that will minimize future costs of living and, for business, operational costs. Van Tighem summarized, “We are looking at less reliance of things coming in and more economical ways or providing services here.”

65 years ago, Yellowknife had just barely started the expansion into the New Town from the original mining camp that was established in 1939 in the neighbourhood affectionately known as Old Town.  The water system was the beginning of a piped system that today has over 70-kilometres of pipe, five pumphouses, and three reservoirs. Yellowknife is now at another major milestone with its water system with the design by AECOM underway for a $25 million water treatment facility that will provide high quality potable water to meet the increasing regulatory demands on drinking water while ensuring Yellowknife has capacity for growth.

The city is also looking to establish this level of independence across its energy sector, with less reliance on foreign energy sources. It is a challenge that has been highlighted in the local non-renewable resource industry as well. The City has developed a strong community energy plan for the future, with the objective to reduce expenditures on fuel and furnace oil, electricity, and other consumables.

One example is its plan to harness hot water in the underground mines and then utilize this resource as geothermal heating for district energy programs. Yellowknife strives to become energy independent and has established several initiatives in order to accomplish this goal. The city is also working to provide a local heat and energy source from wood pellet production and the local biomass industry.

Heart of the north

For a city with a 21,000 population, more than one-third of that number was in attendance at Yellowknife City Hall for the Royal Family Visit in July 2011.

Visitors from as far south as Edmonton, Grande Prairie, and Slave Lake, Alta. travelled to Yellowknife to be a part of the celebration. Notably, such an occurrence created quite a level of economic activity for the City.

The Mayor commented on the Royal Family Visit, “It was a lovely day. They met as many people as they could. The sense of nation, who was visiting, and what it all meant was a very positive feeling and a very positive event. It had a very significant impact here in Yellowknife.”