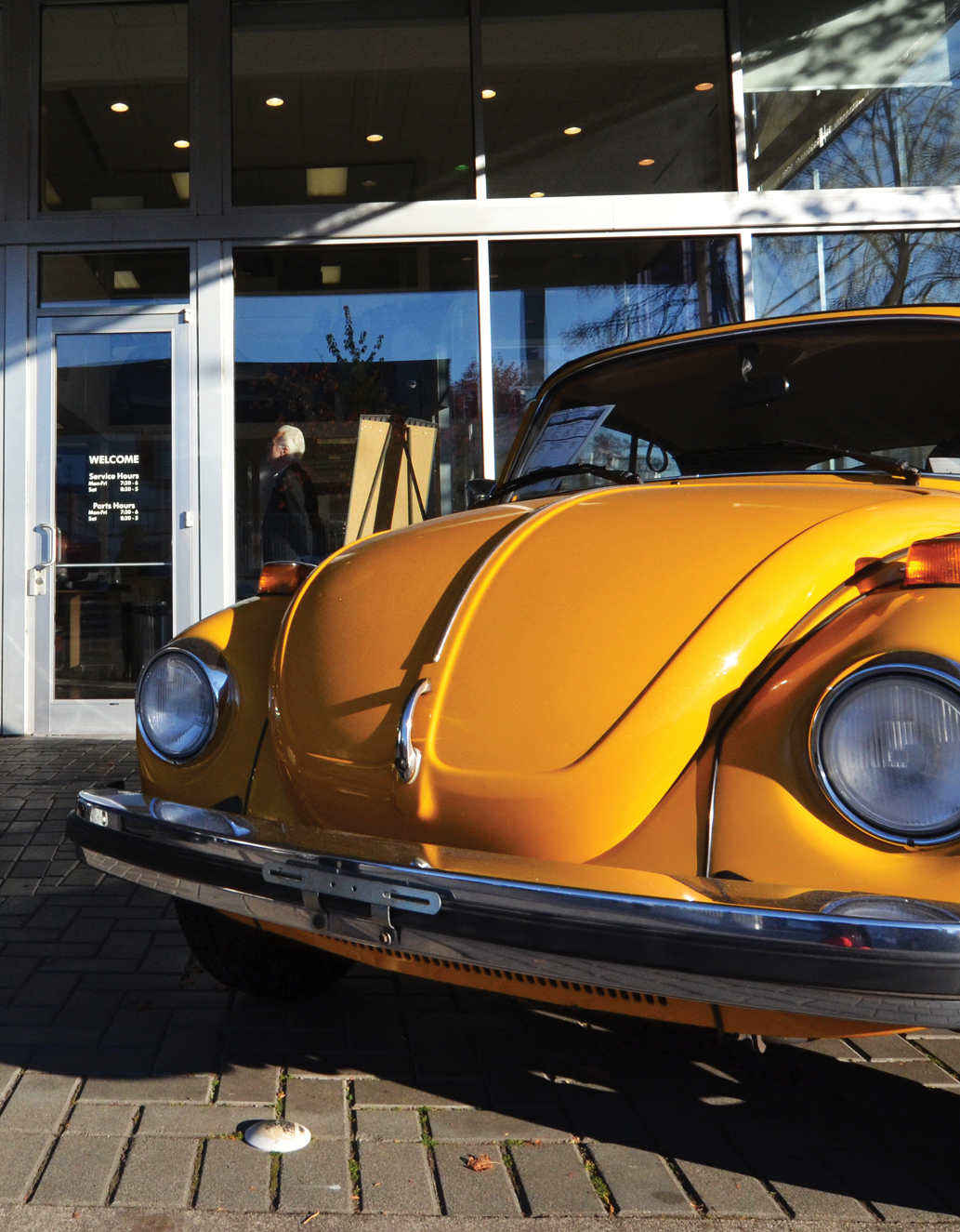 Serving the Community for More Than 50 Years

Located in the bustling downtown core of Vancouver at Main and 30th, Clarkdale Volkswagen serves the metropolitan Vancouver area as well as loyal customers from the likes of Burnaby, Richmond, Surrey, Steveston, Coquitlam, White Rock and Langley.

Clarkdale Volkswagen began in September 1960 as a Volkswagen dealership in Vancouver.  Herman Clark and Ken Annandale left a successful finance business to start Clarkdale Volkswagen which was originally in a B.A. Gas Station.  From here, they could watch the renovation of the Safeway store near them – it would become their new home. They soon added a Porsche franchise to the new showroom.

The growth of the business pushed the Pre-Owned Car Department and Administration next door and in 1970, an Audi franchise was added to the dealership. In 1977, a decision was made to let the Porsche franchise go and re-focus on VW and Audi. When Clarkdale let the Audi car line go, they “remained true to their roots”, according to owner Denis Barnard, as they focused on Volkswagen vehicles.

A fire in the Parts and Administration Building in 1986 paved the way for a renovation in 1989, which gave Clarkdale VW a new look, more parking and the ability to offer expanded services to  customers. In 2003, the dealership undertook renovations where a new VW Showroom and an updated Service and Parts Facility were built.

Clarkdale Volkswagen has a strong and committed sales and service staff with many years of experience in satisfying customer needs. The business has a state-of-the-art Volkswagen service department to help serve customers maintain their vehicles. The service and parts staff is all factory-trained to achieve excellence in what they do.

According to Barnard and his business partner Ron Hornby, Clarkdale Volkswagen has a “no pressure” sales staff who believes in the brand. They like to hire former Clarkdale customers, who all drive VWs.  During the hiring process, potential staff is asked what kind of car they drive, as they have to believe in what they drive – and what they sell.  Most sales associates are university educated and a lot of the technicians have been with Clarkdale for more than 40 years and know all of their customers by name. It was also Hornby who carried on the family tradition following the retirement of Ken Annandale after serving more than 35 years in the business.

While vehicle sales in the Vancouver market largely include many Asian models, the Volkswagen brand has remained steady in sales throughout the years. According to Barnard, average sales are around 750 new and 300 used vehicles in a year.

The VW brand while desirable for its quality has always been viewed as more expensive than some cheaper brands. While a lot of people purchase a vehicle to get where they are going, Volkswagen has always been about a lifestyle, one of image and brand recognition.  It’s not about the car, but who makes the purchase. It’s a generational matter where fathers who owned or own Volkswagens will come into Clarkdale to buy a used VW for their sons or daughters.

Volkswagen is developing new models at lower price points to make them more affordable for a larger segment of the population.  They are also redesigning and re-pricing their current models such as the Golf, Jetta and Passat and are looking to break into the SUV market.  Volkswagen wants to be the “biggest in the world” by 2018 and outsell Asian and North American vehicles.  Barnard commented on VWs, saying that while “there are still quirks; at the end of the day, they are good cars to drive.”

Clarkdale Volkswagen is proud to be part of Volkswagen Canada’s prestigious Wolfsburg Crest Club and won the Wolfsburg Award in 2011. This award is reserved only forVolkswagen dealerships around the world that have achieved greatness across every facet of the business.

Clarkdale Volkswagen has attained a proven track record to win this prestigious award. Their Sales, Service and Parts departments performed extraordinarily well, and feedback from customers via “Google Reviews” and other media suggested customer service and satisfaction was at an all-time high.
What is in the future for Clarkdale Volkswagen?

“Growing the brand,” – according to both Barnard and Hornby. Along with that initiative the business will remain on Main Street, where they have been more than 40 years. They have a long history and solid reputation in the neighbourhood and within the community with the residents, sports teams, schools. Barnard continued, saying that “It’s all of these things together. A part of being VW and Clarkdale takes all of those things into account. You can’t pick Clarkdale up and move it to another location. It’s right downtown with lots of unique stores and restaurants. While there are challenges to the location, it’s like any other main thoroughfare, you make the best of it and we are part of it. "

When Clarkdale Motors was opened, Herman Clark and Ken Annandale had the foresight to think far into the future. From the onset they recognized the importance of focusing on establishing and retaining strong relationships with customers. They were instantly role models for honesty, fair business practice, and setting an example for everyone. The businessmen grew Clarkdale Volkswagen on the belief that customers would return if they received true value for services rendered. Over the years there have been many changes, but the current owners and staff remain true to the beliefs of the original owners.

Barnard sums up Clarkdale Volkswagen quite accurately by saying that “It is a big store with a family-oriented feel.”