TORONTO, March 22, 2021 (GLOBE NEWSWIRE) — Class 1 Nickel and Technologies Ltd. (CSE: NICO/OTCQB: NICLF) (“Class 1 Nickel” or the “Company”) is pleased to announce that all necessary approvals have been granted and all contractors secured in order to commence a Phase 1 drill program in April 2021 at Alexo Dundonald Nickel-Copper-Cobalt Project (“Alexo-Dundonald Project”), located near Timmins, Ontario (Canada).

Figure 1. Location of the Alexo-Dundonald Project near the City of Timmins, Ontario
https://www.globenewswire.com/NewsRoom/AttachmentNg/0d738188-1acc-4874-afa9-b6cff895d73e

The Alexo-Dundonald Project contains four NI 43-101 Mineral Resources situated on the near-continuous folded komatiite-ultramafic unit that can be traced on the Property for at least 14 km. All the Mineral Resources are open at depth and along strike.

Class 1 Nickel has over C$3M in its treasury, and therefore is well funded to complete its Phase 1 exploration program. The Company is about to mobilize the first of two diamond drill rigs to its Alexo-Dundonald Project.

The Company’s principal objective for the exploration program is to lay the groundwork for expansion of the current Mineral Resource Estimates of the Alexo North and Alexo South, by defining the trends of mineralization along strike and down-dip/down-plunge from the known Deposits.

The Company’s primary focus is on building more tonnage at Alexo, where previous production has taken place and where future production is likely to take place first. The rigs will then be moved west and drill to expand the high-grade Dundonald South and Dundonald North Mineral Resources along strike and at depth.

The drill program has been designed by veteran nickel expert Dr. William Stone, who along with Chief Geophysicist Mr. Allan King, has analyzed, modelled and interpreted the large historical exploration database for the Alexo-Dundonald Project. A total of 103,000 m of drilling in 590 holes has been completed to date at the Alexo Dundonald Project. Roughly a hundred of the drill holes have been surveyed for off-hole electromagnetic responses.

The Phase 1 program at Alexo South includes drilling 16 diamond holes for a total of 3270 metres (Figure 2). Many more than 16 holes were planned; however, only those corresponding to the presence of BHEM conductive plates interpreted from historical survey data, favourable nickel assay trends, target depths of <200 metres, and piece point locations outside of the current Mineral Resource Estimate were prioritized for drilling in Phase 1. The remainder of the planned holes will be drilled in Phase 2 (Fall 2021).

The Phase 1 program at Alexo North includes drilling nine (9) diamond holes for a total of 1620 metres (Figure 3). Many more holes were planned; however, only those corresponding to the presence of VTEM conductive plates, nickel assay grade trends, target depths of <200 metres, and piece point locations outside of the current Mineral Resource Estimate were prioritized for drilling in Phase 1. Historically, surprisingly little effective BHEM survey work was completed at Alexo North. The remainder of the planned holes are earmarked for drilling in Phase 2
(Fall 2021).

The Company’s board and management team are confident that the upcoming drill programs will result in the delineation of additional Mineral Resources, which can be subject to a Preliminary Economic Assessment of the potential for a direct shipping operation.

The technical information in this news release has been reviewed and approved by Dr. William Stone (P.Geo.), independent geological consultant to the Company, who is a Qualified Person under the definitions established by National Instrument 43‐101.

Neither the Canadian Securities Exchange nor its regulation services provider has reviewed or accepted responsibility for the adequacy or accuracy of this press release. 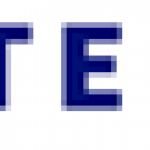 TELUS and the governments of Quebec and Canada accelerate the deployment of high speed Internet, boosting the economy in remote communities 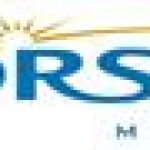