CBJ — A proposed class-action lawsuit against the ride-hailing company Uber filed by one of its drivers will go ahead after Ontario’s top court reversed a lower court decision that would have sent the matter to arbitration overseas.

The Court of Appeal for Ontario says a clause in Uber’s services agreement that requires all disputes to go through arbitration in the Netherlands amounts to illegally outsourcing an employment standard and therefore cannot stand.

It further concludes that the clause takes advantage of the significant power and financial disparity between Uber and its drivers, who would bear up to US$14,500 in filing fees just to begin the arbitration process, no matter the amount at stake in the dispute.

“I believe that it can be safely concluded that Uber chose this arbitration clause in order to favour itself and thus take advantage of its drivers, who are clearly vulnerable to the market strength of Uber,” the appeal court said. “It is a reasonable inference that Uber did so knowingly and intentionally.”

The lawsuit, which claims Uber drivers are employees rather than contractors and thus subject to Ontario’s labour legislation, had been stayed earlier this year by a motion judge who found Uber drivers were bound by the arbitration clause.

The three-judge appeal panel says the motion judge erred on several points, including in considering the arbitration clause like the kind seen in “normal commercial contracts” where the parties are relatively equal in power and sophistication.

A spokesman for Uber Canada says the company will be reviewing the appeal ruling. 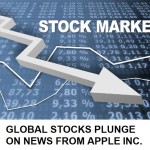