“The Conservatives’ swiss-cheese fiscal plan leaves voters with more questions than answers. Erin O’Toole still refuses to say what he’s willing to cut to balance the budget,” said Bea Bruske, President of the Canadian Labour Congress.“ Last time he was in government, Mr. O’Toole and the Conservatives cut heath care funding and scaled back EI, while handing out generous tax breaks to their corporate friends. He’s already promising to cut child care. What else is he planning to cut, this time?”

Bruske also noted that the Conservatives’ plan promises a review of the tax system to “improve competitiveness”, which is Conservative-speak for more tax giveaways to those at the top.

“We urgently need a wealth tax and a fairer taxation system. It’s long past time Canada rebalanced our tax system so we can repair our tattered social safety net,” said Bruske. “But Conservatives always cut taxes on corporations and give the wealthiest a free ride – while cutting health care and the vital services working families rely on.” 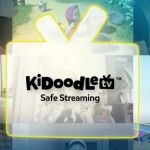 Kidoodle.TV Gives Employees Time Off With ‘One for Me!’ Wellness Week