VANCOUVER, British Columbia, May 04, 2021 (GLOBE NEWSWIRE) — Christina Lake Cannabis Corp. (the “Company” or “CLC” or “Christina Lake Cannabis”) (CSE: CLC) (OTCQB: CLCFF) (FRANKFURT: CLB) is pleased to announce that it has received its first purchase order for a commercial quantity of distillate oil valued at CAD $129,000 from a Canadian licensed producer whose products are distributed in several provinces (the “Purchaser”). Under the terms of the purchase order, the identity of the Purchaser cannot be publicized for competitive reasons. The distillate oils are to be used for the production of vape formulation, a category in which the Purchaser is an established player. As the Company has now consistently maintained potency levels in the 90% range for the distillate oils it produces, CLC’s management is confident that it could continue supplying to the Purchaser on an ongoing basis, with the opportunity to provide greater quantities as needed.

In the 2020 growing season, Christina Lake Cannabis’ inaugural crop grown naturally under sunlight amounted to nearly double its initial forecasts, with 32,500 kg / 71,650 lb of dried cannabis ultimately harvested. In a press release dated January 13, 2021, the Company announced it was beginning to produce its first ultra-high potency distillate oils, which typically contain tetrahydrocannabinol (“THC”) concentrations of 90% or greater and are used as ingredients in a product formulation as opposed to being used as a standalone cannabis product. In a March 31, 2021 press release, the Company also announced it had nearly tripled its capacity for extraction with the cannabis industry’s first installation of the Vitalis Cosolvent Injection System. This enhancement enables the Company to consistently process more than 250 kg / 551 lb of biomass per day, which is an important consideration in light of CLC’s pivot towards fully integrated production from cultivation to extraction.

A photo accompanying this announcement is available at https://www.globenewswire.com/NewsRoom/AttachmentNg/2a0023fa-1ac7-41ce-b417-fcd07588beb2

Readers using news aggregation services may be unable to view the media above. Please access SEDAR or the Investor Relations section of the Company’s website for a version of this press release containing all published media.

As part of the Company’s sales efforts following its inaugural harvest last year, CLC has recently delivered product samples along with corresponding certificates of analysis to prospective buyers who currently have open dialogues with CLC’s experienced sales team. In addition to distillate oils, the Company’s sales team has also been offering winterized oil and kief to prospective buyers.

Christina Lake Cannabis Chief Executive Officer Joel Dumaresq commented, “Distillates are in demand in the Canadian cannabis market because of their versatility. There are possible applications in medicinal products, food and beverage, personal care, vaping, and many other categories. The Purchaser has a broad reach in various cannabis segments to include vaping, for which they are an esteemed player. Through our industry relationships, we were able to come to an agreement with the Purchaser in which they recognized the value in both our product and our fully integrated operations, which can enable them to receive a consistent supply of high quality distillates grown under sunlight using our unique cannabis strains made with proprietary genetics. We look forward to getting feedback from the Purchaser and their end-user clientele, and aspire to form a long-term supplier relationship with them as we begin to build a market position as a supplier of cannabis extracts with complete visibility ‘from soil to oil’ to ensure top-notch quality of our finished product.”

Christina Lake Cannabis Corp. is a licensed producer of cannabis under the Cannabis Act. It has secured a standard cultivation licence and corresponding processing/sales amendment from Health Canada (March 2020 and August 2020, respectively) as well as a research and development licence (early 2020). CLC’s facility consists of a 32-acre property, which includes over 950,000 square feet of outdoor grow space, offices, propagation and drying rooms, research facilities, and a facility dedicated to processing and extraction. CLC also owns a 99-acre plot of land adjoining its principal 32-acre site, which enables the Company to grow at a much larger scale. CLC cultivates cannabis using strains specifically developed for outdoor cultivation and in its inaugural harvest year produced 32,500 kg (71,650 lb) on its existing facility before developing an adjacent 99-acre expansion property. Such an expansion will ultimately bring CLC’s annual cultivation footprint to over 4.35 million square feet, which could enable at least 150,000 kg (330,693 lb) of low-cost, high-quality, sun-grown cannabis to be produced annually by the Company.

THE CANADIAN SECURITIES EXCHANGE (“CSE”) HAS NOT REVIEWED AND DOES NOT ACCEPT RESPONSIBILITY FOR THE ACCURACY OR ADEQUACY OF THIS RELEASE, NOR HAS OR DOES THE CSE’S REGULATION SERVICES PROVIDER.

Disclosures relating to investor relations firms retained by Christina Lake Cannabis Corp. can be found under the Company’s profile on http://sedar.com. 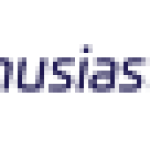 Enthusiast Gaming to Announce First Quarter Financial Results on May 12, 2021 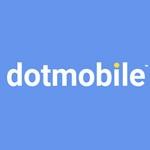