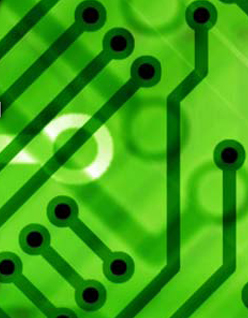 Much of my day at Clean 15 is spent looking for technology solutions that are considered cleaner, greener, faster and better on behalf of larger corporations. The pressure of energy costs, concerns around climate change and the overall sustainability record of a large company have become a major focus for many of the Global 2000 companies.

Technology, however, needs to fit inside of an organization and its model of creating value. As companies begin to spend large amounts of effort and capital on gaining insights from outside innovations, one non obvious way of reducing significant emissions and increasing productivity has stood out. Much of a company’s cost around housing hundreds of workers could be cut, and productivity increased, if the company reduced the amount of days that their employees worked at the office. Of course, there are many jobs where this would be impractical or impossible, however I would take a guess that there are many companies that could benefit from this line of thinking.

I would like to propose that companies look at this through a sustainability/corporate responsibility lens. This sustainability approach would require a shift in paradigm about how we perceive work.

A paradigm is generally considered to be “A set of assumptions, concepts, values, and practices that constitutes a way of viewing reality for the community that shares them.” It is a kind of agreed social construction that seems to have a certain “objective truth” appeal to it.  Considering the drivers for cleaner technology and sustainability (scary facts about energy security, climate change, and biodiversity decline) I thought it was worth it to share a few learnings from our recent paradigm shift.

Prior to 2008, my company had an office space downtown. It was a really nice space with lots of impressive features for a boutique firm like ours. After/during the “Great Recession” of ‘08 we decided to think of ways where we could drastically cut cost. Since 90 per cent of our work is to find, filter and engage smaller clean tech companies on behalf of larger Global 2000 firms, we noticed that most of our time was spent online, on the phone or out visiting other companies. Many of our large clients were in the U.S. and Europe and almost never came to Toronto. At that moment we decided that we would get rid of our office and work from home offices.

At first, this was a challenge because we had less time for socializing and face-to-face sharing during work hours. It was difficult to decide on a start time, but the real challenge was to decide on a stop time. With my BlackBerry attached to my hip and the notification always on, I found myself sending emails during vacations, dinners and movie times with my family, as well as on Saturdays and Sundays. It was a blending of work and personal life.

Over time, however, the company made some adjustments and created structure around our new paradigm. I personally decided to start my day off at the gym first thing in the morning to send a signal to myself that the workday was about to start and to get my mind sharp for the day.

Next, we set daily check ins mostly via Skype, Go To Meeting or phone to discuss how and what we were doing toward the strategic plan or tactical objectives.

This really forced us to work on our daily goals because of the social pressure of wanting to make sure we had something to contribute to the conversation. It also kept the strategic plan at the forefront of our minds all the time. In between times we either called or sent an instant message to ask questions or make quick comments to each other.

Next, we decided that we would not pick up the phone or send emails after 5:00pm. This one is still a bit tricky for me and I found that I had to go for family walks and leave the BlackBerry at home. The other piece of the puzzle was that we made it a point to meet face to face once a week for half the day. This allowed us to map out weekly objectives, to discuss new learnings and have a drink or two with each other.  After the first six months we reflected on our path and this is what we learned:

We also found that we were much more productive and focused because of the daily check in and had more time for family. It also gave the flexibility to stay up and work on projects really late. If you are like me, sometimes your best ideas may wake you up from your sleep in the middle of the night. With this flexibility, it allowed me to get up and work on it if I felt compelled to do so.

The last piece is that we as a company got smarter, faster. Perhaps something about the structured responsibility allowed us to own certain areas of our business and really drove us to add value in that area.

I decided to do a little research online to find if others had similar experiences.

According to the Telework Research Network almost 14 million Canadians commute to work every day, however 44 per cent of them have telework-compatible jobs. The TRN goes on to say that, If those that could, and wanted to, worked at home just 2 days a week it would be equivalent to taking 385,000 cars off the roads in terms of greenhouse gas reduction. Employers would save over $10,000 a year per employee, from increased productivity, reduced real estate costs, and lower absenteeism and turnover, and employees would save on average $3,500 a year (This study probably did not take into account price volatility in gas prices, and probably did not separate the train ride from the car ride). By my calculations a car that takes $100/week in gas would cost $4800 a year. Add on parking cost at $200 a month that would bring us up to $7,200 a year.

Lastly, leaving early because of the commute increases the need to buy unhealthy food out and at approximately $10 a day that would bring our grand total to a whopping $9,600 for the year. This does not include savings on clothing and other expenses. This would mean working from home could be the equivalent of getting a pay increase.

As much of the developed world is moving to service oriented jobs, I wonder what the overall impact would be on the environment, the bottom line and sustainability as a whole if we shifted to this paradigm globally. As I walked home from the gym this morning, I observed the grim faces stuck in the gridlock as the cars cut through the lines of crossing pedestrians making that ever important left turn on an amber light scrambling to cut off seconds of their 90 minute commute. I wonder what the impact would be if 44 per cent of them were off the road. Smart companies that are serious about sustainability would benefit from thinking about how this could work in their business.