Clean 15: Canada will be the next big thing 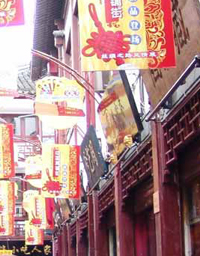 There has been lots of buzz around the BRIC countries and the emerging markets. The speed of growth in these markets have left investors drooling and chomping at the bit. There has been specific focus on China as their growth and scale has been fantastically impressive. In the space of a single generation fueled by globalization we have witnessed what many have called “the Asian Miracle”. China’s economy has more than tripled in size and, if you ask most economists, it will grow significantly bigger in the next decade. It has the world’s largest workforce, which, by the way is one of the lowest paid workforces in the emerging economies of the world, the world’s largest population. It has zero duties on imports of any equipment and a host of tax breaks, which have all attracted foreign investment well over $850 billion. In relative terms, China has become the world’s largest manufacturer of just about everything. They have dedicated entire cities to the assembly of everything from toys to cell phones. The foreign investment coupled with the strategic focus and cultural attributes have made China the fastest growing country for at least two decades up until approximately 2008. China is currently in the process of the largest shift of humanity from rural to urban in a single generation to fuel this growth. 20 years ago China exported less than $35 billion to the Soviets and North Korea, by 2006 they exported to every country on the planet to the tune of approximately $981 billion. This is extremely impressive, however the story does not stop there.

Its seems that the old adage of there being two sides to every story rings true. When we think of China’s progress we think of its mighty cities on the coast, however they consist somewhere south of five per cent of the 1.5 billion people and counting. As a matter of fact, approximately half of China still lives in poverty. They have a very difficult time making ends meet and one can imagine that the inequality of the coast will only strain this challenge in the years to come. When people live in high levels of poverty their day is spent extremely focused on two things: water and food. Water is becoming increasing scarce in Northern China where half of the country’s wheat is produced and a third of the country’s corn. The North China Plain starts just north of Shanghai to a bit north of Beijing. According to the Washington Post it was reported that three fourths of Beijing’s water needs were met by underground water. This is a major concern since the aquifers in this regions are under heavy strain. It was reported that the city was drilling approximately 1,000 feet to reach water, which is five times as deep as it was drilling 20 years ago. A World Bank report on China’s water situation said that there would be “catastrophic consequences for future generations” unless water use could be brought back into balance. Approximately 130 million people are dependent of food that is fed with unsustainable water. This strain is on a direct collision course with the extremely water intensive industries that are driving the “Asian Miracle”. Factor in China’s largest drought in 60 years, and the fact that between 1950 to 1975 China had approximately 600 square miles of land turn to desert each year and that number jumped to 1390 square miles annually in recent years all accelerating the size and frequency of massive dust storms. As a matter of record, in 1993 a sandstorm in Gansu Province destroyed 430,000 acres of crops, damaged 40,000 trees, killed 67,000 cattle and sheep and blew away 67,000 acres of plastic greenhouses. Now add in China’s world leading population, its record breaking urbanization, which diverts water from its farm land and you begin to see a recipe for potential political instability.

The good news for China is that it is sitting on record amounts money and has an increasingly outward looking worldview. It will need to transport much of its water intensive manufacturing to a country that has a massive endowment of water and extremely sophisticated water and wastewater remediation technologies. The country best positioned for this is Canada. Canada has the second largest source of water in the world after Russia, however it also has one of the highest post secondary populations in the world. Because of its heritage in the resource industries, Canada is quickly becoming a world leader in water related technologies. Israel and Singapore are leaders in water but neither have the space or an abundance of the resource. Canada, however, has a large amount of space. It is the second largest country in the world with only 35 million people and as the planet gets warmer, we will gain more access to some of that space. Three of its major cities are among the most diverse in the world and as a result it is uniquely positioned to deal with an increasingly diverse world of expats and cultures. It is important to note that Canada has one of the largest populations of Chinese communities outside of China. As smart companies in Canada start to embrace open innovation, a way of doing business that embraces innovations developed outside of company walls, their ability to seize the opportunity will increase drastically. I predict that China will begin to look very seriously at investing in Canada to transplant some of its manufacturing capabilities and to create joint ventures and partnerships with water related technology companies. This will start to happen much sooner than we think. The pressure of Climate Change is not a debate in China, as they begin to experience its effects and its relation to their growth, they are quickly learning that they must respond. China has made the largest investments in cleantech globally.

Climate Change has begun to have significantly negative effects on the environment, economies and political stability (Food was the spark for the Arab Spring right after its largest exporter of wheat Russia stopped exporting as a result of a massive forest fire due to record breaking heat).

With the recent Canadian Water Summit, which focused on defining opportunities related to water and its conservation, the aggressive work being done by XPV Capital related to investing in water technologies, The Water Opportunities Act in Ontario focused on driving innovation, The emerging focus on water reduction in mining and oil and gas industries, as well as the move toward open innovation by water intensive Canadian industries, a very clear picture starts to emerge.

Canada has a unique opportunity to be the world leader in water protection as well as a model for sustainable manufacturing. If you are reading this here in Canada, get ready to be a part of the next big thing.

Dwayne Matthews is the Managing Director of Clean 15, Open Innovation leader in Canada. 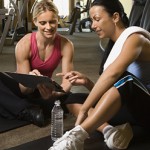 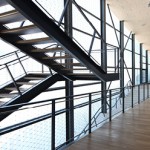