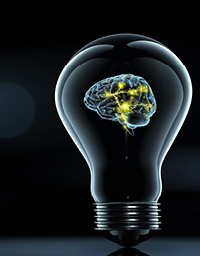 It is reported that Albert Einstein once said “We can’t solve problems by using the same kind of thinking we used when we created them.”

I am reminded of this quote every day because I spend most of it searching for breakthrough innovations for some of the world’s largest companies and have had the pleasure discussing this with some of the top minds. This past month I was fortunate enough to sit down and have a chat with Jason Lye. Jason is the former Director of External Business- Technology Assets for Newell Rubbermaid and before that a Senior Licensing Manager for Kimberly-Clark. He is a technologist/inventor and focuses on commercialization of new products from underutilized intellectual assets. Jason has taken his skill set and now heads up Lyco Works, a company that focuses on creating revolutionary products through cross industry partnering.

Our conversation was focused on the importance of diverse perspectives when seeking answers to technological challenges vs. the status quo of a more myopic single industry expert approach. Jason talked passionately about the importance of outsider experts that could “flip a challenge on its head” and took me through a series of examples of how to break apart a problem using different creative techniques and then leveraging experts from outside of one’s industry to work along side industry experts to solve long standing challenges. The process seemed to have an engaging and tumultuous journey, however the promise at the other end was potential breakthroughs and even disruptions that could be game changers. Jason has about 110 licensing deals under his belt to back up this approach.

I approached another expert in the area of external and orphaned technology. Lynn Leger is the Director, Commercial Development for Green Centre Canada.

Lynn has over 20 years of experience in the area of commercialization in the chemical industry and a former recipient of the DuPont Global Sustainable Growth Award.

Lynn spends much of her day evaluating technologies from universities and industry that belong in one sector but could have high applicability in another.

Lynn also talked about the importance of diverse perspectives and gave an example of a unique switchable solvent technology that was first to be used in the plastics industry, but is now focused on the oil sands and has the potential to separate oil from sand using almost no water and no natural gas. This technology was completely under the radar by many in that industry because it existed in the world of plastics.  The focus that provides industry leaders with their leadership position also creates a gap and an innovation blind spot, which in many instances is observed after it is already too late and disruption has set in.

Traditionally leading companies hire the best and the brightest in their field to gain access to top knowledge in that particular field. For these experts to stay relevant they attend industry specific conference all over the globe, they join industry specific alliances and associations that send them updates on technology happenings, they expand their personal networks, and work on well formed hunches. The companies themselves hire top-shelf consultants to carry out market research and to produce reports that discuss overviews of their markets and the outlining of opportunities. This system works incredibly well to keep one up to date on their specific industry and how industry challenges are met by their corporate peers, however it still leaves massive gaps in knowledge, because most are industry focused and the ability to see outside of one’s industry is left to happenstance vs. real engagement of diverse perspectives of different industries and different cultural and economical realities.

Speaking of diverse perspectives sounds very “CSR” but does this concept have any teeth?  Are there real world examples, where real value was created in one industry from a differing perspective of an expert from another industry? The answer is yes! And in places you least expect it.

Here are a few examples of diverse perspectives at work:

Shai Agassi (45) is the CEO of Better Place, a company, which has developed a model and infrastructure for employing electric cars as an alternative to fossil fuel technology.

Agassi was the president of Products and Technology Group at technology giant SAP and before that he founded a company called Top Tier that was later acquired by SAP for $400 million. Agassi was heir apparent for the CEO position at SAP.

In 2008 under Agassi’s leadership Better Place was fully formed and a joint venture was struck between Renault and Nissan. This joint venture would go on to raise $200 million, and is billed as the fastest and largest seed round raise in history.

In 2008 a Deutsche Bank analyst concluded that the company’s approach could be a paradigm shift that causes “massive disruption” to the auto industry, which has the ability to eliminate the gasoline engine altogether. It’s interesting to note that the model that Agassi would like to employ for Better Place was borrowed from the cell phone industry.

Elon Musk (41) was a co founder of x.com an online financial services company, which later acquired Confinity, which operated a little payment system company  called PayPal; in 2002 PayPal was acquired by eBay for $1.5 billion and Musk was its largest shareholder.  In that same year Musk founded Space X a company that develops and manufactures space launch vehicles with a focus on advancing the state of rocket technology.

In 2008 Space X was awarded a $1.6 billion NASA contract for 12 flights to the International Space Station. In 2009 Space X became the first privately funded liquid-fueled vehicle to put a satellite into Earth Orbit. It is important to note that Musk also is the founder behind Tesla Motors. The CEO of GM has gone on record to thank Musk for kick starting the age of electric cars in the US.

Traditionally innovation is first developed and adopted in the “developed” world and then marketed to the developing world, however GE has figured out that encouraging innovation to be developed by innovators in the emerging markets is providing a massive advantage over competitors, not just in those emerging markets but in “developed” world markets as well. He goes on to say “We are likely to see the reverse innovation phenomenon in a wide range of industries such as ultra-low-cost transportation, renewable energy, clean water, affordable health and low cost housing.”

What is very interesting is in these industries there are very significant challenges being faced in the developed world and many companies and countries do not have differing cultural or geographic perspectives to capture the opportunity provided by “reverse innovation” therefore increasing the risk of being completely blindsided by upstarts in the emerging world that have the benefit of cost and population.

Asking the right questions, having an understanding of what different thought leaders and innovators are doing in different industries will be imperative to prevent against being blindsided by disruptive innovations and models. It was thought that industries like the car industry, the energy industry and the space industry were industries that would never be disrupted because of their inherent make up and position, however a few key people with a different way of looking at challenges are currently in the process of carrying out those disruptions.

The funny thing about disruptive innovation is that the industry that it disrupts almost always first denies, belittles and then reacts too late. Many companies in many industries are being disrupted right now and they don’t know it yet. 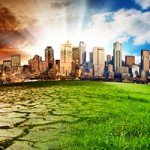 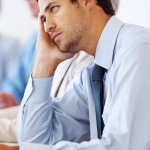