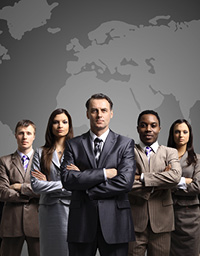 While working on a project for a Fortune 500 company, our team presented a data set of technological innovations that impressed our client, however after the presentation they asked us if this list was completely exhaustive? And how do we know where each innovation fits in comparison to the others in that category?

These questions gave context to the rapidly evolving idea that innovations will come from any and everywhere and being able to source the innovations is just the beginning. Knowing how they fit in the broader context of globalization will be key to acting on a potential threat or opportunity.

In the beginning, Open Innovation was about articulating a challenge and seeking external innovators to help with that challenge. The complexities of that relationship needed to be worked out very carefully to ensure success. Typically, both innovator and innovation adopter believed that they could go it alone, but many found out to go beyond the success of just a “one off” to a more systematic approach required discipline, thought and many times assistance from a host of intermediaries. Finding the technologies was also a challenge but, with the growth of the Internet, this become increasingly less challenging.

Next Open Innovation was about developing processes and allocating resources to adopt those external technologies. This gave rise to open innovation units within companies and outside of companies, technology hubs that focused on sectors in a particular industry. The race was on to have the best reputation for a particular type of innovation, a sort of “We have the next Silicon Valley of our industry” type of objective. Many governments jumped on this idea in a frantic competition to have the most attractive hub, which in turn would bring investors and large company open innovation units, which would drive growth.

The third stage seemed to be crowdsourcing and social media. Large entities from companies to governments decided to leverage the Internet’s evolving social media platforms and either replaced going to the hubs or worked in tandem with their hub relationships to encourage innovators to find them directly. Good examples of this were P&G’s Connect and Develop, GE’s Ecomagination challenge and Toronto’s Climate Spark. A host of idea management service providers were able to create Facebook-like intuitive platforms to allow the innovator to submit technology solutions based on needs that were either stated or assumed.

This allowed firms to focus on re aligning their R&D groups to adopt technologies or add external technologies on to technologies that the firm had already been working on. It also provided quick feedback to innovators about the products and services they were offering to the market and in some cases (GE’s Ecomagination), it even gave innovators alternative opportunities to work with other partners. This was great news for the innovators that made successful connections and there were some really exciting deals and technologies in the market.

As this march continues, components of Open Innovation have started to become highly commoditized, while other components have created opportunities for extreme differentiation and competitive advantage. As the world’s connections via the Internet become more integrated, more ideas and innovations are starting to emerge from all corners of the world—and not just the developed world, but also from the emerging world. The difference in perspective and economic situations are creating many disruptive technologies and models that will create fantastic opportunities for those that see the entire landscape and are able to adapt and collaborate quickly.

Universities will also start to be more of a commodity, as students will be able to move around much more based on the opportunities. Large companies will start to create localized technology hubs of their own to attract the best talent, much like the one being built in Brazil by Vale and the joint university effort by Saudi Arabia and IBM, where Saudi Arabia will cover the cost of all the students once they have been deemed “top class”.

Open innovation and social media fueled by globalization will change the nature of Foreign Affairs and Trade type activities as organizations will be able to connect with local players faster via social media tools like LinkedIn, and idea management platforms like Hype INT etc. All of this expanded communication and connectivity will create a massive amount of noise and within this noise the challenge will be to figure out the signals.

It is my belief that the next step in open innovation will be finding the correct ratio between the signal to noise. Successful organizations will need to be able to identify their entire global ecosystems via the interplay of novel two-way interactions and mine those ecosystems for data, for connections, for context and for opportunities to analyze engage, make discoveries, and collaborate with ecosystem entities. Those organizations will also have to be able to monitor their competitors and new non-industry competitors for disruptive models, emerging trends and innovations. Learning how to create, track and collaborate with these ecosystems will be key to success in the coming decade. 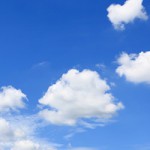 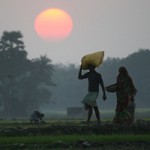