Home | Clean 15 | What’s the Opportunity in the Coming Resource Crisis? 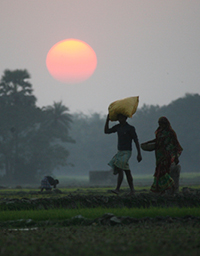 The growing middle class in emerging economies are set to create one of the largest shifts in population and wealth ever recorded. Within this global phenomenon there are many challenges around resource management as it relates to sustainable growth.

First let’s look at some of the jaw dropping statistics of the not-so-far-off-future. By 2015, India’s middle class is expected to reach about 270 million people, up nearly 67 per cent from 2010 levels. It is estimated that India could reach 547 million people who would be considered middle class by 2025. In China, the middle class is expected to reach 700 million people by 2020. For those of you not counting, this means that in just India and China alone there will be at least an additional 1.2 billion middle class people by 2025. Brazil is set to become the fifth-largest economy in the world by 2015 with an approximate growth rate of 4.5 per cent and Russia is set to be the fourth largest economy in 2015.  According to a report done by McKinsey between 1980 and 2009, the global middle class grew from 700 million people to about 1.8 billion people and over the next 20 years it is likely to add an additional 3 billion, which will bring us to nearly 5 billion people that are considered middle class. All things considered, this number is breathtaking and must be approached with sustainability as a main focus.

The massive shift will mean a significant increase in global consumption.  This sets the stage for serious considerations with regard to resources, but also creates an environment for a rapid increase in disruptive technological innovation and business model revolution.  According to the McKinsey Report referenced earlier, “Helping consumers and companies to use or access resources more efficiently should be very good business in the years ahead. Major companies, such as General Electric and Siemens, are building resource productivity businesses by investing heavily in emerging clean-energy and clean-water opportunities ranging from wind turbines to industrial-energy efficiency. Famous venture capitalist Vinod Khosla predicted that positive ‘Black Swans’ will ‘completely upend assumptions in oil, electricity, materials, storage and agriculture.’”

Resource producing companies have started focusing on creating more sustainable processes and techniques. As pressure mounts from interest groups in society, and the ability of information to be spread at lightning speed via social media, resource extraction companies are being forced to pursue cleaner technologies that address some of the major concerns. An example of this was seen when Peru and Newmont decided to shut down their plans for a $4 billion project mining project after fatal social unrest that stemmed over concerns of water contamination. But social pressure alone is not the driving force behind this change. Many companies see a direct benefit to their business when they relate resource management to their company strategy. Developing and or sourcing technologies, services and products to address the needs of customers and stakeholders as well as getting a better grasp on potential opportunities based on new geographical markets will be extremely critical in the next few years. Identifying sustainable opportunities in existing value chains and company operations will also be very important. The opportunity for smaller, more agile companies to disrupt larger incumbents become very apparent when looking and the complexity of the challenge for the more stable organization that focuses on short-term shareholder value.

As the pressure around resources becomes more intense, more regulations will be brought to the forefront and smart companies will seek the opportunities presented as well as taking real proactive measures with regard reputation risk. In Europe, the new carbon tax aimed at the airline industry has sparked heated debates and protest with carriers and their respective governments; however, Sir Richard Branson has already started positioning his Virgin Airlines to take advantage of the tax by its strong support for the renewable energy fuel industry and his Carbon War Room initiative. They have also started a website that focuses on getting cleaner jet fuels made from renewable resources to other airline carriers. It remains to be seen the ROI on this venture; however, getting a jump-start on the future may not be a bad idea.

To support the growth of the emerging middle class of the BRIC countries an increase in resource supply will be inevitable, and will lead to great opportunities for resource-rich countries like Canada. Canada is one of the largest holders of natural resources in the world as well as one of the largest holders of potential knowledge-based assets; however, developing these resources in a sustainable manner will require new ways of exploring developmental and environmental challenges as well as “best in class” innovations.

To maintain competitive advantage and drive sustainable growth, companies and countries large and small will need to source external innovations by identifying global technology ecosystems and mining those ecosystems for technological context and partnership opportunities.  Climate Change is here, water scarcity is here, economic uncertainty is here, and it all leads to a recipe for massive opportunity. 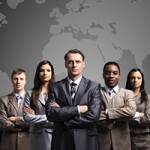 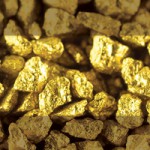