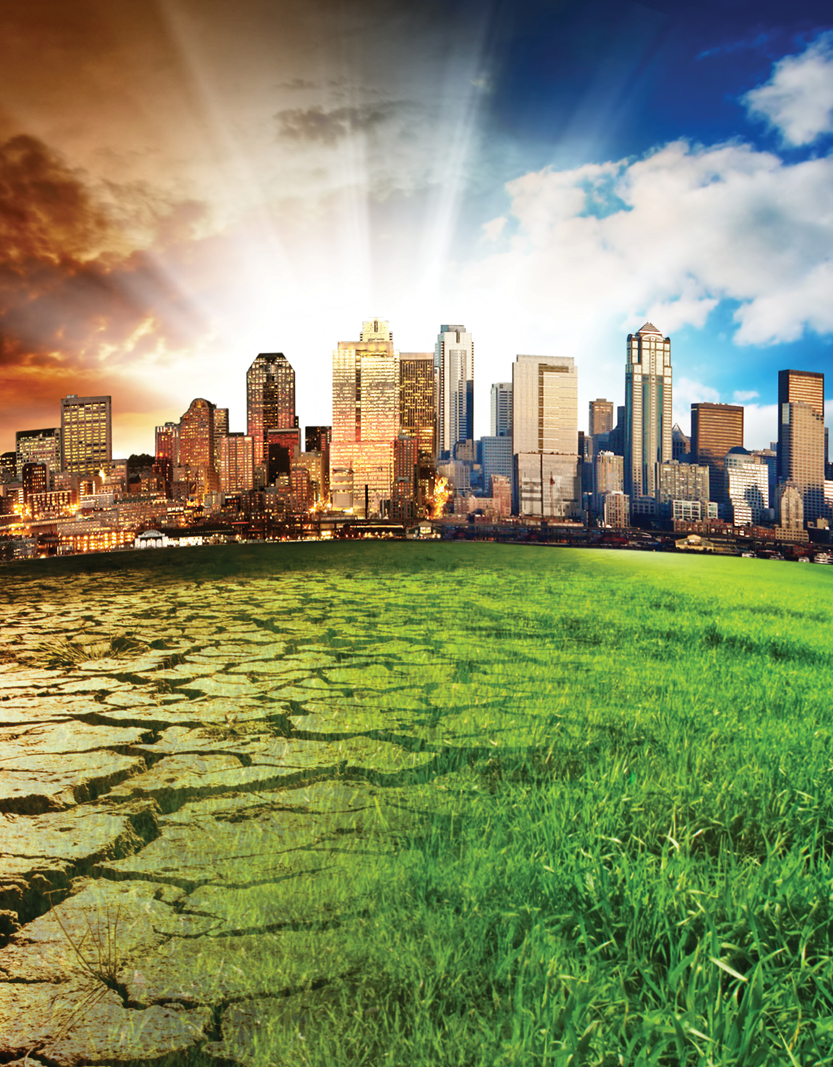 Solve a big problem and get a big reward. That’s how our market economy works. The granddaddy of problems in the 21st century is climate disruption. Our increasingly unstable climate brings unacceptable economic and social risks. Solving that problem means massive global investment in low-carbon energy technologies and infrastructure. The potential rewards are massive.

The threat of climate disruption is clear. The IPCC’s (Intergovernmental Panel on Climate Change) recent report – their Fifth Assessment – is but the latest in a series of increasingly urgent warnings from our most august institutions. The Royal Society, the US National Academies of Science, the International Energy Agency, NASA, the Pentagon – all confirm business as usual takes us to a dangerous place. We can no longer stop climate disruption, but we can slow it down – reducing the costs of adaptation: more extreme weather; increasing frequency of floods and droughts; rising ocean levels; food scarcity.

The solution is to decouple economic activity from carbon emissions. It’s a two-step dance: lower the carbon content of energy (more renewables) and reduce the energy inputs for goods and services (more efficiency). Together they define the emerging low-carbon energy economy.

The backbone will be the Energy Internet, an intelligent electrical grid powered by distributed renewable energy sources, combined with energy storage and demand response. It’s the Internet on steroids: big wires not little ones, bursts of energy as well as packets of data, power plants and server farms. The capital, engineering and material demands will far surpass today’s data networks.

Engines and turbines will become more efficient and increasingly reliant on biofuels – mainly from cellulose. Intelligent buildings will produce much of their own energy. Their carbon footprints will be a fraction of what they are today. Across all industries, we’ll generate wealth – make and move stuff – with less energy. As our energy intensity drops, our economic resilience will grow.

Just as the Internet enabled today’s data-driven economy, cleantech will form the foundation of tomorrow’s low-carbon economy. Rather than being a sub-sector, cleantech will become a new way of doing business across the broader economy. From manufacturing to financial services, from mining and forestry to automotive and energy: the ability to constrain carbon emissions will be critical to sustained competitive advantage. Industries that can’t keep up will wither.

Those that succeed will prosper.

The economic opportunity is tangible. The global cleantech market is expected to reach $2-$3 trillion by 20201. If Canada took just 2% of that market – equivalent to our carbon emissions – then cleantech would be bigger than automotive. This stuff has more potential for wealth generation than the microchip did back in the 1960s. We’d be fools not to reach for a piece of it.  And we’re off to a good start.

Canada’s cleantech sector flies under the radar because it’s comprised mainly of small and medium sized enterprises (SMEs – companies with less than $50 million in revenue). But it adds up to serious economic firepower. According to Ottawa-based Analytica Advisors, roughly 700 cleantech SMEs contribute more than $10 billion to the economy. It’s estimated to grow to as much as $62 billion by 2020. It employs more than fifty thousand Canadians and is heavily export-driven. It’s also resilient: at the height of the recent recession its revenues increased 23 percent. And in a carbon-constrained world, that market is going nowhere but up.

Most importantly, it’s highly innovative and technology driven. Canadian cleantech companies spend more than a billion dollars a year on R&D – more in absolute terms than the oil & gas industry. Our best and brightest – from Morgan Solar to Woodland Biofuels, from Plasco to Hydrogenics and Hydrostor to CarbonCure – are building a strong base of intellectual property. They are the next wave of Canadian high tech.

But it’s not just about startups – Canada’s biggest corporations are critical. Many are stepping up. Enbridge invests directly in cutting edge startups, and uses their global clout to help them into the global marketplace. Hydro One and other utilities are working to stay at the forefront of smart grid technologies.

Siemens Canada, GE Canada, and other OEMs have set up shop here because they see our innovation benefitting their global product lines.

This activity didn’t come out thin air, but with strategic public support. Most industries of consequence are the same. Silicon Valley didn’t emerge spontaneously from the orange groves of California, but began as a collaborative between Stanford and the venture capital community. The Internet was preceded by a long history of publicly funded research and strong initial demand for the microchip by the military. The US automotive sector got a boost following the Federal-Aid Highway act, and Canada solidified our piece of the pie with the political arm-twisting that got the Auto Pact.

Cleantech is no different. Countries are competing to establish a foothold. China dominates solar and wind manufacturing, not just by virtue of cheap labour, but because Chinese state banks poured cheap capital into factories and renewable energy projects. Brazil has taken advantage of their agricultural sector to lead world ethanol production. Germany is targeting energy storage, the US National Labs advanced battery chemistry, and South Korea the smart grid.

Canada has successfully put a stake in the ground, but we can’t rest on our laurels.

Sustainable Development Technology Canada (SDTC) is one of our most potent tools. SDTC provides capital for those first crucial capital-intensive demonstrations. It’s not easy money – you need a commercial customer, corporate partners, matching private funds, and be savvy enough to get through rigorous diligence. SDTC is one of the world’s most admired public-private partnerships, and has almost single-handedly seeded initial growth of Canada’s cleantech sector.

At MaRS we mentor entrepreneurs, and the MaRS Cleantech Practice gives cleantech startups with game-changing technology access to a global network of corporate partners with capital and market access. The MaRS Cleantech Fund is a privately backed $30 million venture fund (of which I’m Managing Partner) – working with the Practice – that provides much-needed early stage venture capital. Our companies are delivering – today – globally competitive technology into world markets, from the Caribbean to Europe to the US.

But with opportunity comes risk – and not just from extreme weather. Fossil fuel extraction is a high-stakes bet, one that over the long term has to lose. To keep temperatures anywhere close to safe levels – 2C is a useful line in the sand – three-quarters of known reserves have to stay in the ground. No ifs, ands, or buts – we can’t burn it. The ‘carbon bubble’ is the value of those excess reserves sitting on energy companies’ balance sheets. At some point the carbon bubble will burst and investment funds will get hit hard as enterprise value drops. Yes, we need fossil fuels for now. But the social license for continued extraction is under legitimate threat.

Canada stands to gain if we intelligently and strategically manage the shift to participate in a low carbon global economy. Our resources aren’t limited to hydrocarbons: they include wind, geothermal, biomass, tidal – and most of all – a culture of innovation. In the months to follow, I’ll track the business side of the ledger – highlighting innovative companies, emerging opportunities and threats, new financial and business models, and compelling technology trends.

But let’s be clear: mitigating climate disruption is not just a business opportunity. Reducing our response to mere opportunism belies what’s at stake. The task before us is nothing less than our generation’s turn to preserve the economic prosperity and civic structures passed to us. Failure puts everything we take for granted at risk– from food security to a functioning civil society. Slowing the onslaught of an angry climate is not optional – it’s an existential and moral mandate. It’s time for a new way of doing business.

After years as a successful software entrepreneur Tom now focuses on carbon mitigation and is active in Cleantech venture capital, technology incubation & commercialization, and public advocacy. He is Managing Partner of the $30 million privately-funded MaRS Cleantech Fund, a Senior Advisor at the MaRS Discovery District. His first book Kick the Fossil Fuel Habit was published in early 2010 and his second (Waking the Frog) is to be published this fall. Tom holds a BSc in electrical engineering (U of Waterloo), an MSc in philosophy of science (University of London and LSE) and an MA and PhD in philosophy (U of Toronto) and is an Action Canada Fellow. 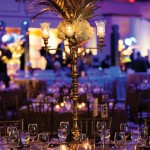 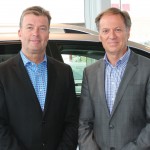