NOT FOR DISSEMINATION IN THE UNITED STATES OR FOR DISTRIBUTION TO U.S. NEWSWIRE SERVICES AND DOES NOT CONSTITUTE AN OFFER OF THE SECURITIES DESCRIBED HEREIN.
TORONTO, Nov. 05, 2020 (GLOBE NEWSWIRE) — Cluny Capital Corp. (the “Company”) (TSXV:CLN.H), a capital pool company pursuant to Policy 2.4 of the TSX Venture Exchange (the “TSXV”), is pleased to announce that it has entered into a definitive agreement with Teonan Biomedical Inc. (“Teonan”) for the proposed combination of the two companies (the “Proposed Transaction”). The Proposed Transaction is intended to constitute the Company’s Qualifying Transaction (as such term is defined by the TSXV) and would result in a reverse take-over of the Company by Teonan. The parties had originally entered into a binding letter of intent dated July 28, 2020 which was announced by the Company on July 30, 2020. Additional details with respect to the Proposed Transaction will be announced at a later date in a comprehensive news release in accordance with Section 12.2 of TSXV Policy 2.4.About TeonanTeonan produces wellness beverages through its two brands, Teonan and Velada. Inspired by the relationships which ancient cultures held with the use of functional mushrooms, Teonan’s line of beverages is primarily focused on delicious flavours and immune support with a custom blend of organic functional mushroom extracts added in all of its beverages. Offered in a variety of delicious flavours, its beverage mixes are all probiotic, certified organic, vegan, dairy free, GMO free and gluten free. Teonan’s line of instant beverages are presently sold direct to consumers via its online stores across North America with shipping from its distribution centers in the USA and Canada. Its second brand, Velada is Teonan’s cannabis brand which operates under Teonan’s Canadian cannabis license which it obtained in November 2019 in accordance with the Cannabis Act to produce a cannabidiol (CBD) infused version of the Teonan beverage formulas. Teonan is continuously striving to further fortify the connection between people and functional mushrooms through its beverages.For further information:Cluny Capital Corp.
James Greig, Director
(778) 788-2745
james_greig@hotmail.comTeonan Biomedical Inc.
Erin Ronsse, President
eric@teonan.comThe information provided in this news release regarding Teonan has been provided by Teonan and has not been independently verified by the Company.Completion of the transaction is subject to a number of conditions, including but not limited to, TSXV acceptance and if applicable pursuant to TSXV Requirements, majority of the minority shareholder approval. Where applicable, the transaction cannot close until the required shareholder approval is obtained. There can be no assurance that the transaction will be completed as proposed or at all.Investors are cautioned that, except as disclosed in the management information circular or filing statement to be prepared in connection with the transaction, any information released or received with respect to the transaction may not be accurate or complete and should not be relied upon. Trading in the securities of a capital pool company should be considered highly speculative.The TSX Venture Exchange Inc. has in no way passed upon the merits of the proposed transaction and has neither approved nor disapproved the contents of this news release.NEITHER THE TSX VENTURE EXCHANGE NOR ITS REGULATION SERVICES PROVIDER (AS THAT TERM IS DEFINED IN THE POLICIES OF THE TSX VENTURE EXCHANGE) ACCEPTS RESPONSIBILITY FOR THE ADEQUACY OR ACCURACY OF THIS RELEASE.This news release does not constitute an offer to sell or the solicitation of an offer to buy any securities in any jurisdiction.The securities referred to in this news release have not been, nor will they be, registered under the United States Securities Act of 1933, as amended, and may not be offered or sold within the United States or to, or for the account or benefit of, U.S. persons absent U.S. registration or an applicable exemption from the U.S. registration requirements. This news release does not constitute an offer for sale of securities, nor a solicitation for offers to buy any securities. Any public offering of securities in the United States must be made by means of a prospectus containing detailed information about the company and management, as well as financial statements. 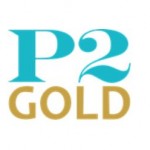