CBJ – Canada Mortgage & Housing Corp. has told more than 10% of its employees they will be let go as part of a restructuring plan. Ironically, CMHC will actually be hiring more people, but in areas of higher priority such as risk management and information technology.

CMHC has determined 215 of its staff can be made redundant according to a statement provided to Bloomberg News by CMHC spokesman Charles Sauriol. The affected workers come from “all sectors and all regions.” A subsequent expansion will mean only a “small net reduction” in staffing, according to the statement. The agency said in its 2013 annual report that it has roughly 1,900 employees.

“The goal of the organizational design process is to build a better CMHC,” the company said in the statement. “This meant looking at all the activities we do in both regions and at national office to determine if they are being done most effectively or if they should be done at all.”

The move marks the biggest change at the agency since the appointment of Evan Siddall, a former official at Goldman Sachs Group Inc., as its chief executive last December.

In its latest corporate plan, the agency said it was working to achieve “administrative efficiencies in the federal social housing portfolio, the rationalization of the delivery of research and information dissemination, and the elimination of export promotion activities.” 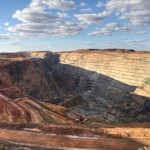