MONTREAL, April 27, 2021 (GLOBE NEWSWIRE) — The Board of Directors of CN (TSX: CNR) (NYSE: CNI) is pleased to announce that Ms. Roberta Louise Jamieson, OC, Kanyen’kehà:ka, and the Honourable Murray Sinclair, Mizanay (Mizhana) Gheezhik, have accepted to Co-Chair the CN Indigenous Advisory Council (“IAC”), an independent body comprised of Indigenous peoples’ representatives from across the country.

The Council’s mandate is to provide advice to the members of CN’s Board and President and Chief Executive Officer on issues that are relevant to CN and its relationship with the over 200 Indigenous communities in which CN operates. The goals of the IAC include reinforcing diversity and inclusion through policies and procedures that reflect these values, as well as fostering meaningful and long-lasting relationships between the railway and Indigenous peoples.

“The Indigenous Advisory Council is an important forum for us to engage in an honest and constructive dialogue between the Company and Indigenous leaders so that we can all aspire to our full potential. Our society is changing rapidly and we must find ways to end discrimination and promote reconciliation while at the same time jointly addressing pressing issues such as economic inclusion and protection of our environment.”

“It is with great enthusiasm that I have accepted this responsibility. This initiative on the part of CN demonstrates once again the company’s commitment to developing meaningful relationships based on respect, education and mutual benefit. It is through this commitment that we will be able to create meaningful change for all Indigenous peoples.”

“By creating the IAC, CN seeks to improve existing relationships and to build meaningful and positive new relationships with Indigenous peoples. It is why, in 2013, we adopted the CN Aboriginal vision which focuses on engaging respectfully, promoting employment opportunities, increasing our employee engagement, and identifying business opportunities with Aboriginal communities. Now, with the guidance of our Co-chairs and the members of IAC, CN intends to strengthen and formalize these commitments as part of our wider corporate Environmental, Social, and Governance (ESG) goals. We are very grateful for the leadership and expertise that both Mrs. Roberta Jamieson and The Honourable Murray Sinclair will bring to CN and we are committed to respectful and sustainable relationships with all Indigenous peoples across the CN network.”

- Robert Pace, Chair of the Board of CN.

The creation of the IAC is part of a series of measures that will reinforce the Company’s status as a leader among North American Class 1 railroads and across the transportation sector, including improvements to the effectiveness, transparency and accountability of the Board in line with emerging best practices. CN’s longer-term goal is to be at the leading edge of ESG best practices across North America and globally.

Co-Chair Bios
Ms. Roberta Louise Jamieson, OC, Kanyen’kehà:ka:
Roberta Jamieson, is a Mohawk from the Six Nations of the Grand River Territory, she was the first First Nations woman in Canada to earn a law degree and the first woman to be elected chief of the Six Nations of the Grand River Territory. She is an experienced mediator serving as Commissioner of the Indian Commission of Ontario. Ms. Jamieson also served ten years as Ontario’s first female Ombudsman. She has been awarded 27 honorary degrees, the designation of IPC from the Indigenous Bar Association, and is an Officer of the Order of Canada. She was appointed to the inaugural Gender Equality Advisory Council of the G7 Summit, to embed gender equality in decisions made by the world’s seven most advanced economies. Now a corporate director, Ms. Jamieson is the former President and CEO of Indspire, Canada’s largest Indigenous charity, which funds the education of Indigenous post-secondary students and informs Canadians about Indigenous accomplishments. During her time there, Indspire distributed $132 million in bursaries and scholarships to more than 40,000 Indigenous post-secondary students across Canada.

The Honourable Murray Sinclair, Mizanay (Mizhana) Gheezhik, LLB MSC IPC :
The Honourable Murray Sinclair is an Anishinaabe and a member of the Peguis First Nation. He is a Fourth Degree Chief of the Midewiwin Society, a traditional healing and spiritual society of the Anishinaabe Nation responsible for protecting the teachings, ceremonies, laws, and history of the Anishinaabe. He graduated from law school in 1979. He has been involved with the justice system in Manitoba for over 40 years, as a lawyer representing Indigenous clients, as an Adjunct Professor of Law at Robson Hall, as Associate Chief Judge of Manitoba’s Provincial Court and as a Justice of the Court of Queen’s Bench. He was the first Indigenous Judge appointed in Manitoba and Canada’s second. He served as Co-Chair of the Aboriginal Justice Inquiry of Manitoba and as Chief Commissioner of Canada’s Indian Residential Schools Truth and Reconciliation Commission. He retired from the Bench and was appointed to the Senate in 2016. After retiring from the Senate in early 2021, he returned to the practice of law and mentoring young lawyers at Cochrane Saxberg LLP. He is currently writing his memoirs.

To learn more on how CN is working to build a more sustainable future, please visit www.cn.ca/en/delivering-responsibly.

About CN
CN is a world-class transportation leader and trade-enabler. Essential to the economy, to the customers, and to the communities it serves, CN safely transports more than 300 million tons of natural resources, manufactured products, and finished goods throughout North America every year. As the only railroad connecting Canada’s Eastern and Western coasts with the U.S. South through a 19,500-mile rail network, CN and its affiliates have been contributing to community prosperity and sustainable trade since 1919. CN is committed to programs supporting social responsibility and environmental stewardship. 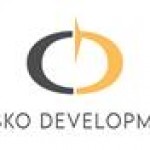