Home | Features | January 15 | Coaching’s All the Rage But Is It Really Worth It?

Coaching’s All the Rage But Is It Really Worth It?

Before I got into Executive coaching about six years ago, I was a seasoned Vice President of Sales with lots of international experience. I thought it would be a bit unique to do coaching since there appeared not to be too many of them about. But things have changed – a lot! In fact numbers have exploded. I sometimes think there are as many coaches as non-coaches, with every variety imaginable. So what happened and how might it help you?

I was very lucky in my early career since the companies I worked for believed strongly in continuous improvement, including continuous education. Of course it was no surprise that these companies also expected (and in some cases demanded) exceptional results. So I was infused at any early age with reaching for more, striving for ever-better results, and also always trying to find ways of improving my company and myself. All very exciting indeed! However when you move up the ranks it actually becomes harder to get access to the kind of experience and knowledge you need to continue the momentum that is your career. I think that’s one of the key reasons why more coaches are in existence now than ever before.

There doesn’t appear to be ‘jobs for life’ in the private sector anymore, and even the most skilled and competent of leaders can find themselves out of work. So, becoming a coach can appear to be a sensible next career step. But why do so many people try it and then revert back to a non-coaching role after only a short period of time? I think because it’s tough. It’s tough to find good clients, and it’s tough to keep them. But again – why? Let’s look at why people (and companies) opt for Executive coaching in the first place:

1. There’s an employee performance challenge: strangely this is not the most common reason why coaching is started, but it’s common. Someone reaches a point of seniority where (for whatever reasons) they are struggling to maintain the performance levels that inevitable got them this promotion. People stop changing for a variety of reasons and uncovering and fixing this can be quite complex. I have found that if there is a genuine willingness from the coachee to make immediate and significant changes, timely coaching can work well.

2. Continuous improvement is encouraged at every level: this is undoubtedly the best scenario for a coach since the company and the individuals are likely hardwired to think of change as a positive occurrence, actively looking to enhance their skills and knowledge as a competitive advantage. I have personally found these types of coachees seem to accelerate to higher performance levels the fastest. Most are very open to continuing their career learning, and see coaching as both fun and exciting. I call these people the eternal kids since just like kids they remain curious and open to change.

3. The company (or Executive Team) performance has stalled: and something needs to change rapidly. Just because there are challenges with KPI’s (key performance indicators), does not mean that the Executive team is wrong for the company and needs replaced. It’s inevitable that when Executives have been part of a company for a while, they will tend towards doing things the same way as before (since that’s what they know). Occasionally ’shaking things up a bit’ by introducing some timely coaching can encourage Executives to get back into the positive change groove once more. When this happens I have normally seen Executives regain their zest for the role and company again: A definite win-win scenario.

4. You’ve accepted a job you don’t have experience for: for example being promoted to VP of Sales & Marketing after being in Sales your entire career. You have the right leadership attributes to take on more responsibility but now having 100% responsibility for an area that you don’t have years of grounded experience in, can be challenging. I often see this with CEO’s who have never been in Sales and now have to manage a VP of Sales as well as all the other challenges of revenue generation: Time to learn fast.

5. You are being groomed for further responsibility: this is when coaching can be the most fun. When the organization has recognized you as a ‘high-flyer’, someone who will soon be ready to take on even more responsibility. Coaching can really help these people broaden out their knowledge, approaches and experiences quickly to ensure more rapid performance acceleration in their soon-to-be expanded role.

6. Acceleration is needed in your new role: for example you were a Director of Sales and now promoted to VP of Sales – but you’ve never operated at the Executive level of a company before – phew! With all promotions, after years of positive experience you will have learned much about the challenges and possibilities of the role. You will likely make big strides forward as well as learn some tough lessons. It’s these tough lessons that can often be circumvented altogether through highly professional coaching. Think of a great coach as being able to illuminate the road ahead so that you see more clearly what’s coming up, and give you time to think of timely, winning and creative solutions.

7. The company is preparing for something bigger: some companies are fortunate enough to go public, seek out the acquisition trail, or commit to accelerated growth. In all cases the skills of the Executive Team needs to be at, or ahead of, the expected growth curve. It’s not uncommon to ‘inherit’ people, products, services, challenges and opportunities that you have never experienced before. Coaching with people who have navigated these successfully can yield the fastest learning outcome, and through this the fastest company performance gains.

8. Other options are not cutting it: of course there are other options to coaching including mentoring, training (both on-the-job or formal), and reading. If you have exhausted them then Executive coaching can be a great alternative.

In my experience the constant pressure on Executives to perform appears relentless. There’s nowhere to hide anymore, and if you are not performing at least to the level of your Executive peers or your ever-hungry competition, it will quickly become evident. Executive coaching is no guarantee of future success, but for those companies who embrace it, in my experience seem to be the companies that continually out-perform the rest.

Consider the 5% personal investment rule for your senior management – it states that 5% (or more) of their total remuneration should be used for their continuous improvement year-after-year. This small percentage can quickly turn into one of the best investments a company can make, and the positive flow-on effects to the rest of the organization can be simply awe-inspiring. An Executive Team that is eager for continuous and positive change, and looks and expects it in the wider organization, is in my Executive coaching opinion highly competitive. When you are truly competitive that’s when the fun really begins.

Joe Connelly is Founder & CEO of SalesLeadership.com, a worldwide Executive and Sales Coaching and Consulting company, with offices in Canada and Switzerland. Joe can be reached through the website at 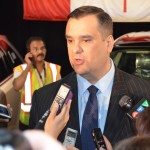 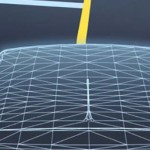 Is Your Career Stuck in Gridlock? Change your GPS