TORONTO, June 21, 2021 (GLOBE NEWSWIRE) — Collective Mining Ltd. (TSXV: CNL) (“Collective” or the “Company”) is pleased to provide an activity update on it’s Guayabales project (“Guayabales”) located in Caldas, Colombia. The project is situated contiguous and immediately along strike to the northwest from Aris Gold’s Marmato Gold Mine (“Marmato”), which contains Proven and Probable reserves of 2.0 million ounces gold and 4.35 million ounces silver (19.7 Mt grading 3.2 g/t gold and 6.9 g/t silver). Supporting images for this release can be found in Figures 1-4.

The Company’s interpretation of the Guayabales project is that the precious metal mineralization encountered throughout the property is related to a series of copper-gold-molybdenum porphyry intrusions. It is also likely that these porphyry intrusions are at least partially responsible for the robust mineral endowment of the area (including Marmato). Importantly, Collective Mining is the first company to ever consolidate the prospective land package along strike to the northwest and adjacent to Marmato.

Over the past nine months, the Company has rapidly advanced the project with intense geological mapping, soil and rock sampling programs and has completed and interpreted a high resolution, airborne geophysical survey. Work to date has highlighted a major NW-trending and mineralized structural corridor that incorporates both porphyry style copper-gold-molybdenum mineralization and associated high-grade gold-silver (base metal) vein systems. Guayabales is located immediately along strike, and at higher elevation, to the Marmato orebodies preserving vertically larger zones of the highly prospective Miocene intrusive related mineralized systems. Current surface exploration activity has covered less than 20% of the project area and has already identified four initial targets referred to as Donut, Tower, Olympus and Victory which are described as follows:

Qualified Person (QP) and NI43-101 Disclosure
David J Reading is the designated Qualified Person for this news release within the meaning of National Instrument 43-101 (“NI 43-101”) and has reviewed and verified that the technical information contained herein is accurate and approves of the written disclosure of same. Mr. Reading has an MSc in Economic Geology and is a Fellow of the Institute of Materials, Minerals and Mining and of the Society of Economic Geology (SEG).

Collective is an exploration and development company focused on identifying and exploring prospective gold projects in South America. Collective currently holds an option to earn up to a 100% interest in two projects located in Colombia: (i) the San Antonio project; and (ii) the Guayabales project. The 3,780 hectare San Antonio Project is located in a historical gold district in the Caldas department of Colombia. With recent geophysical and LIDAR surveys completed, an initial 5,000 metre drill program is underway at the project with initial assay results anticipated in Q3, 2021. The 3,333 hectare Guayabales Project is also located in the mining friendly Caldas department of Colombia. The Guayabales Project is currently undergoing aggressive surface exploration and is expected to begin a maiden drill program in September, 2021.

All information contained in this news release with respect to Collective was supplied by the parties respectively, for inclusion herein, and each party and its directors and officers have relied on the other party for any information concerning the other party. For further information regarding the Qualifying Transaction, please contact:

This news release contains certain forward-looking statements, including, but not limited to, statements about the maiden drill program, including timing of results, and Collective’s future plans and intentions. Wherever possible, words such as “may”, “will”, “should”, “could”, “expect”, “plan”, “intend”, “anticipate”, “believe”, “estimate”, “predict” or “potential” or the negative or other variations of these words, or similar words or phrases, have been used to identify these forward-looking statements. These statements reflect management’s current beliefs and are based on information currently available to management as at the date hereof.

Neither the TSXV nor its Regulation Services Provider (as that term is defined in the policies of the TSXV) accepts responsibility for the adequacy or accuracy of this news release. 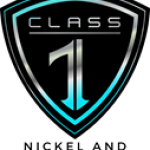 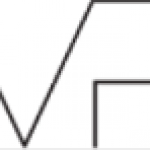