Compass CEO, Larry Phillips, said, “Our recent reports have focused on the exciting Tarabala trend and the three large mineralized zones where a deeper drilling program is ready to commence. At the same time, our team continues to evaluate our extensive ground package through a systematic, aggressive shallow drill program, discovering additional targets for our exploration pipeline.

The first drilling results at the Old Sam target, 40 km south of Tarabala, are highly encouraging. Initial drilling has discovered a shallow zone of low-grade gold along a 2 km strike from the Samagouela artisanal workings. A follow-up drilling program is being planned in order to identify wider, higher grade zones of mineralization at this important new target.

To the north along the Farabakoura Trend, the first shallow drilling at the Dialéké target has also intercepted gold mineralization, including some very high-grade narrow intercepts up to 10.27 g/t Au, which will be also be the subject of further work.

Meanwhile, our team is preparing to start our previously announced 10,000 m infill and deeper drilling program over a 5.4 km zone on the highly prospective Tarabala Trend at the Tarabala, Massala West and Massala Extension prospects. Drilling will proceed through the rainy season, and we expect to see the initial results towards the end of July.

Eighteen shallow air core (AC) holes (889 m) were drilled on three targets at Old Sam (Figure 1) to test artisanal workings or gold in soil anomalism associated with potential mineralized structures along the Samagouela Trend. Two six-hole NW-trending fences and one N-S-trending fence were drilled on structures associated highly anomalous shallow soil samples (up to 0.29 g/t Au at the workings, and 0.75 and 9.82 g/t Au on the other areas). Geological mapping and interpretation of Gradient Induced Polarization (IP) geophysics identified several strong northeast-trending faults on each fence that were coincident with the soil anomalism.

The most notable mineralized intercepts were recorded from the historic workings (Table 1) in hole KOAC090. Over an interval of 21 m, three elevated zones of mineralization were identified, the widest of which was 6 m @ 0.59 g/t Au (from 28 m), containing 2 m @ 1.06 g/t (from 30 m). Follow-up work is recommended on this gold-bearing structure to determine whether wider zones of mineralization are present along strike, or down dip. No mineralized intercepts greater than 0.20 g/t Au were measured in the other two fences, despite the much higher shallow soil gold anomalism.

A photo accompanying this announcement is available at https://www.globenewswire.com/NewsRoom/AttachmentNg/0c64f5eb-0de6-44ab-93b1-7e94642935fb

1True thicknesses are interpreted as 60-90% of stated intervals.
2 Intervals use a 0.2-gram-per-tonne gold cut-off value

Twenty-four (28) shallow AC holes (1,412 m) were drilled on three NE-orientated fences at Dialéké (Figure 1) to test a 350 m by 130 m area of surface gold excavations and shallow soil gold anomalism adjacent to the Siekorole fault. Only one fence was drilled directly over the workings (OUAC074-085), and it was this fence that contained the highest gold concentrations (1 m @ 10.27 g/t Au; OUAC082) and widest intervals (3 m @ 2.06 g/t Au; OUAC081) (Table 1) The fence to the south of the workings contained only trace amounts of gold, whereas the short fence 200 m to the north (OUAC086-089), drilled to test gold anomalism in shallow soil samples, was barren. The target remains open at depth and along strike, and might be revisited at a later date.

All AC holes from Dialéké reported here were drilled on an azimuth of 045° (towards the northeast), at dips of 55°.   AC holes from Old Sam were drilled on an azimuth of 315° (towards the NW) or 000° (towards the north). Hole lengths at both prospects varied from 39 to 54 m. The drill fences were designed to test structures interpreted from Gradient IP surveying, and potential mineralized trends identified by Compass’s earlier fieldwork. Drilling was performed by Etasi and Co. Drilling (Mali). All samples were prepared by Compass staff and an appropriate number of standards, duplicates and blanks were submitted and analysed for gold at SGS (Bamako, Mali) by fire assay.

A 55-AC-hole drilling program (totalling 3,300 m) is currently underway at Compass’s Massala West prospect and is progressing well. Upon completion of this work, a deeper 5,000 m reverse circulation (RC) drilling program will take place at Massala West and 2 km to the south at Tarabala. The purpose of this drilling is to determine the strike and depth extension of previously identified gold mineralization over 4.5 km following the Tarabala fault.

Based on recently identified anomalous soil samples (up to 1.05 g/t Au) 750 m to the west of the Tarabala fault, additional ground geophysics will be performed to help define future drilling targets.

Compass, a public company having been incorporated into Ontario, is a Tier 2 issuer on the TSX- V. Through the 2017 acquisition of MGE and Malian subsidiaries, Compass holds gold exploration permits located in Mali that comprise the Sikasso Property. The exploration permits are located in three sites in southern Mali with a combined land holding of 867 sq. km. The Sikasso Property is located in the same region as several multi-million-ounce gold projects, including Morila, Syama, Kalana and Komana. The Company’s Mali-based technical team, led in the field by Dr. Madani Diallo and under the supervision of Dr. Sandy Archibald, P.Geo, is conducting the current exploration program. They are examining numerous anomalies first noted in Dr. Archibald’s August 2017 “National Instrument 43-101 Technical Report on the Sikasso Property, Southern Mali.”

All AC samples were collected following industry best practices, and an appropriate number and type of certified reference materials (standards), blanks and duplicates were inserted to ensure an effective QAQC program was carried out. The 1 m interval samples were prepared and analyzed at SGS SARL (Bamako, Mali) by fire assay technique FAE505. All standard and blank results were reviewed to ensure no failures were detected.

This news release has been reviewed and approved by EurGeol. Dr. Sandy Archibald, P.Geo, Compass’s Technical Director, who is the Qualified Person for the technical information in this news release under National Instrument 43-101 standards. 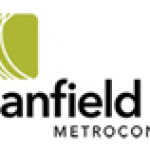 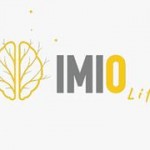