Conclusion: No Collusion But Shaky Ethics 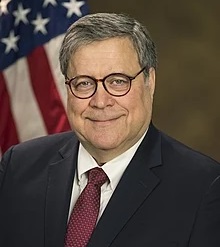 CBJ — After what seemed like a never-ending saga relating to the investigation by Special Counsel Robert Mueller into U.S. President Donald Trump and possible collusion with Russia, the final determination is that there was none.

However, Trump certainly doesn’t come away unscathed. Mueller’s investigation did not establish that Trump committed a crime but also did not exonerate him. The president never sat for an interview with Mueller during the nearly two-year investigation, despite indicating on several occasions his willingness to do so.

Mueller, a former FBI director, never spoke publicly during the course of the investigation.

There had been widespread speculation that Trump’s team and Russian cooperatives worked together to defeat Democratic nominee Hillary Clinton in the 2016 U.S. Presidential election.

By no means does Trump come away without a number of battle scars from this sordid episode in American history. The 448-page report said that in June 2017, Trump directed White House Counsel Don McGahn to call the acting attorney general and say that Mueller must be ousted because he had conflicts of interest.

McGahn refused — deciding he would rather resign than ignite what he regarded as a potential Saturday Night Massacre of Watergate firings fame in the early 1970s.

It certainly appears as if Trump may have been saved from serious legal jeopardy by his own loyal staffers, who refused to carry out orders they thought were problematic or legally dangerous. Whether Trump appreciated it or not is another matter altogether.

For all of that, Mueller said in his report that he could not conclusively determine that Trump had committed criminal obstruction of justice.

While Mueller drew no conclusion about whether U.S. President Donald Trump had obstructed justice in the investigation, Barr said he and Deputy Attorney General Rod Rosenstein personally had concluded that while Trump was “frustrated and angry” about the Mueller probe, nothing the president did rose to the level of an “obstruction-of-justice offence.”

According to Barr, the Mueller report examined 10 episodes pertaining to Trump and obstruction, but found nothing substantial enough that would stick in terms of charges being laid.

The release of the redacted report is highly unlikely to sway public opinion one way or another. Republicans will say ‘told you so — nothing to see here’ while Democrats will still claim ‘there must be more to the story — and we’re going to find it.’  Perhaps there is more — or will be — but that’s something that will only be known as time moves on.

Democrats are demanding the full report — and all the evidence behind it. The House Judiciary Committee voted on April 3 to authorize a subpoena for Barr to provide that material. If no agreement is reached between Republicans and Democrats, a subpoena may result in a legal battle that could possibly reach the U.S. Supreme Court. 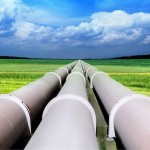