CBJ — Members of the U.S. Senate Commerce Committee grilled Boeing CEO Dennis Muilenburg about two fatal crashes involving the company’s 737 Max jets, with his response being that the company did in fact make several critical mistakes.

Despite showing contrition, several members of the committee cut Muilenburg off when they believed he was rambling off topic and not answering their direct questions about a key flight-control system implicated in both crashes.

Boeing successfully lobbied regulators to keep any explanation of the system, called MCAS, from pilot manuals and training. After the crashes, the company tried to blame the pilots, according to Connecticut Senator Richard Blumenthal.

Muilenburg denied that Boeing ever blamed the pilots. While that may be true from an official standpoint, criticisms did leak out to the media from various sources outside of Boeing, strongly implying that it was the pilots who were to blame. Instead, Muilenburg says the horrific accidents were caused by a “chain of events,” not a single factor. However, the comments were viewed by some as deflecting blame, including to the pilots.

The Boeing CEO testified that all Boeing pilots are properly trained to respond to the same effect caused by an MCAS failure — a condition called runaway trim — which can be caused by other problems.

Other senators seized on internal messages and emails from 2016 by a senior Boeing test pilot, who reported “egregious” problems while testing MCAS on a flight simulator and said he “unknowingly” lied to regulators. Boeing turned over the messages to the Justice Department early this year but didn’t tell the FAA or Congress until this month.

The two fatal crashes occurred off the coast of Indonesia and Ethiopia. 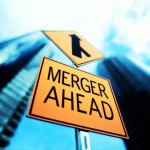