Conservatives Sweep to Power in Ontario 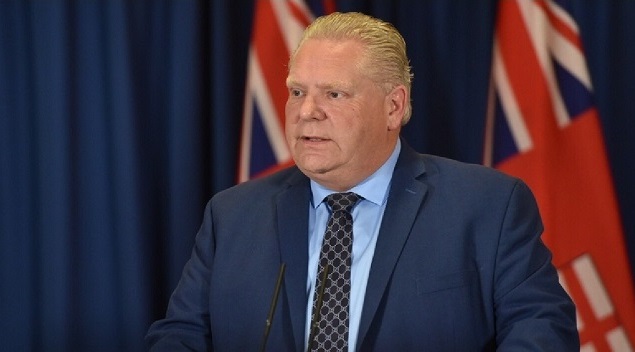 CBJ — The Progressive Conservatives scored a decisive victory in the Ontario election on Thursday, the result of which will see leader Doug Ford come in as the new Premier-elect after his party secured a majority of seats in the Legislature. At least 63 seats were needed for a majority victory.

In what was a humbling and embarrassing night for the outgoing Liberals they lost their official party status by one seat — at least eight are required.

It’s the first time the province has had a PC government since 2003, when Premier Ernie Eves was ousted by Liberal leader Dalton McGuinty.

The 53-year-old Ford made a victory speech at 10:30pm at the Toronto Congress Centre.

The last time Ford ran for public office was the 2014 Toronto mayoral election, when he lost to current Mayor John Tory. Ironically Tory lost a provincial election while serving as PC leader to then Liberal incumbent Dalton McGuinty.

Election day also marked a stunning yet fully expected loss for Liberal Leader Kathleen Wynne, who won a majority government in 2014 but slowly watched that support continually decline. Between gas plant scandals and the much-criticized sale of Hydro One, the writing was on the wall.

Ironically, Wynne did manage to retain the seat in her riding while a number of her Liberal colleagues were booted out of office largely due to her immense unpopularity throughout the province. Several key veteran politicians took the hit including Liberal Jim Bradley who was beaten after holding the seat in St. Catharines for the past 41 years. He was first elected in 1977 but got taken down in the massive desire for change by the Ontario electorate. Former Ottawa Mayor Bob Chiarelli was also handed a tough defeat, as was Finance Minister Charles Sousa.

On Saturday, Wynne conceded that she expected to lose the election, but urged her supporters to show up and vote. It seemed to be an attempt to distance herself and her unpopularity from the Liberal party, but if that was the agenda, it failed miserably.

It was also a disappointing night for NDP Leader Andrea Horwath, whose support surged in recent polls but did not materialize on election day. However, Horwath did retain her own seat in Hamilton Centre as expected and the NDP will now form the official opposition at Queen’s Park.