Consolidation Concerns : Competition Bureau Fights Back Against the Big 3 Telecoms 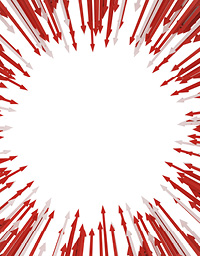 Seemingly never-ending convergence: it’s something many Canadians have been worried about for quite some time now and with good reason. Business consolidation is now at the point where competition is fading into the past, with large corporations gobbling up the small to intermediate competitors one by one. Of vital concern to other businesses and everyday citizens is what it will mean in terms of pricing moving forward. It stands to reason without market competition, the products and services providers could, at least in theory, set their own agenda in what could result in a “take it or leave it” scenario. You pay the price, or you don’t get the service.

Midway through September the federal Competition Bureau decided to take action after months of investigating growing concerns about Bell’s proposed purchase of Astral Media. This doesn’t represent the largest Canadian buyout ever seen by any means, but it seems to be acting as a catalyst or a lynch pin for being the final straw. The Bureau has publicly conceded that that BCE Inc.’s $3.4-billion purchase of Astral Media Inc. would put too much power in the hands of one entity. Additionally, the Bureau sounded the warning call that it has the authority to nix the deal, even if it’s given approval by the Canadian Radio-Television and Telecommunications Commission. It’s possible a final decision from the CRTC may not be reached until the end of this month, or perhaps even November.

Competition Commissioner Melanie Aitken says close attention was paid to the testimony at the CRTC hearings from both sides. At the very core of the issue: will such consolidation be of benefit or hinder Canadians in the long run.

If the buyout of Astral were to be formally approved, it would result in Bell having control of more than 90 television channels. But further to that, it would mean Bell would hold ownership of the content and the hardware by which the content reaches the consumer. Some of the more prized possession in Astral’s stable includes HBO Canada and The Movie Network. The concern for companies such as Quebecor is that they’ll be overcharged in order to provide such services to their subscribers. Of course, in order to offset corporate costs, the additional pricing would be offloaded to the extremely dissatisfied consumers, who already feel they pay more than their fair share.

Bell’s response is that something needs to be done to stem the tide of unregulated services such as Netflix, which have certainly become a thorn in the side for all cable companies.

As proof the Competition Bureau means it takes this situation very seriously is that it also recently invoked direct action by suing the country’s three biggest wireless providers, including Bell, for $10 million each, on allegations the Big Three carriers have done nothing to halt third-party companies from “misleading” mobile subscribers into large fees of which they then took a share.

Immediately after the Bureau made its statement, a number of companies commended the announcement that the Competition Bureau that it has begun legal proceedings against Bell, Rogers, TELUS and the Canadian Wireless Telecommunications Association (CWTA), requiring them to stop misleading advertising and to compensate consumers. The crux of the problem is that the Bureau determined customers were misled into thinking certain digital content was a free service, when in fact it is not.

Each was a separate suit filed in the Ontario Superior Court of Justice. The bureau is also suing the Canadian Wireless Telecommunications Association for $1 million in an administrative penalty for “facilitating premium text services”.

As a lobbyist group, the CWTA represents cellular, PCS, messaging, mobile radio, fixed wireless and mobile satellite carriers as well as companies that develop and produce products and services for the telecom industry. The CWTA staunchly disagrees with how the penalties have come down. According to the organization it believes the responsibility for disclosing costs should come from the third-party operators selling the text-based services, not the carriers that own the networks over which their services run.

The fact that The Competition Bureau has taken action in this regard is welcome news to many frustrated Canadians and also some of the smaller telecoms, who for some time now have made the complaint that too much of the regulatory system has been geared to suit The Big Three.

The Canadian Business Journal spoke with one of the main players directly affected by all of this – Anthony Lacavera, CEO of WIND Mobile.

“We applaud the decision by the Competition Bureau to stand up for the rights of consumers,” says Lacavera. “It sends a clear message that Canadians no longer have to tolerate misleading advertising or hidden fees from the Big Three. We believe that Canadians deserve the benefit of an open and competitive marketplace, fair and transparent pricing and a clear focus on consumers. WIND has been committed to this principle from Day One, and we continue to be the only major Canadian wireless provider dedicated to making the wireless industry better for Canadians.”

It’s anticipated the changes being brought forth by the Competition Bureau will benefit the smaller telecoms, but Lacavera is still approaching it with guarded optimism.

It’s easy to understand Lacavera’s tentative stance, given how there’s seemingly been a lot of resistance to addressing this type of problem in the past with little more than lip service being handed out.

“I’m cautiously optimistic that this time that the clear threats convergence represents in terms of dominance and oligopoly and entrenching oligopoly and also cultural risks with respect to Canadian content,” Lacavera maintains. “It seems to be very holistically considered in this review and at the forefront.”

Despite guarded optimism and reservations on what will ultimately happen, Lacavera is quick to give the Competition Bureau credit for having extensive knowledge for what is going on in within the industry.

“Obviously we’re talking about a service, particularly in the case of wireless, where this is already the primary media for communications of all forms for people under 30,” Lacavera remarks. “It’s quickly becoming so for all demographics. I give them credit for seeing where things are going. We have not been campaigning or canvassing them at all. They come to us for information and we provide what we have.”

The Evolution of Wireless

A noticeable shift within the industry began to transpire as far back as 2008 towards applications and data communications, including video, on mobile devices.

Part of the need for tighter regulation is to also ensure that inaccurate information is not reaching the public. Even if it turns out to be false, a lot of damage can be inflicted if there’s even the perception that a fallacy is in fact true. That’s an issue all too familiar for Wind Mobile and Lacavera.

“The Bureau did an independent study on network quality, network sites and dropped calls and claims that Rogers was making with respect to their chatter network being better than Wind was disproven by an independent third party.”

There’s no doubt that a large portion of consumers find telecom services to be exceedingly confusing and highly technical and especially once you delve into Smartphones. You start talking about apps and what amounts of data they each use; what is premium SMS versus regular SMS and a number of other factors and it leaves people glossy-eyed. All the added bits and pieces leave people bamboozled.

When you look at mobile service, there are countless plans to sort through and once you’ve gone through that maze of options you’ve got to contend with such things as long distance; but is it international or domestic, because that affects pricing. Is it per minute or by the second? Is there a 30-second minimum? What about rounding up to the nearest minute? Is it buckets of minutes and if so, did you go over the allotment? If you did, what’s the new (higher) rate?

And it’s all the same for data, where someone unwittingly may have subscribed to a certain app but it was set to refresh every 10 seconds or that video you watched numerous times.

“I used to have a Rogers bill that would be $400 or $500 before I started Wind and I really had no idea what they were charging me for,” Lacavera concedes.

What will be difficult for companies such as Rogers is to back out of the detailed systems they have in place and set out down a new path where such ambiguity on pricing and add-ons will be made much more clear to the general public.

“The average person just wants a phone,” Lacavera says. “The purchasing experience needs to be simplified. That’s our goal.”

There’s no doubt Wind Mobile and other companies such as Public Mobile and Virgin Mobile are serious threats to the Big Three and changes brought about by the Competition Bureau will help even out the playing field a bit more. In fact, Wind Mobile just reached an historic milestone, reaching half a million customers.

“I’m really proud of the entire team – the management, retail and customer care, everyone really came together to push us across 500,000,” Lacavera says.

“I’m excited about the momentum we have now and also the Competition Bureau speaking out so we’re finally able to get some tailwinds behind us.”