MONTRÉAL, Dec. 05, 2019 (GLOBE NEWSWIRE) — TC Transcontinental (TSX: TCL.A TCL.B), owner of the Publisac, is responding today to recommendations made by the City of Montréal’s Commission sur l’eau, l’environnement, le développement durable et les grands parcs (Commission on Water, Environment, Sustainable Development and Large Parks) regarding flyer distribution control on its territory, which were publicly presented this evening. “We are disappointed with the recommendations made by the Commission which are insensitive to the needs of the population, incoherent and unworkable,” stated François Olivier, President and Chief Executive Officer of TC Transcontinental. “By recommending the opt-in, which would mean the end of the Publisac, the Commission is disregarding the will of the vast majority of citizens, merchants and local newspaper publishers who want its continuity, as well as the thousands of jobs that depend on it in Montréal and in the regions. At the same time, we are not surprised by these recommendations given the nature of debates at the Commission. It is unfortunate that the social and economic relevance of the Publisac ecosystem was not seriously considered by the Commission.”“We hope that the City of Montréal will listen to all stakeholders and that it will not follow through on these recommendations,” added Isabelle Marcoux, Chair of the Board of TC Transcontinental. “We seek instead to continue a constructive dialogue with the City in order to collaborate towards our common objectives, namely reducing at source, optimizing recycling and the circular economy for paper, and creating a circular economy for plastic in Québec. In this sense, we would like to work together with the City to make the opt-out even more effective and better known. The entire process should follow a rational, objective and inclusive approach to develop public policies that are constructive and beneficial at all levels.”   The “WHEREAS” (or “CONSIDÉRANT”) listed in the Commission’s document stand in contradiction to most of the recommendations. The Commission is being insensitive to the realities of the population, local newspapers, merchants and distributors. The incoherent and unworkable recommendations include one made to the weeklies to transform their business model into an unviable distribution model (newspaper racks in public places). Another example is to offer introduction sessions to digital tools within the library network which seems to want to force the transition to digital among those who still prefer the print format, and that is out of touch with Internet access issues faced by the most vulnerable.According to a CROP survey commissioned by TC Transcontinental in October 2019, 86% of Quebecers and Montrealers favour the Publisac’s current distribution mode (opt-out) as opposed to the disappearance of the Publisac that would be caused by the opt-in model. The ilovemypublisac.ca website, launched in August, gathered more than 70,000 expressions of support for the Publisac from all over Québec, and close to 20,000 people took the time to leave comments.The Commission also disregarded the legal aspects surrounding flyer distribution control. If implemented, the opt-in would run counter to commercial freedom of expression and the right to information protected by the charters, as was judged by the cities of Halifax, Calgary and Ottawa. Moreover, flyer distribution control would be discriminatory if it were not equally applied to all distributors. TC Transcontinental will never accept to be treated differently than Canada Post for the distribution of advertising material. Recall that, in its defense against the lawsuit brought on by TC Transcontinental seeking to have the new regulation on flyer distribution control be declared null and void, the City of Mirabel stated that it did not have jurisdiction over Canada Post as a federal Crown corporation.With its new bag made from 100% recycled plastic, the Publisac contributes to establishing a circular economy for plastic in Québec, which is essential for the environmental transition. The current distribution system, the opt-out, is simple and effective for ensuring reduction at source. As proof, this transition is already under way: 200,000 Québec households are already using the opt-out, including 100,000 in Montréal, or 13% of households. Those who do not want to receive the Publisac, that is, a minority, therefore have an easy solution within reach while respecting the will of the majority.About TC TranscontinentalTC Transcontinental is a leader in flexible packaging in North America, and Canada’s largest printer. The Corporation is also positioned as the leading Canadian French-language educational publishing group. For over 40 years, TC Transcontinental’s mission has been to create products and services that allow businesses to attract, reach and retain their target customers.Respect, teamwork, performance and innovation are the strong values held by the Corporation and its employees. TC Transcontinental’s commitment to its stakeholders is to pursue its business activities in a responsible manner.Transcontinental Inc. (TSX: TCL.A TCL.B), known as TC Transcontinental, has over 9,000 employees, the majority of which are based in Canada, the United States and Latin America. TC Transcontinental had revenues of more than C$2.6 billion for the fiscal year ended October 28, 2018. For more information, visit TC Transcontinental’s website at www.tc.tc.For information:Media
Nathalie St-Jean
Senior Advisor, Corporate Communications
TC Transcontinental
Telephone: 514-954-3581
nathalie.st-jean@tc.tcFinancial Community
Yan Lapointe
Director, Investor Relations
TC Transcontinental
Telephone: 514-954-3574
yan.lapointe@tc.tc
CBJ Newsmakers 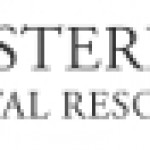 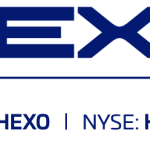