Contemporary Calgary sells out premier fundraiser LOOK2020 and raises $500,000 in net proceeds to support exhibitions and public programs at the gallery

CALGARY, Alberta, March 12, 2020 (GLOBE NEWSWIRE) — On March 7, 2020, the Centennial Planetarium once again opened its doors to Canada’s cultural revolutionaries for LOOK, Contemporary Calgary’s premier annual fundraiser. Known for being one of the most influential and vibrant art galas in the country, the Centennial Planetarium was turned into a whimsical and immersive intersection of art, fashion, music and media.
The event was chaired by Contemporary Calgary Board Member and CEO & Founder of Mode Models International, Kelly Streit. He was joined by Co-Chairs Jade Davis and Jean Merriman and Honourary Chairs Adrian Burns, kd lang and Gail O’Brien whose energy, enthusiasm and support for the arts is felt across the country and who certainly elevated the event. The Honourable Lois E. Mitchell, Lieutenant Governor of Alberta and His Honour, Doug Mitchell also made an appearance at the gala and to bring greetings to guests of the event.Beker also donated an art and fashion experience to the auction called “Shoes and Schmooze”. This trip for two to Toronto included round trip flights, two-nights’ stay at the historic Hazelton Hotel, lunch with Jeanne followed by a tour of the Bata Shoe Museum and $500 spending cash at Ron White Shoes. The auction was closed off with an exclusive New York Fashion Week experience for six people, including credentialed access to NYFW, round-trip air travel on a private jet courtesy of Air Sprint Private Aviation, behind-the-scenes curator tour of the New Museum, private shopping experience, accommodation, meals and more. “LOOK was an ultra-fabulous event”, said Beker. “People need to realize the amazing things that are happening in Calgary in support of arts and culture in Canada.” The evening ended with the riotous Blur After Party, sponsored by MobSquad, that attracted hundreds of young guests to join the party for as little as $20, making LOOK accessible to everyone. The Blur After Party featured famed DJ Lina Bradford from New York City, who is often seen hosting the biggest parties in New York, across the United States and Europe.While the LOOK gala is certainly a proud achievement with the support of the community, it has come on the heels of a number of successive accomplishments for the gallery. In July, Contemporary Calgary signed a 25-year lease of the Centennial Planetarium and began offering programs and exhibitions two days per week. In August, the Government of Canada made a funding commitment of $30 million toward Contemporary Calgary’s renovation and expansion plans. On January 23, the gallery opened to six days per week operations with the launch of Planetary and Luke Jerram’s Museum of the Moon along with announcing admission and membership prices that are some of the lowest of any major cultural institution in the country. In May the gallery continues its exciting programming as it opens solo exhibitions featuring Yoko Ono and Omar Ba.Contemporary Calgary would like to thank our LOOK2020 sponsors, including: Presenting Sponsor National Bank Private Banking 1859; VIP Dinner Sponsor Holt Renfrew; Art Auction Sponsor Heather Edwards and kd lang; Patron Sponsor Gail O’Brien; Travel Sponsors Air Canada and Air Sprint Private Aviation; Reception Sponsor Stonegate Private Counsel; After Party Sponsor MobSquad; Entertainment Sponsor Masters Gallery Ltd.; LOOK2020 Sponsors Mawer, Avenue Magazine and the Walrus Magazine; and LOOK2020 Patrons Gregg Scott and ARC Financial Corp. We are also humbled by a cast of in-kind sponsors who helped make LOOK2020 a tremendous success. For a list of these partners, please visit contemporarycalgary.com/lookEvent photography is available at contemporarycalgary.com/look or by request to our media relations contact below.SOURCE: Contemporary CalgaryMEDIA CONTACT:
Kate Silver, Contemporary Calgary
[email protected]
403.770.1350Photos accompanying this announcement are available at:https://www.globenewswire.com/NewsRoom/AttachmentNg/e05cbc25-f456-4cab-86a2-84e24c2d5442https://www.globenewswire.com/NewsRoom/AttachmentNg/2a505ab1-5f79-4397-8ade-ef1f5d24a31f
https://www.globenewswire.com/NewsRoom/AttachmentNg/423a8402-5ca6-4851-8fe0-8eb4483d90ebhttps://www.globenewswire.com/NewsRoom/AttachmentNg/1cffcb4f-8ce4-4f23-b1d0-95607661a375https://www.globenewswire.com/NewsRoom/AttachmentNg/ff82bcb0-4a4a-4030-bc99-35545bd0907d
CBJ Newsmakers 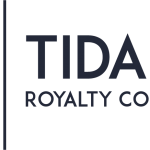 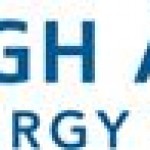