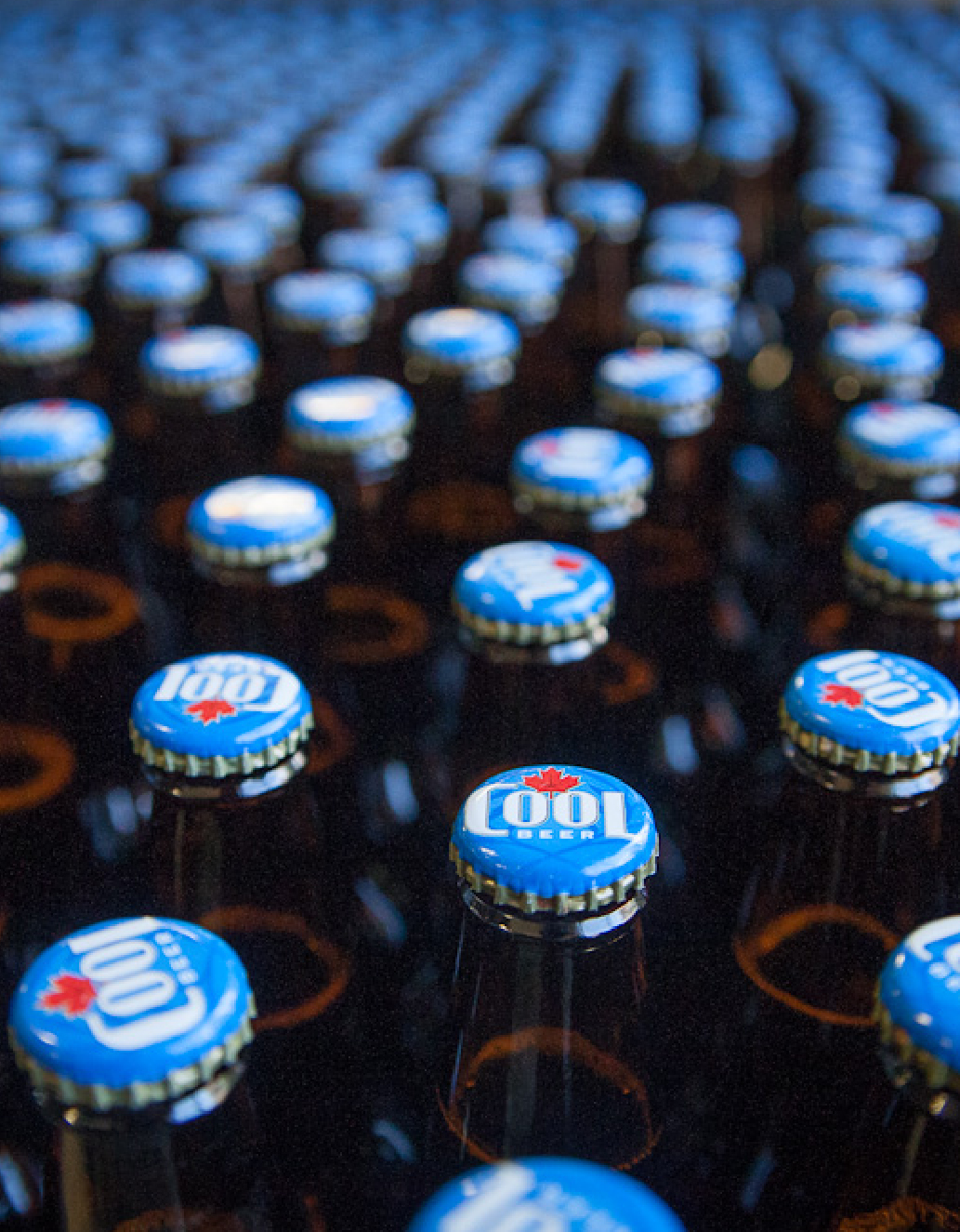 When Bobby Crecouzos founded the company in 1997, he wanted to brew beer the way it was brewed decades ago; all natural, no additives or preservatives, but still smooth and of premium quality — the old school brew. To accomplish this, Cool concentrated first and foremost on the product and its brewing process, and the attitude of smooth quality product reigns the brewery to this day.

With that in mind, Cool Beer Brewing Company put down its roots in Brampton, Ont., brewing its flagship brand, Cool Lager. The company’s success grew as Cool Lager’s fan base grew in Southern Ontario so much that by 2005 the company decided to live up to the growing success and expand its facility. Cool Beer Brewing Company relocated to a state-of-the-art 28,000 square foot facility in Etobicoke. “From a couple of kettles and aging tanks, we have grown into a brewery, a retail store, and a banquet hall,” says Andrew Costa, Director of Marketing with Cool Beer Brewing Co. “We are equipped with two large German-made copper kettles, 37 aging tanks, a canning line, a bottling line, a kegging line, and we produce about 26,000 hectolitres of beer annually for our brands alone.”

With this formidable production arsenal, the company distributes its product to about 380 LCBOs, 350 Beer Stores, and 550 licensees including bars, pubs and clubs throughout  Southern Ontario, offering its consumers three different affordable and award-winning Lagers: Cool Lager, the company’s flagship beer; Millennium Buzz Hemp Beer, and Stonewall Light. The Cool Lager is a refreshing, easy drinking blonde lager that has been carefully aged and cold filtered, and – like all the other products of Cool Beer – is 100 per cent natural, containing no preservatives or artificial ingredients. Following the success of the Cool Lager, the company launched Millennium Buzz Hemp Beer, a hemp-based amber lager brewed with the finest B.C. hemp, dark roasted Alberta malt, and German hops making it a flavourful mix of pure wholesome ingredients. In 2009, the company launched Stonewall Light, a high quality light lager brewed with a hint of lime in a slim clear bottle, creating an all natural beer trio.

Since 2004 Cool Beer beverages have won Canadian Brewing Awards and Ontario Brewing Awards on an almost yearly basis. This gives the company great pride and a competitive edge in the local microbrewery market. “We have a steadily growing community of followers in the GTA, and we also have a growing community in Ottawa right now as well,” says Costa.

Cool Beer plans to continue to expand and grow its market as well as its customer and client services. “The market for beer cans represents approximately 25 per cent of all beer sales within Ontario, and we are working on expanding our beers into canned beer format. We have discovered there is an opportunity for us to sell our cans for less than two dollars at the LCBO and Beer Store. We wanted to stay away from the traditional 16 ounce tallboy can and introduce a sleek 12 ounce slim can which is ideal to keep every sip cold,” says Costa. The company has also introduced a 3.1 litre Cool Lager mini-keg; an equivalent to nine bottles, and equipped with its own self tapping system and easy-to-carry handle. “Cool Brewery is the first to market a unique 3.1 litre mini keg, a side from costing less than $20 the mini keg fits easily in the fridge and gives you that draft experience,” says Costa. The company plans to launch Millennium Buzz Hemp Beer and Stonewall Light in slim cans and in the Cool Lager mini-keg this month. Customers can find these on shelves in LCBOs and Beer Stores, and just in time for the summer season of barbeque and outdoor lifestyle.

With Crecouzos’ vision to brew quality, great tasting beer, Cool Brewery relied heavily on word of mouth. By keeping advertising costs down, Cool Beer has managed to keep price points low for all three beers low to appeal to customers.“We are considered a discounted beer at The Beer Store,” says Costa. “Yes, our prices are on the low side of the price spectrum, but we are still brewing award-winning quality beer to date,  so the consumer can take it home, enjoy a high quality beer at an affordable price.”

The appeal and popularity of original microbrewery beer has increased, and Cool’s state-of-the-art facility offers its services to Ontario beer producers by offering them the opportunity to use the Cool Beer knowhow and produce their own beer according to their private recipe and specifications. “Cool Brewery is fully equipped to co-pack or contract brew your high quality beer, or other alcoholic/non-alcoholic beverage. Cool Beer co-packs/contact brews for several existing brands that have an existing volume and are a commercial licenced brewer,” says Costa.

So while in the beer segment, Cool Beer Brewery does not shy away from competition. In fact – if anything – the company embraces new competing businesses, even helping to develop their brands and get into market. “If you’ve never had one of our beers, chances are you’ve had a beer brewed from Cool Brewery. Cool Beer actually helps a lot of craft beers in local regions put their feet in the water, and introduce their beer to the consumer,” says Costa. “They brew their beers and store it in our tanks, and we bottle it, keg it or can it for them. We are big on helping other brands brew their beers, even if they are our competition.”

Besides beer and private label brewing, the Cool Beer Brewery also offers its production space, for parties and other events. “The idea, or rather the question, behind this offering is very simple — who doesn’t want to party at a brewery? We offer clients an agreeable and comfortable party setting with the backdrop of our brewery,” says Costa.

In addition to having a retail store at the brewery, Cool offers home delivery service to customers placing an order online through its web site. “We strive to offer three important attributes to our customers: quality, service and price,” says Costa.

The Cool Beer Brewery has established itself in the local beer markets, and grew into one of the large independent brewers in the GTA and Southern Ontario, offering its product to Ontarians and its brewing knowhow to beer industry businesses across Canada.