FLIN FLON, Manitoba, Oct. 18, 2019 (GLOBE NEWSWIRE) — Copper Reef Mining Corporation (CSE: CZC) (the “Issuer“) is pleased to announce that it has closed the second tranche of $365,000 (the “Second Tranche“) of its previously announced fully subscribed non-brokered private placement financing (the “Offering”, see news releases dated September 16, 2019, September 18, 2019 and October 8, 2019) to raise up to a maximum of $700,000 through the sale of up to 35,000,000 Class “A” Units (the “Units”) at a price of $0.02 per Unit. Each Unit shall consist of, and separate immediately upon closing into, one common share and one common share purchase warrant (a “Warrant”). Each Warrant will entitle the holder to purchase one common share at an exercise price of $0.05 per share for a period of twelve (12) months from the date of issue of such Warrant.The Second Tranche is comprised of 18,250,000 Units, and the Issuer has issued 18,250,000 common shares with a hold period expiring February 19, 2020.  Directors of the Issuer participated in the Second Tranche for a total of $60,000 comprising 3,000,000 Units.Upon the closing of the Second Tranche, Northfield Capital Corporation together with its joint actor, Mr. Robert Cudney, who both participated in the Second Tranche, became an insider of the Issuer by virtue of having a combination of beneficial ownership of, and control or direction over, directly or indirectly, 25,533,000 of the Issuer’s common shares and 15,250,000 of the Issuer’s warrants,  representing 13.1% of the issued and outstanding common shares of the Issuer, or approximately 19.5% calculated on a partially diluted basis assuming exercise of the 15,250,000 warrants only).The Offering is subject to certain conditions including, but not limited to, the receipt of all necessary regulatory approvals. All securities to be issued under the Offering will be subject to a four-month statutory hold period in Canada.The proceeds from the Offering will be used to advance exploration drill targets in Manitoba and Saskatchewan, and for general working capital purposes.ABOUT COPPER REEF MINING CORPORATIONCopper Reef is a Canadian junior mineral exploration company with a specific focus on mineral properties in northwest Manitoba and northeast Saskatchewan, Canada. The Issuer has assembled a portfolio of base metal and precious metal prospects, including strategic locations in the Provinces of Manitoba and Saskatchewan and holds a number of royalties on properties within the belt.Copper Reef Mining Corporation“signed”
Stephen L. Masson M.Sc. P.Geo.
President & CEO
Tel: (204) 687-3500
Fax: (204) 687-4762
No stock exchange or securities regulatory authority has reviewed or accepted responsibility for the adequacy or accuracy of this release. Some of the statements contained in this release are forward-looking statements, such as estimates and statements that describe the Issuer’s future plans, objectives or goals, including words to the effect that the Issuer or management expects a stated condition or result to occur. Since forward-looking statements address future events and conditions, by their very nature, they involve inherent risks and uncertainties.
CBJ Newsmakers 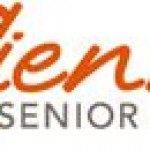