FLIN FLON, Manitoba, May 01, 2020 (GLOBE NEWSWIRE) — Copper Reef Mining Corporation (“Copper Reef” or the “Company“)  (CSE: CZC) is pleased to announce the appointment of Mr. Brian Howlett as President, Chief Executive Officer and Director, and Mr. Michael Leskovec as Chief Financial Officer of the Company, effective today.
Mr. Brian Howlett commented, “Copper Reef has built a highly prospective suite of properties with over 21,000 hectares of land in the world class Flin Flon camp. We are excited to move the Company forward with the ongoing support and backing of our shareholders, including Northfield Capital Corporation. We are in the process of rebranding the Company with a new website which will be introduced in the coming weeks.”Mr. Howlett is a seasoned professional with over 30 years of senior management experience. Mr. Howlett is currently the President, Chief Executive Officer and Director of Canadian Orebodies Inc. He also formerly served as the President and CEO of Dundee Sustainable Technologies Inc. Prior to that, Mr. Howlett spent 12 years with ELI Eco Logic Inc., including 6 years as Chief Financial Officer.  Mr. Howlett graduated in 1982 with a B. Comm. in finance from Concordia University and received his CMA designation in 1989.  Mr. Howlett also serves on the Board for several other junior companies, primarily in the mineral industry.Mr. Leskovec is a CPA, CA with over eighteen years of financial experience with publicly listed companies and capital markets. He currently serves as a Vice President of Northfield Capital Corporation, where he has gained experience working with publicly listed companies assisting with portfolio management, financings, corporate structuring and go public transactions in Canada. Prior to this, Mr. Leskovec served as an Officer of Gold Eagle Mines Ltd., which was involved in the development of the Bruce Channel deposit in Red Lake, Ontario, and was sold to Goldcorp Inc. for $1.5 billion in 2008. Mr. Leskovec also currently serves as an Officer/Director of several other public companies, primarily in the mineral and investment industries.Mr. Stephen Masson will remain with the Company as Vice President of Exploration to lead the program and will remain on the Board of Directors.  Mr. Dave Kendall has resigned as CFO and the Company thanks him for his service and wishes him the best in his future endeavours. About Copper Reef Mining Corporation
Copper Reef is a Canadian junior mineral exploration company with a specific focus on mineral properties in Northwest Manitoba and Northeast Saskatchewan, Canada.  All of the Company’s properties are currently at the exploration stage.  The Company has assembled a portfolio of base metal and precious metal prospects including strategic locations in the Provinces of Manitoba and Saskatchewan, all of which are 100 percent owned with no option payments or work commitments to a third party.FOR FURTHER INFORMATION PLEASE CONTACT:COPPER REEF MINING CORPORATION.
Tel: 1-647-227-3035; Email: [email protected]
Brian Howlett
President & CEONo stock exchange or securities regulatory authority has reviewed or accepted responsibility for the adequacy or accuracy of this release. Some of the statements contained in this release are forward-looking statements, such as estimates and statements that describe the Company’s future plans, objectives or goals, including words to the effect that the Company or management expects a stated condition or result to occur. Since forward-looking statements address future events and conditions, by their very nature, they involve inherent risks and uncertainties.
CBJ Newsmakers 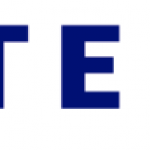 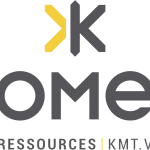 Komet announces the postponement of filing its annual financial statements and MD&A for the year 2019, due to COVID-19 related-delays