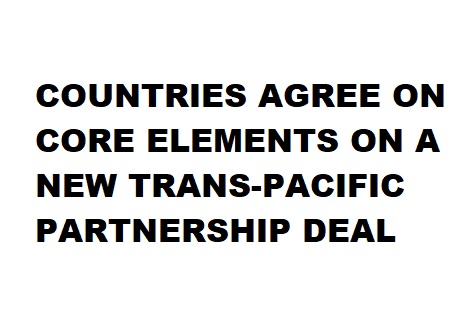 CBJ — World leaders at the APEX Summit in Vietnam have reached a tentative agreement on the core issues relating to the Trans-Pacific Partnership.

Among the primary elements agreed upon were that all 11 countries will adhere to strict labour and environment standards.

The original TPP is being renegotiated — much like NAFTA — after U.S. President Donald Trump pulled America out of the deal.

There were provisions that demanded all member countries eliminate child and forced labour, while providing and maintaining laws that would protect workers in proper working conditions. Malaysia and Vietnam wanted out of such provisions, but it was something Canada felt was a deal breaker. Those two countries have since come back on-board with the others.

Canadian government officials refuted international reports — notably from Australia — that suggested Canada alone was to blame for delayed TPP talks. The officials say there was no consensus from the 11 countries at that contentious time.

There is still work to be done in order to reach a conclusion, but the core issues are now said to be agreed upon.