OTTAWA, June 30, 2020 (GLOBE NEWSWIRE) — Cornerstone Capital Resources Inc. (“Cornerstone” or “the Company”) (TSXV:CGP) (Frankfurt:GWN) (Berlin:GWN) (OTC:CTNXF) today acknowledged that SolGold plc (“SolGold”) has formally commenced an unsolicited offer (the “Hostile Bid”) to acquire all of the issued and outstanding common shares of Cornerstone, nearly eighteen months since announcing its intention to make a takeover bid for Cornerstone on January 31, 2019.
As noted in Cornerstone’s March 8, 2019 press release in response to SolGold’s initial proposed bid, Cornerstone’s Board of Directors, upon the unanimous recommendation of an independent committee of the Board and following a detailed review conducted in consultation with its financial and legal advisors, at that time unanimously determined to reject the proposed bid on the basis that it was not in the best interests of Cornerstone’s shareholders.In March 2019, the Board rejected SolGold’s proposed bid because, among other reasons, the proposed bid had already been rejected by Cornerstone shareholders that collectively owned or controlled a majority of the outstanding shares of the Company. Cornerstone has already been advised today by shareholders that collectively own or control over 50% of the outstanding common shares of the Company that they intend to REJECT the Hostile Bid and WILL NOT TENDER their shares. Canadian takeover rules require the majority of Cornerstone’s outstanding common shares (excluding those shares held by SolGold) be tendered to a formal offer before any shares can be taken up. Given that the statutory minimum tender condition cannot be waived by SolGold, the proposed Hostile Bid is incapable of being completed on the basis that it lacks sufficient shareholder support.The Board also rejected SolGold’s proposed bid in March 2019 because the proposed bid significantly undervalued Cornerstone and failed to recognize the substantial value of Cornerstone’s assets, as more fully discussed in Cornerstone’s March 8, 2019 press release. SolGold’s present offer of 11 ordinary shares of SolGold for each Cornerstone common share tendered into the Hostile Bid is consistent with SolGold’s initial proposed bid in 2019. The Board and its financial advisors will update their financial analysis and make a formal recommendation to shareholders in this regard.Cornerstone believes that the timing of SolGold’s announcement is highly dubious given the deadline for Cornerstone shareholders to tender their shares is October 14, 2020. One can assume it is intended to pre-empt Cornerstone’s ability to enter into a value enhancing transaction with third parties, such as BHP that have an unusual standstill that does not expire until October 19, 2020.Cornerstone shareholders are advised to take no action in connection with the Hostile Bid until the Board of Directors has made a formal recommendation to shareholders. An independent committee of the Board will consider and evaluate the Hostile Bid, with the assistance of financial and legal advisors, and the Board will make a formal recommendation to shareholders and file a Directors’ Circular within 15 days, in accordance with Canadian securities laws.About Cornerstone and the Cascabel Joint Venture:Cornerstone Capital Resources Inc. is a mineral exploration company with a diversified portfolio of projects in Ecuador and Chile, including the Cascabel gold-enriched copper porphyry joint venture in north west Ecuador. Cornerstone has a 21.4% direct and indirect interest in Cascabel comprised of (i) a direct 15% interest in the project financed through to completion of a feasibility study and repayable at Libor plus 2% out of 90% of its share of the earnings or dividends from an operation at Cascabel, plus (ii) an indirect interest comprised of 7.6% of the shares of joint venture partner and project operator SolGold Plc. Exploraciones Novomining S.A. (“ENSA”), an Ecuadorean company owned by SolGold and Cornerstone, holds 100% of the Cascabel concession. Subject to the satisfaction of certain conditions, including SolGold’s fully funding the project through to feasibility, SolGold Plc will own 85% of the equity of ENSA and Cornerstone will own the remaining 15% of ENSA.Further information is available on Cornerstone’s website: www.cornerstoneresources.com and on Twitter. For investor, corporate or media inquiries, please contact:Investor Relations:
Mario Drolet; Email: Mario@mi3.ca; Tel. (514) 904-1333Due to anti-spam laws, many shareholders and others who were previously signed up to receive email updates and who are no longer receiving them may need to re-subscribe at: http://www.cornerstoneresources.com/s/InformationRequest.aspCautionary Notice:
This news release may contain ‘Forward-Looking Statements’ that involve risks and uncertainties, such as statements of Cornerstone’s plans, objectives, strategies, intentions and expectations. The words “potential,” “anticipate,” “forecast,” “believe,” “estimate,” “expect,” “may,” “project,” “plan,” and similar expressions are intended to be among the statements that identify ‘Forward-Looking Statements.’ Although Cornerstone believes that its expectations reflected in these ‘Forward-Looking Statements’ are reasonable, such statements may involve unknown risks, uncertainties and other factors disclosed in our regulatory filings, viewed on the SEDAR website at www.sedar.com. For us, uncertainties arise from the behaviour of financial and metals markets, predicting natural geological phenomena and from numerous other matters of national, regional, and global scale, including those of an environmental, climatic, natural, political, economic, business, competitive, or regulatory nature. These uncertainties may cause our actual future results to be materially different than those expressed in our Forward-Looking Statements. Although Cornerstone believes the facts and information contained in this news release to be as correct and current as possible, Cornerstone does not warrant or make any representation as to the accuracy, validity or completeness of any facts or information contained herein and these statements should not be relied upon as representing its views after the date of this news release. While Cornerstone anticipates that subsequent events may cause its views to change, it expressly disclaims any obligation to update the Forward-Looking Statements contained herein except where outcomes have varied materially from the original statements.On Behalf of the Board,
Brooke Macdonald
President and CEONeither TSX Venture Exchange nor its Regulation Services Provider (as that term is defined in the policies of the TSX Venture Exchange) accepts responsibility for the adequacy or accuracy of this release. 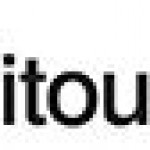 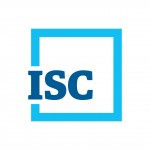 ISC Announces Results of Annual and Special Meeting of Shareholders