VANCOUVER, British Columbia, Sept. 09, 2020 (GLOBE NEWSWIRE) — Cornish Metals Inc. (TSX-V: CUSN) (“Cornish Metals” or the “Company”) is pleased to report the first batch of results from its diamond drilling programme at South Crofty Mine, Cornwall UK.
HIGHLIGHTSThe historic South Crofty mine was a high-grade copper producer from the late 16th century up until the mid-19th century, and then became a high-grade tin producer, with more than 100,000 tonnes of tin metal produced between 1906 and 1998.The project benefits from possessing an active mine permit, valid to 2071, planning permission to build a new process plant, permission to dewater the mine, and very strong local and national support to see the project reach a production decision.Drill results presented here support the high-grade nature of the tin-copper mineralization.Results have been received for two mineralized lode structures intersected in SDD20-001, as tabulated below. * Sn Eq grade calculated using current metal prices of $18,400 / t for Sn and $6,600 / t for CuThree additional lode structures have been intersected deeper in hole SDD20-001, the results for which will be released as results are received and tabulated.The dominant lode structures at South Crofty have strike lengths in excess of 3,500m and can be traced from surface to at least 1,000m depth.Richard Williams, CEO, stated “This is an excellent start to the drill programme, which has been designed to demonstrate the ability to infill drill the current resource from surface, to intersect multiple lodes from single drill holes, and to show the potential exists to materially increase the current resource. In the context of tin deposits, these are high-grade intersects and are in line with the historic production grades from the South Crofty Mine and our Mineral Resource Estimate. These results show we can achieve our objectives.”THE DRILL PROGRAMME

This diamond drilling programme commenced in June 2020 (see Company news release dated June 23, 2020). The programme is designed to test drill targets beneath mineralised veins or “lodes” that were being mined up until the closure of South Crofty mine in 1998. Additionally, the programme is designed to test the suitability of directional drilling combined with “wedges” to produce multiple intersections of vein structures from a single surface or underground drill hole as a means to undertake resource definition drilling and a path to completion of a feasibility study. This initial programme comprises up to 2,000 metres of diamond core drilling from a single surface parent hole and up to three daughter holes that will be wedged-off the parent hole.In simple terms, the geology at South Crofty can be divided into two main rock types; metasediments (locally called “killas”), which lie on top of an underlying granite. The vast majority of copper has been mined from the killas, while nearly all tin produced at South Crofty has been mined from the underlying granite, although tin mineralisation is often associated with the killas-hosted copper mineralisation.SDD20-001, drilled at an angle of -60o to the north, passed from killas into the underlying granite at a downhole depth of 260m. The hole intersected chlorite altered, fluoritic, semi-massive sulphide mineralisation between 376.55m and 378.77m, correlating with the historically mined “Tincroft South Lode”. The drill hole then intersected a chlorite altered quartz vein with visible cassiterite mineralisation between 470.35m and 472.52m, correlating with the “Tincroft” Lode.At least three other visually mineralised lode structures were intersected in SDD20-001.  Assay results will be reported as they are received and tabulated.ABOUT CORNISH METALS

Cornish Metals (formerly Strongbow Exploration Inc) completed the acquisition of the South Crofty tin project plus additional mineral rights located in Cornwall, UK, in July 2016 (see Company news release dated July 12, 2016).  The additional mineral rights cover an area of approximately 15,000 hectares and are distributed throughout Cornwall.  Some of these mineral rights cover old mines that were historically worked for copper, tin, zinc, and tungsten.The technical information in this news release has been compiled by Mr. Owen Mihalop. Mr. Mihalop has reviewed and takes responsibility for the data and geological interpretation. Mr. Owen Mihalop (MCSM, BSc (Hons), MSc, FGS, MIMMM, CEng) is Chief Operating Officer for Cornish Metals Inc. and has sufficient experience relevant to the style of mineralisation and type of deposit under consideration and to the activity which he is undertaking to qualify as a Competent Person as defined under the JORC Code (2012) and as a Qualified Person under NI 43-101. Mr. Mihalop consents to the inclusion in this announcement of the matters based on his information in the form and context in which it appears.For additional information please contact Irene Dorsman at (604) 210 8752 or by e-mail at irene@cornishmetals.com or Sherman Dahl of Pretium Communications at (250) 558 8340.ON BEHALF OF THE BOARD OF DIRECTORS
“Richard D. Williams”
Richard D. Williams, P.GeoNeither the TSX Venture Exchange nor its Regulation Services Provider (as that term is defined in the policies of the TSX Venture Exchange) accepts responsibility for the adequacy or accuracy of this release.Caution regarding forward looking statements
This news release contains “forward-looking statements”.

Forward-looking statements, while based on management’s best estimates and assumptions, are subject to risks and uncertainties that may cause actual results to be materially different from those expressed or implied by such forward-looking statements, including but not limited to: risks related to receipt of regulatory approvals, risks related to general economic and market conditions; risks related to the availability of financing; the timing and content of upcoming work programs; actual results of proposed exploration activities; possible variations in Mineral Resources or grade; failure of plant, equipment or processes to operate as anticipated; accidents, labour disputes, title disputes, claims and limitations on insurance coverage and other risks of the mining industry; changes in national and local government regulation of mining operations, tax rules and regulations.

Although Cornish Metals has attempted to identify important factors that could cause actual results to differ materially from those contained in forward-looking statements, there may be other factors that cause results not to be as anticipated, estimated or intended. There can be no assurance that such statements will prove to be accurate, as actual results and future events could differ materially from those anticipated in such statements. Accordingly, readers should not place undue reliance on forward-looking statements. Cornish Metals undertakes no obligation or responsibility to update forward-looking statements, except as required by law.Blytheweigh (Financial PR/IR-London)
Tel: +44 207 138 3204
Tim Blythe 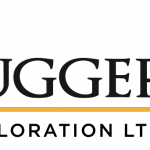 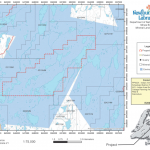