MONTREAL, Sept. 09, 2020 (GLOBE NEWSWIRE) — In a release issued under the same headline earlier today by BTB Real Estate Investment Trust (TSX: BTB.UN) please note that in the first paragraph of the release the company name RBC Securities Inc. should be RBC Capital Markets instead. The corrected release follows:BTB Real Estate Investment Trust (TSX: BTB.UN) (“BTB” or the “REIT”) announces today that it has reached an agreement with a syndicate of underwriters led by National Bank Financial Inc. and including RBC Capital Markets, Scotiabank, TD Securities Inc., Canaccord Genuity Corp., Industrial Alliance Securities Inc. and Laurentian Bank Securities Inc. (together, the “Underwriters”) to issue to the public, subject to regulatory approval, on a bought deal basis $30.0 million aggregate principal amount of convertible unsecured subordinated debentures due October 31, 2025 (the “Debentures”).
The Debentures will bear an interest rate of 7.00% per annum payable semi-annually in arrears on April 30 and October 31 in each year commencing on April 30, 2021 and will mature on October 31, 2025 (the “Maturity Date“). The Debentures will be convertible at the holder’s option into trust units of BTB (the “Units“) at any time prior to the earlier of the Maturity Date and the date fixed for redemption at a conversion price of $3.64 per Unit (the “Conversion Price“), being a ratio of approximately 274.7253 Units per $1,000 principal amount of Debentures. The Debentures will not be redeemable before October 31, 2023. On and after October 31, 2023 and prior to October 31, 2024, the Debentures may be redeemed in whole or in part from time to time at BTB’s option provided that the volume weighted average trading price for the Units is not less than 125% of the Conversion Price. On and after October 31, 2024 and prior to the Maturity Date, the Debentures may be redeemed in whole or in part from time to time at BTB’s option at a price equal to their principal amount plus accrued and unpaid interest. Subject to regulatory approval and provided that no event of default has occurred and is continuing, BTB may satisfy its obligation to repay the principal amount of the Debentures on redemption or at maturity, in whole or in part, by delivering that number of Units equal to the amount due divided by 95% of the market price for the Units at that time, plus accrued and unpaid interest in cash.The net proceeds from the offering (after deducting the Underwriters’ fee and expenses of the offering) will be used to redeem the $26.7 million Series F 7.15% convertible unsecured subordinated debentures due December 31, 2020 and for general trust purposes. BTB will file its notice of redemption for all outstanding Series F unsecured subordinated convertible debentures on or before the closing of the offering.The REIT will file a short form preliminary prospectus relating to the offering of the Debentures with the securities commissions and other similar regulatory authorities in each of the provinces of Canada on or about September 15, 2020. Closing of the offering is expected to take place on or about September 29, 2020.This press release does not constitute an offer to sell, or the solicitation of an offer to buy, any securities in any jurisdiction in which such offer, solicitation or sale would be unlawful. The securities being offered have not been and will not be registered under the U.S. Securities Act of 1933 as amended and may not be offered or sold in the United States absent registration or pursuant to applicable exemption from registration.ABOUT BTBBTB is a real estate investment trust listed on the Toronto Stock Exchange. BTB is an important owner of properties in eastern Canada. As at September 9, 2020, BTB owns 64 retail, office and industrial properties for a total leasable area of 5.3 million square feet and an approximate market value of $935M.BTB’S OBJECTIVESGenerate stable monthly cash distributions that are reliable and fiscally beneficial to unitholders;Grow the Trust’s assets through internal growth and accretive acquisitions in order to increase distributable income and therefore refund distributions;Optimize the value of its assets through the dynamic management of its properties in order to maximize the long-term value of its properties and therefore, its units.              BTB offers a distribution reinvestment plan to unitholders whereby the participants may elect to have their monthly cash distribution reinvested in additional units of BTB at a price based on the weighted average price for BTB’s Units on the Toronto Stock Exchange for the five trading days immediately preceding the distribution date, discounted by 3%.For more detailed information, visit BTB’s website at www.btbreit.com.FORWARD-LOOKING STATEMENTSThis press release may contain forward-looking statements with respect to BTB. These statements generally can be identified by use of forward-looking words such as “may”, “will”, “expect”, “estimate”, “anticipate”, “intends”, “believe” or “continue” or the negative thereof or similar variations. The actual results and performance of BTB could differ materially from those expressed or implied by such statements. Such statements are qualified in their entirety by the inherent risks and uncertainties surrounding future expectations. Some important factors that could cause actual results to differ materially from expectations include, among other things, general economic and market factors, competition, changes in government regulation and the factors described from time to time in the documents filed by BTB with the securities regulators in Canada. Forward-looking statements in this news release include namely that the offering is expected to close on or about September 29, 2020, and statements relating to the expected use of proceeds of the offering. The cautionary statements qualify all forward-looking statements attributable to BTB and persons acting on their behalf. Unless otherwise stated or required by applicable law, all forward-looking statements speak only as of the date of this press release.FOR FURTHER QUESTIONS:Mr. Michel Léonard, President and Chief Executive Officer
(T) 514-286-0188 x228
(E) mleonard@btbreit.comMr. Mathieu Bolté, Vice-President and Chief Financial Officer
(T) 514-286-0188 x244
(E) mbolte@btbreit.com 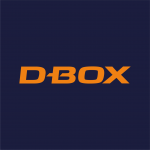 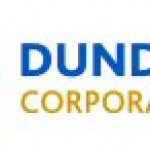