After some inquiries from shareholders, Ceylon would like to highlight from the July 7, 2021 press release LOLC intends to purchase up to an aggregate of 15% of Ceylon shares either as a lead order on a future financing or under separate terms with timing and terms to be detailed in a definitive agreement. We view the strong financial backing from LOLC as a strong validation of our assets and management team that this deal brings.

Furthermore, the company remains focused on bringing operations at K1, M1, H1, P1 as well as six other potential sites under development into production, having combined production potential of 50,00 tonnes per year. The LOLC JV will bring a minimum of three other mines into production with Ceylon off taking all the graphite. This is expected to significantly increase Ceylon’s future production growth profile.

“These are exciting times as we are on the cusp of being able to generate and grow significant high-margin free cash flow to Ceylon’s shareholders and strategic partners,” stated Don Baxter, CEO of Ceylon Graphite.

The corrected news release is as follows:

Ceylon Graphite Corp. (“Ceylon”) (TSX-V: CYL) (OTC: CYLYF) (FSE: CCY) is pleased to announce the execution of a Memorandum of Understanding dated June 30, 2021 (the “MOU”) with two subsidiaries of LOLC Holdings PLC (“LOLC”). Pursuant to the MOU, Ceylon Graphite, through its subsidiary, Plumbago Refining Corp B.V. (“Plumbago”), and LOLC, through its subsidiaries LOLC GEO Technologies Ltd. (“LOLCGT”) and LOLC Advanced Technologies Ltd. (“LOLCAT”), will work together to develop new graphite mines outside of the existing Ceylon portfolio, and to construct and operate a state-of-the-art graphite processing facility in Sri Lanka.

LOLC is the largest corporate conglomerate in Sri Lanka. It recorded the highest profitability in Sri Lankan corporate history in FY 20/21, with LKR 57B (US $285MM) Profit before Tax. LOLC’s portfolio includes leisure, plantations, agri-inputs, renewable energy, construction, manufacturing and trading and other strategic investments, with micro-finance enterprises expanding out to Cambodia, Myanmar, Pakistan, Indonesia, Philippines, Zambia and Nigeria. LOLCGT is the mining arm of LOLC and holds several exploration licenses from the Sri Lanka governments Government Survey and Mining Bureau (“GSMB”). LOLCAT is the research arm for LOLC Group, and a joint owner of Sri Lanka’s first graphene and advanced material company, currently producing graphene from ultra-pure highly crystalline Sri Lankan graphite, and making significant advances in a variety of breakthrough applications involving graphene.
The MOU provides for Ceylon and LOLC to develop and operate a minimum of three mines on grids located near the Government owned Kahatagha Mine, an area known to be rich in high-grade vein graphite, as high grade as 98% Cg. Under the MOU, Ceylon intends to purchase a 10% interest in LOLCGT with an option to buy up to 40% of the company. The development of the new mines will be funded on a pro rata basis, will be operated by Ceylon, and Ceylon will agree to offtake all mine production for further processing.

Further, Ceylon and LOLC will construct an in-country value-add facility to upgrade the mine product further to 99.99% purity, ready for spheronization. This mine production will be in addition to Ceylon’s existing and planned mining operations at K1, M1, H1, P1 as well as six other potential sites under development.

Under the terms of the MOU, LOLC intends to purchase up to an aggregate of 15% of Ceylon shares either as a lead order on a future financing or under separate terms with timing and terms to be detailed in a definitive agreement.

Both parties will also agree to cross-appointments of designates to their respective corporate boards.

“We are excited to embark on this joint venture together with LOLC Group, the most profitable company in Sri Lanka, led by Mr. Ishara Nanayakkara, one of the most respected business leaders in Asia, whose extraordinary vision aligns with Ceylon’s goals in graphite and graphene applications,” stated Don Baxter, CEO of Ceylon Graphite. “We’re delighted LOLC is eager to support the joint venture’s technical strategy to produce a minimum of 50,000 to 100,000 tonnes per year of unparalleled quality spheronized graphite for the rapidly growing anode applications market as well as to collaborate with us and share successes in the graphene production technology.”

“LOLC is pleased to partner with a well-established graphite production company like Ceylon,” said, Danesh Abeyrathne, CEO of LOLC AT. “Together we can work to capture a greater share of the world’s battery anode and graphene applications markets, than we can working separately. This will benefit both our companies as well as the people of Sri Lanka in a significant way.”
The MOU is non-binding and signals the intent of both parties to negotiate in good faith a definitive agreement to reflect the intent and content of the MOU. There is no assurance that such an agreement will be reached.

Donald K.D. Baxter, P. Eng. is a Qualified Person under National Instrument 43-101 and has reviewed and approved the technical information provided in this news release.

Ceylon Graphite is a public company listed on the TSX Venture Exchange that is in the business of mining for graphite, and developing and commercializing innovative graphene and graphite applications and products. Graphite mined in Sri Lanka is known to be some of the purest in the world and has been confirmed to be suitable to be easily upgradable for a range of applications including the high-growth electric vehicle and battery storage markets as well as construction, healthcare and paints and coatings sectors. The Government of Sri Lanka has granted the Company’s wholly owned subsidiary Sarcon Development (Pvt) Ltd. an IML Category A license for its K1 mine and exploration rights in a land package of over 120km². These exploration grids (each one square kilometer in area) cover areas of historic graphite production from the early twentieth century and represent a majority of the known graphite occurrences in Sri Lanka.

Further information regarding the Company is available at www.ceylongraphite.com. 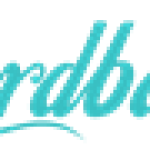