VANCOUVER, British Columbia, July 13, 2021 (GLOBE NEWSWIRE) — Corvus Gold Inc. (“Corvus” or the “Company”) – (TSX: KOR, NASDAQ: KOR) announces it has received an unsolicited, non-binding proposal from AngloGold Ashanti Limited (“AngloGold”) for the acquisition of Corvus Gold Inc. The principal terms of the proposal include AngloGold acquiring all issued and outstanding Corvus shares for consideration of CAD $4.00 per share payable in cash. Management and the Board of Directors, in accordance with their fiduciary duties and consistent with their commitment to maximize shareholder value, are reviewing the proposal and have no further comment at this time. Shareholders are not required to take any action at this time.

Corvus controls 100% of its North Bullfrog Project, which covers approximately 90.5 km2 in southern Nevada.  The property package is made up of a number of private mineral leases of patented federal mining claims and 1,134 federal unpatented mining claims.  The project has excellent infrastructure, being adjacent to a major highway and power corridor as well as a large water right. The Company also controls 445 federal unpatented mining claims on the Mother Lode project which totals approximately 36.5 km2 which it owns 100%.  The total Corvus 100% land ownership now covers over 127 km2, hosting two major new Nevada gold discoveries.

Corvus Gold Inc. is a North American gold exploration and development company, focused on its near-term gold-silver mining project at the North Bullfrog and Mother Lode Districts in Nevada. In addition, the Company controls a number of royalties on other North American exploration properties representing a spectrum of gold, silver and copper projects. Corvus is committed to building shareholder value through new discoveries and the expansion of its projects to maximize share price leverage in an advancing gold and silver market.

On behalf of
Corvus Gold Inc.

This news release contains forward-looking statements and forward-looking information (collectively, “forward-looking statements”) within the meaning of applicable Canadian and US securities legislation.  All statements, other than statements of historical fact, included herein including, without limitation, statements regarding the non-binding proposal received from AngloGold and the terms of any potential transaction, management’s and the Board’s intentions with respect to the proposal, whether any transaction will result from the proposal, the possible events, conditions or financial performance that is based on assumptions about future economic conditions and courses of action; and the potential for any mining or production at the North Bullfrog, Mother Lode and Lynnda Strip projects, are forward-looking statements.  Information concerning mineral resource estimates may be deemed to be forward-looking statements in that it reflects a prediction of the mineralization that would be encountered if a mineral deposit were developed and mined.  Although the Company believes that such statements are reasonable, it can give no assurance that such expectations will prove to be correct.  Forward-looking statements are typically identified by words such as: believe, expect, anticipate, intend, estimate, postulate and similar expressions, or are those, which, by their nature, refer to future events.  The Company cautions investors that any forward-looking statements by the Company are not guarantees of future results or performance, and that actual results may differ materially from those in forward looking statements as a result of various factors, including, but not limited to, changes in the Company’s intentions with respect to the proposal, variations in the nature, quality and quantity of any mineral deposits that may be located, variations in the market price of any mineral products the Company may produce or plan to produce, the Company’s inability to obtain any necessary permits, consents or authorizations required for its activities, the Company’s inability to produce minerals from its properties successfully or profitably, to continue its projected growth, to raise the necessary capital or to be fully able to implement its business strategies, and other risks and uncertainties disclosed in the Company’s 2020 Annual Information Form and latest interim Management Discussion and Analysis filed with certain securities commissions in Canada and the Company’s most recent filings with the United States Securities and Exchange Commission (the “SEC”).  The Company does not undertake to update any forward-looking statements, except in accordance with applicable securities laws.  All of the Company’s Canadian public disclosure filings in Canada may be accessed via www.sedar.com and filings with the SEC may be accessed via www.sec.gov and readers are urged to review these materials, including the technical reports filed with respect to the Company’s mineral properties. 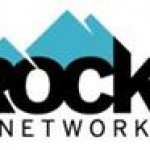 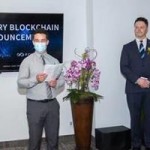