CBJ — A litigation investigator has been appointed to review $3 billion in payments made to Sears Canada shareholders, while the company’s pension fund had a nearly $300 million shortfall.

The appointment comes from Superior Court to look into the claims and report to a committee of creditors with recommendations about litigation to be pursued.

Sears pensioners requested the investigator’s appointment in hopes of recouping some of the money they say has been missing since the company filed for bankruptcy last year.

The workers’ complaints partially target U.S. hedge fund ESL Investments and its CEO Eddie Lampert, who took control of Sears in 2005 and received some of the $3 billion. 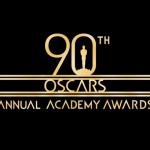