MONTREAL, May 06, 2020 (GLOBE NEWSWIRE) — The Canadian Association of Secured Transportation (CAST) released the following statement in response to the continued refusal by many retailers across Canada to accept cash as a method of payment due to fears of COVID-19 transmission. The COVID-19 pandemic has quite rightly caused us to ramp up our hygiene and cleanliness practices; but it is important that we rely on facts, not fear, before we take measures that have serious consequences. Attempting to prevent the spread of COVID-19 with a ban on cash is a prime example, which can also have moral, societal and economic impacts. Based on the best available scientific literature, handling currency carries little risk of contracting COVID-19. As a representative of organizations that are deeply involved in ensuring and monitoring the delivery and utilization of cash every day across Canada, CAST recommends and endorses adherence to common-sense precautions by consumers and merchants when handling coins and currency. We also believe it is important for the public to be fully and accurately informed, and not misled by unfounded fears surrounding the use of cash compared to other payment methods.   According to Health Canada, coronaviruses “are most commonly spread from an infected person through: respiratory droplets generated when you cough or sneeze; close, prolonged personal contact, such as touching or shaking hands; and, touching something with the virus on it, then touching your mouth, nose or eyes before washing your hands.” The World Health Organization (WHO) says, “There is currently no evidence to confirm or disprove that COVID-19 virus can be transmitted through coins or banknotes. However, respiratory droplets expelled from an infected person can contaminate and persist on surfaces. Wash your hands regularly and thoroughly after touching any frequently-touched surface or object, including coins or banknotes. Avoid touching your eyes, mouth and nose, if your hands are not cleaned.” In addition to the low risk of contracting COVID-19 by handling currency, ensuring the continued availability of the option to pay with cash is also of crucial importance to Canadians who depend upon using currency each day. We are not aware of any reliable scientific evidence indicating that practicing good hygiene, or safeguarding the public’s health, requires consumers and businesses to give up the convenience, security, or privacy protections that cash transactions offer.  Cash is by far the most widely used form of payment and accounts for more than 85% of transactions worldwide. Bank notes are legal tender in Canada, and many citizens use them to obtain essential goods and services. To deprive them of this option is to penalize a large segment of the population. We need only think of the most vulnerable people who do not have access to credit, the many young people without bank accounts, the elderly, the blind, and so on.As reported by various media outlets, the Bank of Canada has also continued to ask retailers to continue accepting cash stating it, “strongly advocates that retailers continue to accept cash to ensure Canadians have access to the goods and services they need. Refusing cash purchases outright will put an undue burden on those who depend on cash and have limited payment options. It’s important to keep in mind that the risks posed from handling cash are no greater than those posed by touching other common surfaces like doorknobs, kitchen counters and handrails. Canadians handling cash should follow the public health guidelines on COVID-19 and wash their hands often, as they would do for other activities.” Bank for International Settlements Bulletin on COVID-19The Switzerland based Bank for International Settlements, whose mission is to serve central banks and which focuses on policy issues of core interest to the central bank and financial supervisory community, recently published a paper stating that scientific evidence suggests that the probability of COVID-19 transmission via banknotes is low when compared with other frequently-touched objects, such as credit card terminals or PIN pads. They also highlight that business refusing or discouraging the use of cash could speed up the shift toward digital payments. This could open a divide in access to payments instruments, which could negatively impact unbanked and older consumers. Journal of Applied and Environmental Microbiology StudyMicrobiologists from the University of Arizona and Michigan State University conducted a study in 2013 to measure “transfer efficiency” on U.S. currency, which is made of a porous material that is a unique blend of 75 percent cotton and 25 percent linen, according to the Department of the Treasury website. The study explored the likelihood that bacteria and viruses could be transmitted from a variety of surfaces, both porous and nonporous, to the hands of people who had touched those services. U.S. currency was selected as one of three porous surfaces (along with six nonporous surfaces, such as metal, glass, and ceramic tile) that were considered. The study, published in the Journal of Applied and Environmental Microbiology, found that U.S. currency, a porous surface, had the lowest average transfer efficiency of any of the surfaces considered – ranging from 0.05 percent to 0.2 percent – while that efficiency was measured at average levels as high as 79.5 percent among the nonporous surfaces. CAST believes, based on the best available scientific literature, that handling currency carries little risk of contracting COVID-19, so long as proper procedures are followed – the same precautions that are recommended in handling debit/credit cards or mobile phones. About the Canadian Association of Secured Transportation:The purpose of the Canadian Association of Secured Transportation (CAST) is to promote and advocate for the interests of Canadian providers of secure transportation of valuables, to provide a venue for beneficial dialogue among members, and to encourage the advancement and excellence of industry standards across Canada and abroad.Media Contact:
Steven Meitin
President, Canadian Association of Secured Transportation (CAST)
contact_cast@cast-acts.ca
www.cast-acts.ca
CBJ Newsmakers 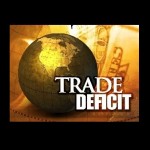