VICTORIA, British Columbia, Feb. 18, 2020 (GLOBE NEWSWIRE) — The Chartered Professional Accountants of British Columbia (CPABC) commends the government for achieving a balanced budget while still investing in social and capital projects. The narrow surplus marks the eighth in a row, estimated at $227 million in fiscal year 2020-21, $179 million in 2021-22, and $374 million in 2022-23.
“The surplus will be largely funded by a personal income tax increase, with the highest provincial marginal tax rate (for taxable income over $220,000) increasing from 16.8 per cent to 20.5 per cent effective January 1, 2020,” said Lori Mathison, FCPA, FCGA, LLB, president and CEO of CPABC. “This could impact the attraction and retention of top talent in the province.”Budget 2020, “A Balanced Plan to Keep BC Moving Forward,” continues to focus on the affordability issues facing residents in the province. The budget aims to make housing, education, and childcare less expensive and more accessible. A new BC Access Grant commits $24 million over the next three years in new funding for students including those in trades, education, and health-care programs that will lead to a degree, diploma, or certificate. The Grant will be supported by revenue generated from the end of a Provincial Sales Tax exemption on sugary drinks beginning July 1, 2020, which is estimated to bring in $30 million in revenue a year.Budget 2020 also provides details on the BC Child Opportunity Benefit starting in October 2020, offering up to $1,600 for families with one child under 18, up to $2,600 for families with two children and up to $3,400 for families with three children.“Making life more affordable is important for both residents and employers across the province,” Mathison continued. “However, the budget offers little to improve B.C.’s tax competitiveness. In the face of global economic uncertainty, it is crucial the government also provides targeted business tax relief to boost productivity and maximize the province’s long-term growth. Economic growth is what drives additional funding for important social and capital projects.”The budget projects real GDP growth will average about 1.9 per cent over the next three years, a significant slow down from the average 2.7 per cent growth rate experienced over the past three years.Budget 2020 also commits considerable resources to economic development. Over the next three years, a record $22.9 billion taxpayer-supported funding is earmarked for infrastructure development across the province, including major transit projects such as the Broadway Line, Kicking Horse High Canyon Project, Pattullo Bridge, and upgrades to several highway corridors. In total, the capital projects will support 100,000 direct and indirect jobs during construction.“These investments will fuel economic growth over the short-term and provide long-term benefits once complete. Funding transportation infrastructure makes our communities more productive by allowing people and goods to move around more efficiently,” Mathison noted.Budget 2020 also provides an additional $419 million towards CleanBC, BC’s climate action strategy, including $155 million in new funding for the CleanBC Program for Industry. This will help large industrial operators in B.C. invest in emission reduction projects and provide financial incentives for those who reduce their emissions to world-leading benchmark levels.About CPA British ColumbiaThe Chartered Professional Accountants of British Columbia (CPABC) is the training, governing, and regulatory body for over 37,000 CPA members and 5,000 CPA students and candidates. CPABC carries out its primary mission to protect the public by enforcing the highest professional and ethical standards and contributing to the advancement of public policy.For more information, contact:
Vivian Tse, Manager, Communications
604.488.2647
vtse@bccpa.ca
CBJ Newsmakers 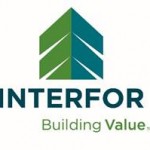 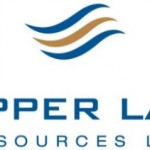