TORONTO, Jan. 28, 2020 (GLOBE NEWSWIRE) — Toronto’s William (Bill) Thomas, FCPA, FCA, Global Chairman and Chief Executive Officer of KPMG International, was honoured with a Lifetime Achievement Award by the Chartered Professional Accountants of British Columbia (CPABC). The award recognizes Thomas’s sustained distinction in his career, community service, and work within the CPA profession.
Bill Thomas, FCPA, FCA, is the Global Chairman and CEO for KPMG International, a role to which he was appointed in 2017; he has served in senior positions with the firm since 2008. A testament to his strategic, forward-focused leadership, Thomas has made extraordinary contributions to KPMG at the provincial, national, regional, and now global levels.Thomas is known for his exceptional ability to gather consensus. As CEO and Senior Partner with KPMG Canada in Toronto (2009-2016), he introduced several major initiatives that required an unprecedented level of partner and team buy-in. As Global Chairman and CEO, he has led fellow executives in developing a global strategy to address disruptive technologies and capitalize on their opportunities.He is also recognized for building trust and cooperation among diverse leadership. While serving as chair of KPMG’s Americas Region (2014-2017), Thomas increased collaboration among multiple stakeholders to ultimately enable them to undertake projects that propelled the region forward, including implementing an Americas-wide operating model.A champion of diversity, Thomas established KPMG’s National Executive Diversity Council and in 2014 launched KPMG’s diversity strategy. He is a founding member of the 30% Club Canada, an organization dedicated to improving gender balance on boards and in management. In 2015, his efforts were recognized with a Catalyst Canada Honours Champion award for accelerating progress for women through workplace inclusion. Thomas has supported the profession by serving with his legacy body’s National Firms Forum and as a board governor with its school of business. And he has made mentorship a key pillar of his leadership, sharing his insight with young accounting professionals.His community efforts are equally impressive. Thomas has volunteered since 2010 with WE charity, an international charity and education partner. He was also a member of the Catalyst Canada Advisory Board and has volunteered with St. Michael’s Hospital Foundation in Toronto.Thomas’s contributions to business and the greater community were honoured with the Queen Elizabeth II Diamond Jubilee Medal in 2012. He was elected to fellowship in 2008.Quote from Lori Mathison, FCPA, FCGA, LLB, president and CEO of CPABC
“Bill is truly deserving of the Lifetime Achievement Award. His dedication to advancing the CPA profession and to his community is truly remarkable. Bill’s contributions are invaluable and we are extremely proud of his achievements.”NOTE TO JOURNALISTS: Individual profiles and publication quality photos of the recipients are available by request.About CPA British Columbia
The Chartered Professional Accountants of British Columbia (CPABC) is the training, governing, and regulatory body for over 37,000 CPA members and 5,000 CPA candidates. CPABC carries out its primary mission to protect the public by enforcing the highest professional and ethical standards and contributing to the advancement of public policy.Media Contact:
Vivian Tse, Manager, Communications
604.488.2647
CBJ Newsmakers 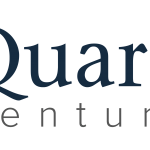 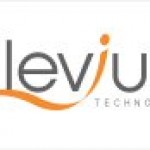