DUNCAN, British Columbia, Nov. 03, 2020 (GLOBE NEWSWIRE) — According to the BC Check-Up: Work, an annual report by the Chartered Professional Accountants of British Columbia (CPABC) on employment trends across the province, Vancouver Island’s unemployment rate increased to 10.3 per cent in Summer 2020 (June to August), up over six percentage points from the same time last year.
“It is worrying to see the region’s long run of low unemployment rates flip so suddenly, but it’s not surprising given the COVID-19 pandemic,” said Woody Hayes, FCPA, FCA. “Summer employment outside of Greater Victoria was down by around 8,000 jobs compared to last year. While disconcerting, the situation has markedly improved since the spring when employment was down closer to 30,000, and it continued to improve in September.” September marked the fourth consecutive month of job gains in the region, bringing employment closer to pre-pandemic levels. However, the unemployment rate remained at 9.3 per cent, and despite strong gains in September, the goods sector continues to take the brunt of the damage. In September, it employed 40,900, down 3,600 positions compared to last year, representing a decline of 8.1 per cent. The hardest hit industries were construction and manufacturing, where the workforce in both declined over a fifth compared to last year. “While the data shows a dip in construction employment, this is expected to be a short-term trend as residential starts slowed compared to last year. It is also important to keep in mind that last year’s construction sector was particularly strong, and the employment levels in September are comparable to years prior to 2019,” continued Hayes. “Thankfully, strength in agriculture and natural resource employment, particularly in forestry, has helped mitigate damage to the region’s workforce.”Some service industries also experienced considerable job disruption, in particular those related to non-essential services. For instance, employment in “other services” (e.g. personal and household) declined by nearly a third in September compared to last year, a decline of 3,500 jobs. “Despite faring considerably better than the Lower Mainland, our region is not immune to the economic impact of the pandemic,” concluded Hayes. “Going forward, we need to facilitate a strong framework for continued development of the region’s resource industries and infrastructure development to ensure we can return to the strong economic growth the region has experienced over the past number of years.”To learn more, see www.bccheckup.com. Data is from Statistics Canada Labour Force Survey. Monthly data follows a moving three-month average and is not seasonally adjusted. About CPA British Columbia
The Chartered Professional Accountants of British Columbia (CPABC) is the training, governing, and regulatory body for over 37,000 CPA members and 5,000 CPA students. CPABC carries out its primary mission to protect the public by enforcing the highest professional and ethical standards and contributing to the advancement of public policy. CPAs are recognized internationally for bringing superior financial expertise, strategic thinking, business insight, and leadership to organizations.For more information:
Aaron Aerts, CPABC Economist
604-442-9161 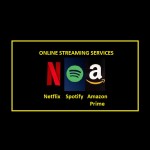 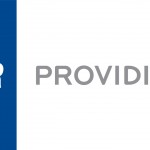