VANCOUVER, British Columbia, Feb. 26, 2021 (GLOBE NEWSWIRE) — The Chartered Professional Accountants of British Columbia is pleased to honour six Vancouver-based chartered professional accountants with a fellowship designation (FCPA) for their outstanding contributions to their community, the CPA profession, and/or for their professional accomplishments. The six honorees are:
Salma Bhaloo, FCPA, FCGA is the assistant director, audit at the Canada Revenue Agency and is an outstanding volunteer in her community. A champion of workplace diversity and inclusion, Bhaloo currently advances equity in the workplace as the national portfolio lead for women on the CRA’s Diversity and Inclusion Committee. As a national director of HR and volunteer engagement with World Partnership Walk, Bhaloo leads the recruitment, onboarding, and retention of over 2,000 volunteers. In 2013, she volunteered with the Aga Khan Trust for Culture to conduct internal audits in Afghanistan and Mali. Her leadership was recognized with the CRA Award of Excellence (2010) and Queen Elizabeth II Diamond Jubilee Medal (2012).Bruce Chan, FCPA, FCA is the board chair of TK Foundation a Bahamian-based charitable trust that supports disadvantaged youth and promotes maritime education and safety. Chan has served with Royal Canadian Marine Search and Rescue for over 20 years as a board director and lifeboat coxswain, where he is on call to lead rescue crews during marine emergencies. In 2019, Chan received the Canadian Coast Guard Auxiliary Operational Merit Medal for his role in the rescue of five people. Chan is also a board director with the Vancouver Fraser Port Authority, BC Ferries, and the Lions Gate Hospital Foundation, where he led the creation of the foundation’s COVID-19 Emergency Response Fund.David Garofalo, FCPA, FCA is the CEO and board chair of Gold Royalty Corp., an emerging precious metals royalty company, and chair of the board of Great Panther Mining Limited, a precious metal producer. Dedicated to giving back to his community, Garofalo is a mentor with the Young Presidents’ Organization, has shared his insight on policy matters as a board director with the Greater Vancouver Board of Trade, and is currently deputy chair of the Vancouver Symphony Orchestra. Since 2019, he has also been a trustee of the Christie and David Garofalo Family Foundation, supporting arts and health-based charities in B.C. In recognition of his leadership, Garofalo was named Canada’s CFO of the Year in 2009 by Financial Executives International Canada and Mining Person of the Year in 2012 by Northern Miner.Lara Greguric, FCPA, FCA is the executive vice-president of learning at the CPA Western School of Business. Greguric uses her considerable skills to lead innovative change within the profession. As chair of the national Pre-Certification Education Directors Committee, Greguric strengthened the profession’s attractiveness and relevance through innovative curriculum changes. Her volunteer contributions are equally impressive. As chair of the North Vancouver District Public Library Board, she guides the board through strategic planning, reviews of financial policies, and budget submissions. Greguric also serves as an advisory committee member with numerous post-secondary institutions and shares her insight in BC Business Deans meetings.Alan Peretz, FCPA, FCA is a partner in KPMG’s Vancouver office and has been the regional business unit leader of its advisory practice since 2015. Concurrently, he has served as the BC leader of the firm’s management consulting practice. Peretz was instrumental in the launch of KPMG Ignition Vancouver, which facilitates the integration of data and analytics with strategy and risk advisory services. Peretz has given back for over 30 years, including with the United Way of the Lower Mainland, BC Children’s Hospital Foundation, and the Heart and Stroke Foundation of Canada. Since 2012, he has served as a board director with Streetohome Foundation, an organization that supports people who are or are at risk of becoming homeless.Jill Tipping, FCPA, FCA is the president and CEO of BC Tech Association. Known as an outstanding advocate for BC’s tech sector, Tipping was named to the Power 50 list by Vancouver Magazine in 2019. Also committed to diversity and inclusion in the tech industry, she launched BC Tech’s #WhatWorks series of events and introduced a Technology Impact Award for excellence in diversity and inclusion. She more than doubled the number of women on the BC Tech board within a year and has embraced the Government of Canada’s 50-30 Challenge. An advisory committee member with Science World’s Symbiosis, Tipping advances the project’s goal to ensure access to educational opportunities in STEM. She is also a board director with the Vancouver Symphony Orchestra.Quote from Lori Mathison, FCPA, FCGA, LLB, President and CEO of CPABC
“We are pleased to honour these six Vancouver-based CPAs with a fellowship designation. With their wide and impressive range of skills and experiences, they represent the very best of our profession. We are proud of their career accomplishments and of their tireless contributions to either the CPA profession or their communities. They are truly deserving of this recognition.”About CPA British Columbia
The Chartered Professional Accountants of British Columbia (CPABC) is the training, governing, and regulatory body for over 37,000 CPA members and 5,500 CPA candidates and candidates. CPABC carries out its primary mission to protect the public by enforcing the highest professional and ethical standards and contributing to the advancement of public policy.Media Contact:
Vivian Tse, Manager, Communications
604.488.2647 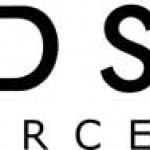 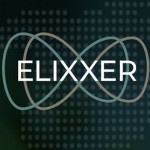