SMITHERS, British Columbia, Feb. 18, 2021 (GLOBE NEWSWIRE) — According to BC Check-Up: Invest, an annual report by the Chartered Professional Accountants of British Columbia (CPABC) on investment trends across the province, the number of housing units that began construction in Northwest B.C. declined by 40.8 per cent in 2020 compared to the number started in 2019.
“In a year of great economic uncertainty, the number of housing starts declined in the region’s two largest municipalities, Terrace and Prince Rupert,” said Jeanne MacNeil, CPA, CA, partner at Edmison Mehr Chartered Professional Accountants. “This was led by a decline in the number of attached starts, with no new units started through all of 2020.”Overall, 42 units began construction in 2020 in Prince Rupert and Terrace, down from the 71 units started in 2019. Breaking it down by municipality, there were 34 housing starts in Terrace in 2020, down from 51 in 2019; and 8 for Prince Rupert, down from 20. The region has seen the number of attached starts, which include units such as condos, apartments, and townhomes, erode to zero in 2020 from 20 in 2019 and 135 in 2018.“The low level of starts is particularly worrying as housing demand has been very strong recently in many of the region’s municipalities and prices have been on the rise. This situation will put significant pressure on housing affordability in the region,” continued MacNeil. “However, while housing starts were low in 2020, major project capital investment continues to grow in Northwest B.C. Going forward, mega projects such as LNG Canada should help attract more housing developments and drive our economic recovery.”The total estimated capital cost of all proposed, under construction and on-hold major projects– defined as projects with a cost of over $15,000,000 – in Northwest B.C. stood at $171.8 billion in Q3 2020, up 0.4 per cent compared to Q3 2019. The largest project under construction continues to be the LNG Canada Facility ($36 billion), which first began construction in 2018.“Our region has not been immune to the economic fallout from the COVID-19 pandemic. However, having established major infrastructure projects under construction in the region has helped provide economic stability throughout the pandemic,” continued MacNeil. “With several other major projects also slated to begin construction in 2021, economic activity should expand.”There are currently 54 proposed projects worth $121.0 billion, with several expected to come online over the next few years. In the short-term, it is anticipated that three large projects will begin construction at some point in 2021, accounting for an estimated $31.8 billion of capital investment. They are the Kitimat Clean Oil Refinery ($22 billion), KSM Gold/Copper Mine ($5.3 billion), and Kitimat LNG facility ($4.5 billion).“Economic activity in the region is largely driven by natural resource projects. In fact, the region’s major projects account for over half of the capital allocated across the entire province, and most are natural resource related,” concluded MacNeil. “Going forward, it will be critical for our economic recovery to support these projects and ensure the economic benefits are realized across the region and boost our residents’ economic livelihood.”To learn more, see www.bccheckup.com.For more information:
Vivian Tse, Manager, Communications
604.488.2647
[email protected]
________________________________________
About CPA British Columbia
The Chartered Professional Accountants of British Columbia (CPABC) is the training, governing, and regulatory body for over 37,000 CPA members and 5,500 CPA students. CPABC carries out its primary mission to protect the public by enforcing the highest professional and ethical standards and contributing to the advancement of public policy. CPAs are recognized internationally for bringing superior financial expertise, strategic thinking, business insight, and leadership to organizations. 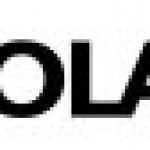 Colabor Announces the Conclusion of Its Refinancing and the Issuance of a Notice of Redemption of Its Outstanding 6.0% Convertible Unsecured Subordinated Debentures 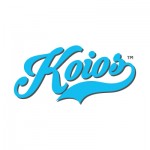 Koios Beverages to be Sold in all Market of Choice Supermarkets in Oregon Starting March 15, 2021